What to Expect When You’re Telling the Truth: A Guide for Whistle-Blowers

A great post by my friend Jenell Paris, who is Professor of Anthropology at Messiah College.

I grew up fundamentalist; conservative in things political, religious, and sexual. The sexual scandals of Jim Bakker and Jimmy Swaggart came as a rude awakening in my formative years. Ruder still, when my pastor was found guilty of molesting dozens of boys. Since then, in my immediate circles I’ve known a pastor harassing college students, three in affairs with parishioners, and another covering up an affair.

In national news, such stories are in constant supply, from all sectors of Christianity. Starting last fall, a new spate: the great Mennonite theologian John Howard Yoder sexually abused women physically and theologically. A recently released list of credibly accused Catholic priests in the Minneapolis/St. Paul Diocese includes thirty names; the list at just one Minnesota Catholic university includes eighteen. A group of former Bill Gothard followers expose him as a sexual predator and spiritual abuser.

Deviants abound, but so do heroes; people who insist on bringing the truth to light. 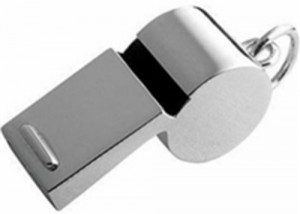 Is there someone in your life, church, or religious circle who uses their power to manipulate, dehumanize, molest, or otherwise violate your well-being, of that of people you care about? Are you thinking of blowing the whistle?

Maybe you’re hoping people will believe you. They’ll reject the legitimacy abusers’ authority, withdrawing their consent to be led and taught by them. They’ll stop the abuse from happening to others. Maybe they’ll even thank you for your bravery.

This could happen, but don’t count on it. Prepare yourself for a more likely scenario, one that plays out like a formulaic script in religious settings where leaders abuse power.

Scene 1: You answer the clear and relentless call of your conscience. You saw something, so you say something.

Scene 2: The response: a few people might listen well. Some might take decisive and quick action. More likely, however, you’ve inflamed people’s fear of seeing their leader fall off a moral pedestal. You’ve raised the possibility that an institution that carries tradition, holds resources, and administers sacred rites may be flawed, even to a diabolical degree. This fear is often more painful to them than whatever harm you might have experienced or observed.

Accordingly, responses may begin with the word “You.”

– You are alone. No one else has ever complained about this person. If you’re right, which you likely are not, it must be an isolated incident.

– You are wrong. Your perceptions are off, memory flawed, mind confused. You didn’t see what you saw. You don’t know what you know. Your truth is nothing more than a mistake, or a lie.

– You are angry. You are pushy and loud; you just won’t let it go. If you’re female, you’re unfeminine, disrespecting godly authority. In fact, perhaps the real issue here is why you are such an angry person.

– You are bad. Good people are faithful, prayerful, and obedient. You are untrusting, unfaithful, and unloving. You need to pray more.

– But he did so many other good things. Let’s focus on his preaching, his books, and his public ministry. Let’s not throw out the baby with the bathwater.

– But that was a long time ago. The stories you’re telling are from years ago, or months ago, or weeks ago. It’s probably not still happening. Surely he’s worked on his issues.

– But you need to forgive. You say you want truth told, but consider how hard that would be for everyone to hear. We can’t undo what happened, so just forgive, let go, and quiet down.

Scene 4: The script often ends in one of two ways. The first is that justice remains undone. The truth isn’t told, or if told, isn’t heard. The abuser either continues in ministry, or is rewarded with higher status for having suffered your accusations. The whistle-blower moves away and moves on, or lives with a damaged reputation within the community that continues to support the abuser.

The second is that justice is done; the truth is told, the air is cleared, the abuser is held accountable, and the victims are offered meaningful support and recompense. In this scenario, the people who said, “You…” and “But…” instantly change position, and claim to have been concerned, supportive, aware, and on the case all along. You weren’t in it for glory, but still, it is painful when your contribution is minimized or ignored.

Given this deplorable cultural script — boring in its predictability yet soul-stabbing in each particularity — is it worth stepping onto the stage and raising your voice to speak?

The abuser could be called to account; systems and institutions can change. The likelihood in any given case is probably small, but nonetheless, very real. If this doesn’t happen — should the abuser continue with acclaim, and the institution or community crush you in order to protect itself – there still is gain.

It’s the blessing Jesus extends to the reviled. “Blessed are you when others revile you and persecute you and utter all kinds of evil against you falsely on my account” (Mt. 5:11).

And to those who hunger and thirst for righteousness: “they shall be satisfied.” And to the peacemakers, because truth and accountability – not niceness or silent submission — is the path to peace.

This blessing is not for the afterlife and not for the spirit alone; it is real and tangible in the here and now. It is the kingdom of God. The blessed:

– Enjoy the unburdening – lightness, some even say – that comes with telling painful and necessary truths.

– Empathize and stand in solidarity with every other person who has lived with or near abuse.

– Appreciate, from an insider’s perspective, the dynamics of injustice and the slowness of righteousness. The blessed reject, once and for all, religious platitudes about God being in control, or all things working together for good, or the virtue of suffering in silence.

– Know reconciliation and forgiveness is more than quietude. The blessed savor the dignity that comes with asking for all that true reconciliation requires, regardless of the response.

Prospective whistle-blowers, count the cost: additional trauma, shunning or judgment, loss of employment, position, or reputation, and the possibility that meaningful change will prove elusive. Your answer will emerge from your conscience and from the sacred voice that speaks, in various ways, to each of us. It may be ‘no’, or ‘not yet.’ It may be ‘yes’, in a certain time and way.

Count the cost, and then do what you have to do. There’s no telling what will happen, except for one thing that is absolutely predictable. You will be blessed, and not with trinkets like propriety or approval, but with the resolute blessing of a dignified life adorned with wisdom and courage. 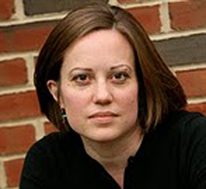 Jenell Paris is professor of anthropology at Messiah College. She wrote this article as a show of support for Recovering Grace.