I’ve been wondering when people would start talking about this possibility:

President Obama is reportedly considering tapping New York governor Andrew Cuomo to take the place of Vice President Joe Biden in the upcoming 2012 presidential election, a move that could add a fresh face to the Obama administration.

There are many reasons why this might make sense.  Among them:

In the right venues, the Obama/Cuomo campaign would play up the possibility that Cuomo could accomplish on a national level what he did on a state level, making gay marriage legal.  You don’t think that would bring in a tremendous amount of money from wealthy gays in New York and California, and a tremendous amount of support from the media, entertainment, and academic sectors?

Are there any reasons not to do it?  Let me know if you think of others, but here are the ones that come to mind for me: 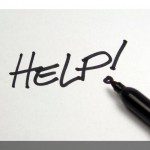