When “Don’t question my patriotism!” became the imperative of choice for the stylish liberal in the run-up to the 2004 election, I was a doctoral student at Harvard.  The very same faculty who spent half their time indicting the United States as the world’s foremost state sponsor of terrorism struck an indignant pose when they imagined their patriotism was under review.  Whether they were offended at the allegation that they did not love their country, or offended at the suggestion that they should, varied from professor to professor.

Now, I can imagine the outrage of my liberal friends as they prepare to tell me how the Star-Spangled Banner brings a lump to their throats and a soaring feeling to their hearts.  So let me clarify that I’m not questioning the patriotism of Democrats.  Plenty of Democrats have demonstrated their patriotism beyond reproach.  Neither am I attacking all liberals, or all ultra-liberals.  I’m not attacking anyone.  It’s no sin to be unpatriotic.  This is merely an observation that many of liberalism’s intellectual elites are (1) deeply uncomfortable with the concept of patriotism, and (2) find America especially undeserving of love and loyalty.

Is Patriotism Really a Virtue?

The answer of course depends on the meaning of the term.  The liberal elites of whom I speak witness public displays of patriotism amongst the masses and fear that that kind of patriotism is tantamount to nationalism, and it leads to war and totalitarianism because it persuades the benighted masses to defend their country and support their leaders without question.  Flags and lapel pins and the pledge of allegiance, not to mention Memorial Day and Independence Day, are just so many pieces of propaganda that serve to raise children in automatic loyalty to the machinery of the state.

In fact, many of my ultra-liberal colleagues wondered whether the time had come to leave behind national loyalties altogether and cultivate a more global consciousness.  Aren’t national loyalties behind so many of the conflicts we have fought?  Aren’t they behind the countless ways in which strong countries exploit the weak?  Aren’t they relics of a less interconnected age, an age when we knew nothing and imagined the worst of people who lived on the other side of the world?  Now we reside in the global village.  The problems we face are global in scope, and require global solutions.  If we do not see ourselves first and foremost as “citizens of the world,” then we’ll never to put aside our short-term provincial interests and pursue what’s ultimately best for all.

This is an important conversation to have.  Do some forms of patriotism encourage unquestioning obedience, while others are more salutary?  Or, as we’ve discussed at length at Patheos’ Evangelical Portal, what differentiates patriotism from nationalism, or patriotism from idolatry?  Many Christian intellectuals, especially progressives, have wondered whether it’s appropriate for Christians to harbor national loyalties at all, or whether they become objects of worship or obstruct commitment to the kingdom of God.

Does America Deserve Our Loyalty?

I’ll say more on the definition of patriotism shortly — but hard-core liberals in academic circles question not only the concept of patriotism, but devotion specifically to America.  It was easy to see that many of these same academics would have found patriotism much more natural if they had lived, say, in Switzerland or Denmark or the France of Jacques Chirac.  Again, this is less a criticism than an observation.  Given their way of viewing the world, given what they believed about America, how could they feel otherwise?

According to the standard far-Left narrative, America was birthed in bloodshed and the extermination of the native population, founded by slave-owning white “fathers,” grew and expanded through conquest and slave labor, polluted the world, exported its brand of exploitative capitalism at gunpoint, used the Cold War to justify a series of global military misadventures, and even now continues to perpetuate sexism and racism, rape the third world, poison the earth, and make the wealthy wealthier and the poor poorer.  Given this view of America, why should they be patriotic?

The Left likes to claim — another Patheos blogger, Roger Olson, made the case just yesterday — that there are some on the Right who “reject as disloyal all criticism” of country or government.  I’ve never met such a person.  The Right presently seems perfectly willing to criticize government (or have they thought it disloyal to criticize the Obama administration?), and I’ve met none on the Right who do not agree that slavery and our treatment of Native Americans were horrible wrongs.  But let us grant that there are some on the Far Right who turn a blind eye to the faults of the country — if others will grant that the Far Left turns a blind eye to America’s virtues and achievements.

Patriotism, in my definition, is a love of country that comprehends the country’s faults as well as its virtues, and that compels criticism of government when it ill-serves the country and support of government when it serves the country well.  Yet I met many in the lovely groves of academe who were so seized the country’s faults that they could not see its virtues.  They even disliked America for aesthetic and religious reasons; after visits to Europe, they found Americans so crude, so gauche, so unsophisticated and so backwardly religious.  It’s hard to be proud of America when you’re ashamed of Americans.

As one such colleague told me before Independence Day, “How can I celebrate a country that’s done the things our country has done?”  When I pointed to all of the remarkable achievements and contributions of our nation, she found convenient ways of dismissing them.  When I explained why I believe that the United States has done extraordinary good for humankind, she was astonished that anyone should say such a thing.

In a sense, I can’t blame her.  It was no character flaw that inspired her anti-patriotism.  Her caricature of America’s history and character was merely a product of her education.  It is an ideological disease that has overtaken some precincts of ultra-liberal academia, especially in the humanities, and infected the way in which American history was taught to her.  Given what she believed of America, how could she be patriotic?

So rather than railing against the anti-patriotism of the ultra-liberal elites, it’s imperative that we teach a better history.  Not a history that ignores the faults, because someone like my colleague will reject it out of hand.  A history that acknowledges those faults, places them in context and perspective, and points just as fulsomely to our achievements.  But let’s begin there — not with silly posturing over who swoons more over the Star-Spangled Banner.  For those who do not love America, simply say so.  Then we can have a frank conversation about whether America and her people are deserving of affection and loyalty. 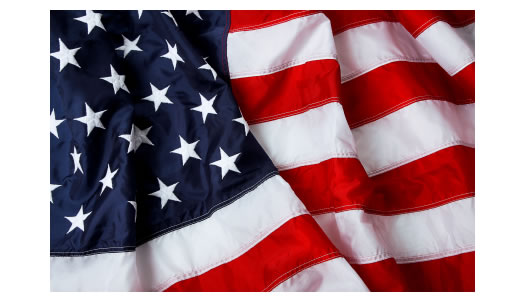