A very important and informative article by my friend Mark Tooley. 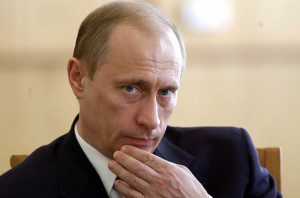 In his widely analyzed March 18 speech to the Russian Parliament, Putin cited the baptism of Vladimir the Great over 1000 years ago in Crimea as the seminal event binding Ukraine and Russia. That baptism is considered the birth of Russian Orthodoxy. Orthodox faith has been key to Moscow’s historic self conceived role as defender of all Russians, of Slavs, and of Orthodox, wherever they are.

Putin has formed a close association with Russian Orthodoxy, as Russian rulers typically have across centuries. He is smart to do so, as Russia has experienced somewhat of a spiritual revival. Although regular church goers remain a small minority, strong majorities of Russians now identify as Orthodox. Orthodoxy is widely and understandably seen as the spiritual remedy to the cavernous spiritual vacuum left by over 70 disastrous, often murderous years of Bolshevism.

It remains to be seen whether geopolitical tensions over Putin’s moves in Russia temper this alliance. A few liberal commentators have predictably denounced it as toxic. A few conservative commentators have cautioned against saber rattling against Russia, whose religious revival they hope might counter Western secularism. A realistic perspective should welcome Christian vitality in Russia while recognizing it won’t necessarily mitigate and may in fact reinforce Russia as a strategic competitor with the West. East-West rivalry predates Soviet Communism by a millennium.

Historically Moscow politically and religiously has understood itself as the “third Rome” and the natural successor to Constantinople as protector of Orthodox civilization. The formal schism between Eastern and Western churches a thousand years ago created an unhealed civilizational divide. Western powers have periodically sought Russian alliance against common foes. But just as often Western powers have warred with or at least sought to contain Russia.

Britain and France of course, 100 years ago this year, aligned with Russia against Germany, Austria and the Ottomans.  World War I, among its other horrors, replaced Czarist Christian Russia with Bolshevik atheism, mass murder and gulags. Excepting World War II, Russia and the West were again adversaries for 70 years. The Yeltsin era after the Soviet collapse briefly, perhaps superficially brought Russia into political commonality with the West. Putin’s more assertive and authoritarian understanding of Russian nationhood, which he sometimes frosts with religious rhetoric, which might even be sincere, has once again returned Russia into a strategic adversary for the West.

Among Putin’s political emoluments are renewed claims of Moscow as protector for Russian, Slavic and Orthodox people wherever. Hence, Putin sided with the Serbs over Kosovo, putatively with Syria’s Christians and their purported Alawite protectors, with dissident regions in Georgia and Ukraine. His self-identity as counterweight to the West also has aligned him with Iran’s Shiite regime.

In his adopted role as Great Russian Nationalist Putin is not a Stalin or a Hitler but a modern czar resuming old understandings and habits. The “great game” of the 19th century has resumed, with no fewer chess pieces on the board. This game seems archaic, and Secretary Kerry has mocked Putin as a 19th Century figure retro in our own time.

The other once great imperial game players have long since dissolved their empires and exchanged territorial acquisition for democratic market economics. They have also subsumed themselves under the American economic and military umbrella, a subordinate role that does not interest Putin.

Putin’s church, in keeping with its history, is largely supportive of his version of a revived Russia. The Patriarch in Moscow, unlike many pseudo pacifist Western church prelates, does not recoil from blessing even Russia’s nuclear arsenal as instrumental to his nation’s security. Such nationalist loyalties by a bishop seem retrograde and even scary to many Western elites, who dream of a post nation state world.

One shrill liberal religion columnist has bewailed Russian religious and nationalist revival as commensurate with America’s Tea Party, which is the worst kind of insult for a leftist. Some religiously conservative Americans are tempted to minimize Russian authoritarianism and expansionism in homage to renewed Russian religiosity, in contrast with the West’s accelerating Kulturkampf against traditional Christianity.

The challenge is to view an increasingly religious Russia on several interlocking levels that range from ennobling to pernicious to banal. Americans of all ideological stripes more typically prefer clear villains and heroes. Churchill famously proposed that Russia is a “riddle, wrapped in a mystery, inside an enigma; but perhaps there is a key. That key is Russian national interest.”

Religious moralists, especially American, cringe from acknowledging the intrinsic, pervasive nature of self interest much less national interest. But they will need to try, as it relates to Russia, and to America. 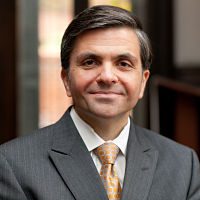 March 31, 2014
Where Franklin Graham Has Gone Wrong
Next Post