Palate Cleanser: If you missed it, check out the US women’s astonishing win over Brazil in the quarterfinals of the FIFA World Cup.

1.  If you haven’t been following the twists and turns of the budget and debt-ceiling debate, now might be the time, as we’re entering the final stretch.  Get caught up here.

2.  Alan Dershowitz explains why “The System Worked” in the Casey Anthony trial.  An important part:

The verdict in the Casey Anthony case reflected the lack of forensic evidence and heavy reliance on circumstantial inferences. There was no evidence of a cause of death, the time of death, or the circumstances surrounding the actual death of this young girl. There was sufficient circumstantial evidence from which the jury could have inferred homicide. But a reasonable jury could also have rejected that conclusion, as this jury apparently did. There are hundreds of defendants now in prison, some even on death row, based on less persuasive evidence than was presented in this case.

Juries are not computers. They are composed of human beings who evaluate evidence differently. The prosecutors in this case did the best they could with the evidence they had, though I believe they made a serious mistake in charging Casey Anthony with capital murder and introducing questionable evidence, such as that relating to the “smell of death” inside the trunk of Casey Anthony’s car.

Since the end of the recession, which lasted from 2007 to 2009, the overall unemployment rate has fallen from 9.4 to 9.1 percent, while the black unemployment rate has risen from 14.7 to 16.2 percent, according to the Department of Labor. Last April, black male unemployment hit the highest rate since the government began keeping track in 1972. Only 56.9 percent of black men over 20 were working, compared with 68.1 percent of white men.

1.  Peter Leithart with an interesting these in First Things:

I’m here to assure the Andrew Sullivans out there that America has nothing to fear from Palin. Even if she becomes leader of the free world, she will cause barely a ripple in the surface of American culture. It’s not just that her views are widely shared, or that she demonstrated uncommon courage, vision, and competence during her time as governor of Alaska. She’s no threat because she swims so easily in the eddies of the Zeitgeist. Rightwing she is on political hot buttons, but culturally she is as cheerily, effortlessly postmodern as they come. Palin is not a threat to the American way of life. She is the American way of life, a.d. 2011.

2.   “Bachmann, Palin, and the Trouble with Evangelical Feminism.”

3.  From our own David French, “A Personal Guide to Fighting Poverty.” 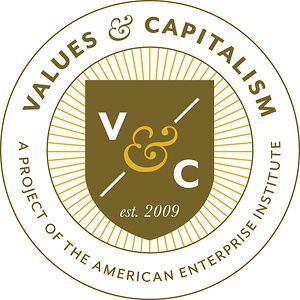