1.  OBAMA: THE MAN WITH THE PLAN?  Although it contains a generous helping of the usual Obama-adoration (“He’s Tiger Woods — a natural who’s lost his swing”) from someone whose own sensibilities align with the President’s in almost every particular, Thomas Friedman’s column today is worth reading if only for this point: “People don’t want to cheer just the man anymore. They want to cheer the man and his plan — a real plan, not just generalities and tactics to get him re-elected with 50.0001 percent and no real mandate to do what’s needed to fix the country now.”

It might be better to say that in 2008, the man was the plan.  Those on the Left, and not a few from the Center, had spent so long blaming Bush for everything that it seemed apparent that replacing Bush with someone smarter, more modern, more global and cosmopolitan, would cause our problems to go away.  Since the problem was a man (Bush), the solution was a man (Obama) who seemed the opposite.  There was no need for specifics, since Obama was a person of supernatural intelligence, charm and skill, and surely he could solve our economic and foreign affairs challenges.

In other words, the plan was: put the right man in place, and let him come up with a plan.  This failed, in part because the man (I believe) is less than many thought he was, because the plans he’s developed and implemented have been less successful than we all would have hoped, and — in all probability — because the problem was not Bush in the first place.  Just as ‘the man’ in this case is not the solution, the man in that case was not the problem.

What astounds me is that Obama’s struggles against the same forces that beset Bush, and his continuation (and in some cases doubling-down) of countless Bush administration policies, has not led more Obama supporters to reassess their full-throated condemnations of Bush.  If Obama had reversed course, then one might plausibly make the case that he’s still fighting against the Bush legacy, struggling to overcome the problems that Bush left him.  His policies suggest, however, that Obama would not have done much different from Bush, with the possible exception of “tax cuts for the rich” and the war in Iraq.  Neither of these, however, is a major contributor to our current woes.

2.  UNIONS AND POLITICIANS.  Although this is not the way in which his article is framed, Steven Malanaga illustrates the dangers of public employee unions and the incestuous relationships that often form between them and politicians in the states they dominate.  When there is a large public union contingent, then politicians can effectively purchase votes by promising more and more for the unions in compensation and pensions, regardless of whether they are actually able (at present levels of revenue) to meet those obligations.  Then, when the state employee pension systems begin to bleed red ink, the state politicos have to scramble for more and more revenue, which makes the state increasingly hostile to business growth.  This only drives more employees into the hands of the state, and the cycle continues, with ever higher pension obligations and ever lower amounts of revenue.  The politicians become more beholden to the state employee unions, and the corruption grows deeper as the game of favoritism and kickbacks grows more intense, and private employers are driven from the field:

In New Jersey’s case, politicians made promises they couldn’t afford to keep in the form of enhanced pension benefits during a statewide election year in 2001, and then they went a decade contributing virtually nothing to the pension system. The state’s annual pension bill should be about $3 billion, but money has been flying out of the New Jersey pension funds in the form of retiree payments for years, with little coming in.

The math is ugly: last year, a study by George Mason University’s Mercatus Center estimated the funds were paying out nearly $6 billion a year in benefits, but they’ve been taking in only about $1.5 billion in employee contributions. With a stock market that’s gone nowhere in a decade, New Jersey’s own actuaries have estimated that without reform the funds could start running out of money as early as 2014, while Northwestern University finance professor Joshua Rauh pegged 2019 as the date the funds could go bust.

The results: a state once flush with jobs spilling out from New York City and Philadelphia is now ranked 44th in the country in job creation numbers.

There’s no mystery behind these numbers. Just ask business executives what they think about the state. In a recent survey by CEO Magazine, executives ranked New Jersey one of the least likely places where they would expand or start a new business. As the state has scrambled for more revenues it has grown ever more assertive and business-unfriendly. Financial executives polled by CFO Magazine have rated the state’s finance department as one of the three most unpredictable and least fair among the states.

1.  WITH OUR COMPLEMENTS.  In Part 2 of Her.meneutics’ series on the gender debates, Russell Moore defends complementarianism, or the view that men and women are called to different but equally valuable roles in marriage.  The assignment of spiritual headship to men, he argues, actually empowers women, and egalitarians and complementarians can find common cause in fighting many factors demeaning women, such as pornography and our pornographic culture.

Governor Perry wants to leave room for God. Darwinism does not, but evolution can if understood modestly. Internet atheists will be eager to confuse this issue, as will a few religious believers, but there is an important issue here.

Schools should teach the scientific consensus, but not smuggle secularism or Darwinism in with it. They do and it should stop. If these discussions cannot take place in science class, then there should be a good class in philosophy offered.

The whole piece is well worth reading.

3.  MAHANEY AFFIRMED.  For those who have been following the story of the accusations made against C. J. Mahaney, his confession to certain sins and faults, his leave of absence as President of Sovereign Grace Ministries, and the independent inquiry into the whole situation: a preliminary hearing, examining only whether Mahaney is unfit to continue working as a pastor while the inquiry proceeds, on the basis of the sins to which he has already confessed, has found that Mahaney is not unfit.  The broader inquiry will continue, but the preliminary inquiry found that he is fit to continue preaching in spite of the sins to which he has confessed.  Read more here.

Evangelical
Michael Gerson: Looking Back on a Decade of...
Philosophical Fragments 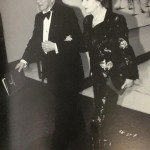 Evangelical
Praying for Obama - Whether He Wants Me...
Philosophical Fragments
TRENDING AT PATHEOS Evangelical