WAR HORSE: The Best Film About a Horse That Does More Than Run in Circles? 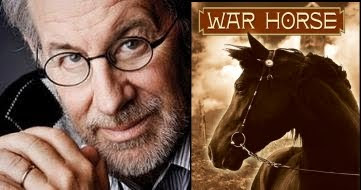 In War Horse, a sweeping epic that follows an extraordinary stallion from rural England across a mortar-strewn Europe in the midst of the Great War, Steven Spielberg reminds us once again why we love to go to the movies. While other films are filled with dehumanizing special effects and desperately hip editorial gimmickry, Spielberg delivers a grand story expertly told by a master of the craft.

For all that, however, it was not quite the masterpiece I wanted it to be.

Lovers of the Michael Morpurgo book, or the Tony-award-winning play, will know the outlines of the story.  (See my feature article on the film here.)  A bond is forged between a horse named Joey and a young man named Albert (played by newcomer Jeremy Irvine) in the midst of the harsh realities of turnip farming in Devon, England, in the early twentieth century.  It’s Albert and Joey’s bond that enables the Naracott family to survive the contingencies of farming and weather and overbearing landlords — until Joey is sold to an honorable captain (played by Tom Hiddleston, a rising star) headed off to war.

When the captain rides straight into the brutal realities of modern warfare, Joey becomes the property of the Germans, and from there he passes hands and serves the soldiers on both sides in various ways.  He is, poignantly, an escape horse for two young deserters who do not make it far — then a source of joy and escape for a young girl surrounded by the terrors of war — then a beast of burden who saves the life of an equine friend — and so on.  The most powerful scenes take place between the trenches of the Allies and the Central Powers, and Joey finds himself caught in the wire in No Man’s Land.  I won’t reveal the story from there, but Joey — who takes no side in a war that we’re now inclined to view as pointless — becomes an agent of peace, and there’s little suspense over the central question of whether Joey and Albert will find their back to one another.

While I marveled once again at Steven Spielberg’s storytelling powers, and while the movie presents an awesome spectacle and an interesting, peculiar serial quality to its succession of mini stories, I did not find myself moved in quite the way I had anticipated.  Perhaps it’s because the central character was a horse.  I’ve been moved by animal stories before like Lassie and Old Yeller and Marley and Me — but I find horses less expressive, less emotive, less loving than dogs.  It made me wonder whether the problem was that I had never really developed a relationship before with a horse, and never really learned how tender and intelligent they could be.  But I’m also quite certain that another reason for the curious detachment I felt was the very serial nature of the story that made it unique and interesting.  Most of the characters are simply not on screen long enough for one to develop an emotional attachment.  Jeremy Irvine is a fine young actor, but since his is the only human character that persists through the whole story, the viewer requires a deeper emotional connection with Albert than Irvine seemed able to deliver.

There is violence aplenty, but none of it gory or excessive.  Religious elements were curiously absent both from the farmers in rural England and from the soldiers in the foxholes, except for one moment when an English soldier recites the 23rd Psalm as he moves forward into No Man’s Land.  I continue to find this bracketing of religiosity inaccurate, unnecessary, and irritating, but Spielberg is hardly alone in the practice.

On the whole, War Horse makes for — if not quite the emotionally and spiritually profound experience it might have been — at least a very enjoyable trip to the movie theater.  A younger generation that grew up with Seabiscuit and Secretariat, and an older generation that grew up with The Black Stallion and Black Beauty, or even National Velvet, will enjoy the film in equal measure.  In fact, with a fascinating story and strong performances and sumptuously beautiful landscapes, War Horse may displace The Black Stallion as the best film about a horse doing something more significant than running in circles.

FAMILY: 5-10 million horses died in World War 1, and youngsters will find themselves disturbed by the plight of horses in the Great War.  Otherwise, and apart from some kinetic and frightening scenes of trench warfare, this is a family-friendly movie if your children are over 10 years of age. 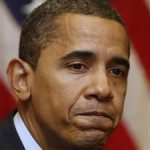 Meet Jared | Tips for Revamping that About...
This about page is an informal page directed at drawing people into...
view all Evangelical blogs
What Are Your Thoughts?leave a comment

2 responses to “WAR HORSE: The Best Film About a Horse That Does More Than Run in Circles?”