Apparently they thought it was Taco Bell:

More than 200 Chihuahuas have been removed from what officials are calling unsanitary conditions in a central Pennsylvania home. 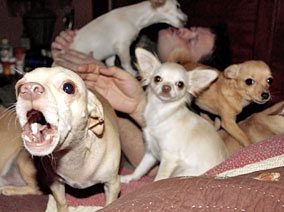 Some of the dogs were sick, and several dead dogs were apparently around the house.  An official refers to it as “an unfortunate situation of animal hoarding.” You see these stories from time to time, of course, especially if you frequent the Drudge Report.  Matt Drudge seems to have a fascination with animal hoarding stories, or else he just knows that animal hoarding links get lots of clicks at his site.  But I had no idea that this phenomenon had attained the status of a defined concept: animal hoarding.

Apparently 80 percent of those who hoard animals also hoard other kinds of possessions.  The study of animal hoarding is in its infancy (though there was a research consortium for some years).  The one study I found online offered several explanatory models:

The delusional model suggests that people who hoard animals suffer from a highly focused form of delusional disorder. Two pieces of anecdotal information support this model. First, in our pilot study, participants all firmly believed they had a special ability to communicate and/or empathize with animals. Furthermore, the hoarders insisted that their animals were healthy and well-cared for. This claim, in the midst of clear and immediate information to the contrary, suggests a belief system out of touch with reality. One interesting finding is that, outside the context of their relationship to their animals, many of these people appear reasonably normal and healthy…

Lockwood (1994) suggested an addictions model based on similarities to substance abuse, including a preoccupation with animals, denial of a problem, excuses for the behavior, isolation from society, claims of persecution, and neglect of personal and environmental conditions. Other evidence consistent with this model comes from research on impulse control problems. In particular, the hoarding of possessions is associated with several impulse control problems including compulsive shopping (Frost et al., 1998) and gambling (Meagher et al., 1999). Some animal hoarders report compulsive collecting of strays or shelter animals.

…Another possible model for animal hoarding is an attachment model in which the individual suffers from early developmental deprivation of parental attachment and is unable to establish close human relationships in adulthood. This situation may result from childhood experiences of absent, neglectful or abusive parents or caretakers. The chaotic households and inconsistent parenting observed in the HARC interviews, as well as the desire for unconditional love from animals described in Worth and Beck’s report (1981), provide some support for this model. This model is also consistent with current theorizing about the hoarding of possessions.

Perhaps the most parsimonious model ties animal hoarding to OCD (Lockwood, 1994). Two major features are consistent with the OCD model. People with this syndrome appear to experience an overwhelming sense of responsibility for preventing imagined harm to animals, and they engage in unrealistic steps to fulfill this responsibility. OCD patients experience this same sense of excessive responsibility for preventing harm and engage in unrealistic ritualization to prevent it.

There is, of course, an entire television show devoted to the general phenomenon of hoarding, where viewers apparently watch with a kind of prurient fascination how extreme and bizarre the lives of hoarders become.  One organization (the ALDF) estimates that 250,000 animals are kept by hoarders.  Apparently I’m behind the times, as ABC News showed a report on the phenomenon:

July 20, 2012
Is Batman to Blame for the Colorado Cinema Slaying?
Next Post 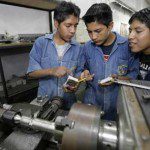 The Hopeful Theodicy: God takes on all our...
When the God-man wept before the tomb of Lazarus, He gave us...
view all Evangelical blogs
What Are Your Thoughts?leave a comment
Copyright 2008-2020, Patheos. All rights reserved.