Is Batman to Blame for the Colorado Cinema Slaying?

You’ve probably heard by now of the mass murder at a Colorado cinema showing “The Dark Knight Rises” that has left at least 13 people dead and 38 injured.  The gunman, reportedly clad in a black flak jacket and gas mask, entered the theater through the exit door, tossed out one or two canisters that exploded and emitted some kind of gas, and opened fire on the moviegoers.  Twenty-five miles from Columbine, the moral monster (I will not use his name) gunned down those who tried to flee, and after police apprehended him in the parking lot he revealed that he had thoroughly booby trapped his apartment with explosives.

The madman staged a movie scene and cast himself in the role of super-villain.  Like several of the villains in the Batman franchise — The Joker and Bain immediately come to mind — he created havoc for the hell of it, chaos for its own sake.  Local news stories are reporting that he is a drop-out former medical school student.  Some media entities are already dropping their coverage of The Dark Knight Rises, and Warner Brothers canceled tonight’s Paris premiere.  So what do you think?  Are the filmmakers in any way responsible for this?  Is Batman to blame for the killings in Colorado?

First, before we go any further, we should note that this is not merely more grist for the mill of blogging and commentary.  Lives have been lost, and we mourn with the families, we pray for those who are clinging to life, and we are thankful for policeman and firemen and doctors and everyone who responded with bravery and service.  More details will emerge that will shape how this conversation unfolds, but it’s an important conversation.  In many ways, from the best reviews I have read (here and here), this film, like others in Christopher Nolan’s hugely successful but ill-fated (remember Heath Ledger?) Dark Knight trilogy, raises potent questions about violence, class envy, the struggle to see order prevail over chaos, and the danger of giving violent outlet to our resentments and jealousies and hatreds as old as time.

So this is not a theoretical question.  The sources of violence, the whence of the forces of evil and destruction and social disintegration, are not questions the Dark Knight series takes lightly.  Christopher Nolan has long been one of my favorite directors in the industry today because he creates movies on a vast and epic canvas, movies that are entertaining and engaging and awe-inspiring, and yet movies that deal with enormous questions.  Yet there’s also no question that the villains, though presented as evil, are highly stylized.  What Heath Ledger’s Joker did with a pencil in the second movie in the trilogy was meant to be impressive, even “cool” in a sense.

For too long, we’ve been dismissive of the notion that entertainment shapes attitudes and attitudes shape behavior.  Even as news broke of the slaying in Colorado, I was preparing to write about a recently-released study on how watching sexual promiscuity on television leads teens to greater sexual promiscuity in real life.  Conducted by researchers from Dartmouth College, the study found, in the words of Dr Ross O’Hara, that “Adolescents who are exposed to sexual content in movies start having sex at younger ages, have more sexual partners, and are less likely to use condoms with sexual partners.”

To which I must add: OF COURSE.  Of course they do.  Anyone who refuses to acknowledge that constant bombardment with sexual imagery will shape your actual behavior is in deep denial.  Anyone who refuses to acknowledge that constant exposure to forms of entertainment that glorify violence and glorify the people who commit violence will tend to produce more violence is, again, in deep denial.

We want to think that people are capable of distinguishing between the gleaming world of entertainment and the gritty world of our everyday reality, between a fantasy world where we can imagine and explore vicariously our sexual and violent impulses, and a real world where we will keep those impulses firmly in check.  The truth is, the celluloid membrane between these worlds is porous, perhaps increasingly so.  The more we reside in virtual worlds, the more constantly we are enveloped in worlds thrust forcefully upon our imagination and our sensibilities, the more difficult it may become to distinguish between what is appropriate in the world of pixels and what is appropriate in the world of flesh and bone.

That our forms of entertainment can shape our behavior should be obvious — and yet this general principle does not mean in this specific case that Christopher Nolan or the Dark Knight series are guilty.  Here are several questions to ask:

I admit that I still struggle with the answer to #3.  When we make wreaking havoc — even murderous havoc — such fun to watch, is that a problem?  When we show a rock-em, sock-em shoot-up on Wall Street, will someone out there be inspired to give it a shot?  And are the makers of such entertainment responsible if they do?

If they were actively promoting violence, then I would say yes.  Not because the madman is not fully responsible for his actions, but because we are all responsible for our actions and if we promote violence then we bear some responsibility for the result.  But if the filmmaker takes a clear stance against evil and against the kind of violence that tears a society asunder — and the Dark Knight trilogy inspires me to stand against injustice and for the good of my fellow man — yet someone out there is still inspired to do precisely what is condemned, then the responsibility rests entirely on the madman.

July 19, 2012
The Line Between Sexual Freedom and Sexual Perversion
Next Post 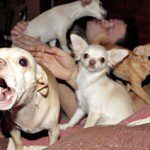