The Economics of ‘The Dark Knight Rises:’ Are Rush Limbaugh and Obama Right about Bane?

The Economics of ‘The Dark Knight Rises:’ Are Rush Limbaugh and Obama Right about Bane? July 18, 2012 Rebecca Cusey 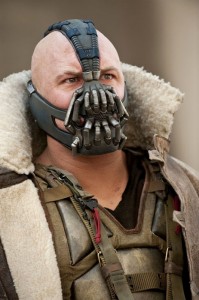 Is the Dark Knight Rises striking a blow for the Obama reelection effort?

The Obama campaign reportedly is interested in connecting Romney’s past at a firm called Bain Capital with the villain in The Dark Knight Rises named Bane.

“Bane” is the terrorist in the new movie who drives the caped crusader out of semi-retirement in the final Batman movie. Democrats, who believe they have Romney on the ropes over the president’s assault on his leadership at Bain Capital, said the comparisons are too rich to ignore.

“It has been observed that movies can reflect the national mood,” said Democratic advisor and former Clinton aide Christopher Lehane. “Whether it is spelled Bain and being put out by the Obama campaign or Bane and being out by Hollywood, the narratives are similar: a highly intelligent villain with offshore interests and a past both are seeking to cover up who had a powerful father and is set on pillaging society,” he added.

Even Rush Limbaugh sees a conspiracy in the well-timed homophones. He said the following yesterday on his show:

The villain in The Dark Knight Rises is named Bane, B-a-n-e. What is the name of the venture capital firm that Romney ran and around which there’s now this make-believe controversy? Bain. The movie has been in the works for a long time. The release date’s been known, summer 2012 for a long time. Do you think that it is accidental that the name of the really vicious fire breathing four eyed whatever it is villain in this movie is named Bane?

So what about it? Is Batman striking a blow against capitalism and against Romney?

(Beware, spoilers follow of this excellent movie that I highly recommend.)

Although the film decidedly supports justice, rule of law, and free enterprise.

The film opens in a Gotham that  has been rendered peaceful and prosperous by the defeat of the Joker (the late, lamented Heath Ledger) in the previous The Dark Knight. But there are cracks in the prosperity. Crime is very low, but jobs are hard to find. Catwoman (Anne Hathaway) invades the homes of the very wealthy, stealing from, as she puts it, people who can afford to be stolen from.

Bruce Wayne, aka Batman (Christian Bale), heads up a mega-corporation named Wayne Enterprises. After the events of the last film, he has gone into seclusion and his inattention to his company has caused his fortunes to shrink. He sunk all his R&D money into a project to provide clean energy for the world, the subject of the last film, which he found too dangerous and tabled. Now, because he wasn’t using R&D to come up with marketable products, the company is beset with hard times.

This shows a basic understanding of economics. Building wealth takes work and planning, even on the mega-corporation level. A company without products does not continue to make money.

In other words, the wealthy work for what they get.

In fact, the businessman Romney is more similar to the hero Bruce Wayne/Batman than to Bane.

Into this situation steps Bane (Tom Hardy), the ultimate expression of the Occupy Wall Street mentality. He rallies the shoe shiners, the concrete truck drivers, and the janitors to fight their bosses.

Referring to himself as a “necessary evil,” he offers the downtrodden a chance to “claim what is rightfully yours” and to strike back against “the corrupt, the rich, the generations that have kept you down with the myth of opportunity.”

With his class warfare mantra, Bane sounds more like Occupy Wall Street and the Democrat Party than like Romney.

There is a bit of pleasant wish fulfillment when Bane and his mob invade the Gotham Stock Exchange, shooting up the trading floor. The audience isn’t sure whether to root for them or not in this post-Enron, post-Madoff world.

However, Bane quickly reveals that he’s no one’s salvation. His Gotham is not one in which anyone can peaceably live, rich or poor. Taking a page out of the French Revolution, he storms the prison, setting felons free. The mob runs the wealthy and middle class out of their homes, turning them into the street. The mob sets up kangaroo courts with a metaphorical guillotine in which the verdict is a foregone conclusion and the outcome based on the luxury of your lifestyle.

As so often is the case with Communist revolutions, his community of equals rapidly becomes tyranny. Those with guns are “more equal” than those without.

Even Catwoman, whose limited means has served as her excuse for her thievery, sees his new order as a bad thing. In an abandoned house, she is struck and saddened by a family photo in a broken frame. “This was someone’s house,” she sighs.

Echoes of the bloody French Revolution are not accidental. The movie ends with a tribute to Charles Dickens’ great work about conflict, A Tale of Two Cities, and a resolution that has once again leaves Gotham “peaceful, useful, prosperous, and happy.”

The message to those who wish to smash the system is clear: Be careful, be very careful, what you wish for.

The message to the Obama campaign and Rush Limbaugh is equally clear: Best to actually see a movie before using it to score political points. 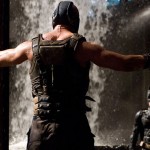 July 17, 2012
'The Dark Knight Rises' Review: Who Will Save us from the Coming Storm?
Next Post 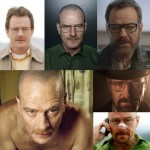 July 18, 2012 Breaking Bad Recap: Is Redemption Possible for Walt White?
Recent Comments
5 Comments | Leave a Comment
Browse Our Archives
get the latest from
Family
Sign up for our newsletter
POPULAR AT PATHEOS Family
1

5 responses to “The Economics of ‘The Dark Knight Rises:’ Are Rush Limbaugh and Obama Right about Bane?”