The Long Journey from Javert to Valjean

A guest post from my sainted father, Galen C. Dalrymple:

Much has been written, by people far wiser than I, about the characters and story of Victor Hugo’s Les Miserables. I just want to tell you my story and how it relates to Javert and Valjean.

I was born into a God-fearing family.  They were God-fearing because they were raised in literal fear of God. The midwestern church we attended belonged to the most legalistic denomination of Christianity on the face of the planet. One could only cower in tremendous fear before God because of our sin. The law was THE LAW, and it must not be broken. If you did break it – even the tiniest snippet – you were sliding down the slippery pathway to fire and brimstone. God was a stern-faced God, red with anger, throwing thunderbolts and eager to destroy those who were not pure. If you sinned between when you last asked forgiveness and when you died, you would be thrown into the lake that was prepared for the devil and his angels, to suffer horrendously and eternally. 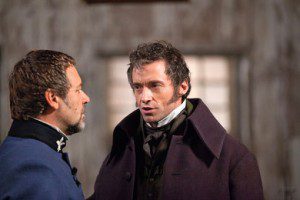 I was far from pure. I recall from a very young age a tremendous despair welling up within me. I didn’t want to go to hell. I was terrified of it. But no matter how hard I tried, I could never measure up to The Law. I recall the first time I saw a Playboy magazine. My best friend’s dad (we were in elementary school at the time) had a subscription and my friend sneaked it out of the house and showed it to me. Having just entered puberty, I was both fascinated and repelled. Fascination won out, and I entered a very dark place in my spirit because I knew I should not be looking at those pictures, but I couldn’t stop myself.

I harbored that angst in my soul as long as I could – knowing that I’d be shipped off to hell if I died because of what I’d done. So, I “went forward” to confess my sin (never in specific – the church seemed to be very content to settle for generalities such as “I know I’ve sinned and want God’s forgiveness.”) Thus began a pattern throughout my adolescence that replayed itself over and over again. No matter what the sin was, I was tormented with guilt, picturing the red-faced God regarding me with disgust. It is not a comfortable feeling to believe that God finds you despicable. Yet it was the only “truth” I could see: I had failed to obey the law, so I was doomed.

It wasn’t until many years later that the concept of grace and mercy came alive to me. I was teaching a class on Romans, and I began to see it with a new mind and new eyes. I saw that Paul struggled with right and wrong, obedience and failure, and yet he was confident of God’s grace. I then happened to read Philip Yancey’s What’s So Amazing About Grace? and also Brennan Manning’s Ragamuffin Gospel and Ruthless Trust. Finally, after having lived for so many years certain of being cast into hell, I could breathe in the Breath of Life.

Now, as I am in my sixth decade of life, my soul has a tremendous peace. Not because I’ve ceased sinning. Though my sins now are different, they’re no less sinful. I am still the same old sinner I always have been. I can’t lay hold on anything that would commend me into the love and forgiveness of God save for one thing: the thoroughly unmerited grace of God in Christ. Jesus pleads my case. Jesus died for me. The one who could have condemned the woman caught in adultery but faced down her accusers – will likewise face down my accuser in the day of judgment.

There are many who live enslaved to fears of certain hell-fire because they prefer, like Javert, to live according to the rules, believing that the rules of life are all that there is and all that matters. And the Law, properly understood, does matter. It forms us, convicts us, educates us in the character of God, and shows us the path of gratitude. But the same God who spoke the Law into being spoke Grace as his final word. Some churches present only the vindictive God of hell-fire and not the man who took the adulterous woman and said, “Then neither do I condemn you. Go, and sin no more.”

Did Jesus really think she’d sin no more? Of course not. She would sin again. The very One who had every right to cast the first stone that day – didn’t. I can expect the same when he deals with me, because He never changes. He could cast the first stone, but won’t. Why? Because he has already paid the price for my sin. As the old hymn of Horatio Spafford puts it, “My sin, oh, the bliss of this glorious thought! My sin, not in part but the whole, Is nailed to the cross, and I bear it no more, Praise the Lord, praise the Lord, O my soul!”

Why do people find it so hard to believe in grace? Because grace offends our pride. We do not want to believe that we need grace. We do not want to recognize that we are hopeless and helpless by ourselves. We want to believe that when it comes to something as vitally and eternally important as the destiny of our souls, that we are in control. We hesitate to entrust our eternal fate to someone we cannot see — especially if we believe him to be the red-faced God, the God who looks upon the Law-breakers with anger and disgust.

That’s where we’re wrong. There is someone who cares for our salvation even more than we do. Jesus took an unparalleled interest in our souls, submitting himself even to death on a cross so that our sins could be nailed there forever. Instead of delighting in the destruction of the wicked, he weeps over the choice that they have made for themselves. You see, those who never come to God have made the same decision as those who hold to legalism: “I’ll do it my way and you, God, can just go to hell.”

I’m old enough now and have enough miles on me to understand how weak and flawed I am. I’ve been Javert – and failed. Every time I try to be Javert, I fail. And when I confess my failure to be Javert, then I am Valjean, resting in the grace of God. Valjean was confronted with unmerited grace and it led to his salvation. Javert was confronted with unmerited grace – and he refused to accept it, refused to live in a world where his fate would defend upon the mercy of another. Some are saved by accepting grace. Others are destroyed by rejecting it. Javert throws himself down into death rather than live in a world where The Law does not have the final word — while Valjean lives beautifully in the kingdom of grace.

Take it from one who’s been there: legalism is no way to live. It’s a living death. And for those who are liberated from legalism, as the song says in Les Miserables, we will not be slaves again.

It doesn’t matter that I will never be enough. All the matters is that the grace of Christ is sufficient. 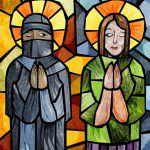 January 3, 2013
Muslims as "Children for Whom Christ Died" - Interview with Nik Ripken, Part 2
Next Post 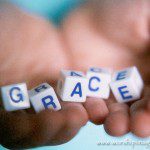