What’s the Difference Between Art and Propaganda?

Daniel Siedell observes in “Art and Culture: Or, Politics by Another Means — Evangelical Style“:

Evangelical participation in the arts and culture is, on the whole, graceless. It is characterized by an excruciatingly puritanical preoccupation with four-letter words and nudity, turning films, novels, and even paintings (although rarely) into means for political ends, presuming that the making of art is simply another form of politics. And so in their rush to use art and other cultural practices for political agendas, evangelical cultural critics and commentators simply fail to recognize the presence of grace in art.

Art shapes culture, and cultural change often precedes or creates the groundwork for political and legal change.  All of this is true.  I do not disagree when Christians make the case that we need better art — better films, better television, better music, and so forth — that shows the true, the good and the beautiful as revealed by God.  The grace of art is in its excess, in the way it overflows the utilitarian, in its for-its-own-sake.  That will have an effect that does, eventually, precipitate into cultural and political change.  But it should not be shoehorned into a political agenda.  There’s no swifter route to bad art than to transform it into propaganda.

Read the rest of Daniel’s insightful post at our Cultivare blog. 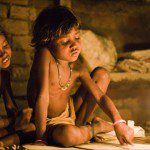 July 26, 2012
The Largest Group of Oppressed and Enslaved People on Earth
Next Post 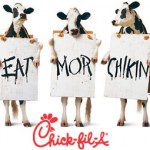 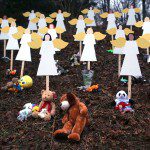 Evangelical
Sandy Hook and the Revolt Against Death
Philosophical Fragments 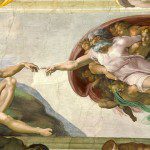