I’m very grateful to Ken Hagerty – who has had an extraordinarily varied career, from serving in two Presidential administrations to organizing businesses to pressing for policy change to helping to pilot Renewing American Leadership – for the following guest post:

In his Pulitzer Prize winning book Guns, Germs, and Steel, American scientist Jared Diamond recounts a conversation he had with an inquisitive native leader in New Guinea. “Why is it,” the man wanted to know, “that you white people developed so much cargo and brought it to New Guinea, but my people had little cargo of our own?” Professor Diamond recognized the importance of the question and rephrases it for his readers: “Why did human development proceed at such different rates on different continents?” His book then follows various geographic and technological clues to that mystery through world history.

But important as geography and technology are, they explain only a small part of the disparity in rates of human development. Religion, culture, morality — and, yes, sex — have been even more fundamental factors in the rise of Western civilization. Another professor, the Jewish theologian, writer and talk show host Dennis Prager, published a candid and eye-opening article in 1993 that explains the crucial contribution that traditional Judeo-Christian sexual morality has made to the success of the West.

In “Judaism’s Sexual Revolution: Why Judaism Rejected Homosexuality,” Dr. Prager contends: “When Judaism demanded that all sexual activity be channeled into marriage, it changed the world. The Torah’s prohibition of non-marital sex quite simply made the creation of Western civilization possible.”

He provides a brief summary of his longer article: “The subsequent dominance of the Western world can largely be attributed to the sexual revolution initiated by Judaism and later carried forward by Christianity. This revolution consisted of forcing the sexual genie into the marital bottle. It ensured that sex no longer dominated society, heightened male-female love and sexuality (and thereby almost alone created the possibility of love and eroticism within marriage), and began the arduous task of elevating the status of women.

“It is probably impossible for us, who live thousands of years after Judaism began this process, to perceive the extent to which undisciplined sex can dominate man’s life and the life of society. Throughout the ancient world, and up to the recent past in many parts of the world, sexuality infused virtually all of society.”

As our nation struggles to clarify the status of same-sex relationships, it’s all too easy to ignore the fact that the foundation of America’s social, economic and military success has been our society’s broad, voluntary commitment to Judeo-Christian morality. That moral consensus has been the key to America’s exceptionalism. As C.S. Lewis explains in The Problem of Pain: “The road to the promised land runs past Sinai” — Sinai being the mountain where God gave the moral law to Moses.

Much of the current debate over same-sex relationships turns on the difference between the legal and economic accommodations already provided by civil unions, versus the moral and religious affirmation implied by the term “marriage.” Civil unions are fine. Mandating the recognition of same sex marriage by steamrolling over the religious doctrines and beliefs of a majority of Americans is not. Genuine morality is grounded in religion. Neither morality nor religion can be legislated — nor dictated by judicial fiat. They are not determined by public opinion polls.

In the Proposition 8 case now before the Supreme Court, the people of California voted to preserve their moral code and their traditional definition of marriage. Overruling their decision would allow unelected judges to impose their religious and moral views on citizens who are explicitly guaranteed the “free exercise” of their faith by the First Amendment. This is exactly how a free people can lose their freedom and their voluntary pluralism. No society is truly free without unhindered freedom of religion.

The great British statesman Edmund Burke wrote: “Men are qualified for civil liberty in exact proportion to their disposition to put moral chains on their own appetites…Society cannot exist unless a controlling power upon the will and appetite is placed somewhere; and the less of it there is within, the more there must be without. It is ordained in the eternal constitution of things that men of intemperate minds cannot be free. Their passions forge their fetters.”

Dennis Prager concludes his insightful article on sex and the rise of the West by observing: “The acceptance of homosexuality as the equal of heterosexual marital love signifies the decline of Western civilization as surely as the rejection of homosexuality and other non-marital sex made the creation of this civilization possible.”

Ken Hagerty is a lawyer and public policy strategist in Washington, D.C. 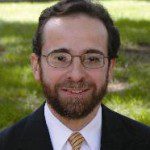 March 28, 2013
Does Leviticus Only Condemn Idolatrous Homosexual Practice? - An Open Letter from Robert Gagnon
Next Post 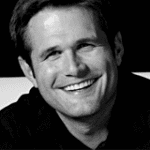 The Opium of the People
Cranach
Related posts from Philosophical Fragments