The Right Lesson to Learn from the World Vision Kerfuffle 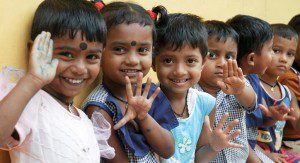 It’s been months since I’ve written a proper blog post, but the kerfuffle around World Vision draws me out of my cave.

I have a lot of sympathy for the leadership of World Vision. They are doing extraordinary, life-saving work. They are captaining a billion-dollar organization that’s global and complex and fraught with dangers on all sides. In the United States, they sought to take a position on same-sex marriage that would establish neutrality on a “culture war issue” in order to maintain the focus on their core work of saving and supporting the impoverished. I really get it.

The core of the mistake, it seems to me, is precisely in regarding this as merely a “culture war issue.” When Richard Stearns addressed the Q Conference in Los Angeles in April, he pointed to Westboro Baptists as an example of “angry Christians protest[ing] gay marriage.” He then admonished Christians to be outraged by the right things. “As far as I know,” he said, “no one ever died of gay marriage.” That statement, I think, set off alarm bells amongst some Christian leaders, and that framed how they interpreted this change of policy. Even in the letters and phone calls and statements since the reversal, the leadership of World Vision has explained that they were trying to bracket a “culture war issue.”

That’s the problem right there. This is not a culture war issue. It’s much more than that.

When Stearns and his team call it a “culture war” issue, that belittles the significance of the issue. It makes the people who work for healthy families (and therefore for healthy environments for children) feel that their labors are devalued. And it shows, I think, a limited engagement with scripture and the theological tradition on the issue as well as a shortsighted vision of God’s redemption of the world. It’s extraordinarily important to serve the poor. Putting food in the mouths of children who would otherwise starve is sacred and eternally significant work.

It feels as though Stearns and team, regrettably, have bought just a little into the left’s narrative that feeding the poor is driven by compassion while fighting for a biblical model of marriage is driven by anger.

At that talk at Q, Stearns went on to say: “We’ve got to see the world as God sees it. We need to love what Jesus loves, we need to value what he values. And we need to let our heart be broken by the things that break his heart.”

To which I say: Just so.

And to Mr Stearns, offered in all humility: You are loved. You are respected. You do the Lord’s work. I will still give to children through World Vision. But the lesson here is not that “There’s no escaping culture war issues.” The lesson is, “This was not merely a culture war issue. This too is core. This too is sacred, significant, and compassionate.” It’s not your mission, but it’s a worthy mission. Your brothers and sisters who stand up for God’s model of marriage are doing the Lord’s work too.

defend the work
To defend the work, there are a few different ways to analyze...
view all Evangelical blogs
What Are Your Thoughts?leave a comment
Copyright 2008-2021, Patheos. All rights reserved.
Close Ad