What Happens After Death

My first crush was a girl named Kendra Alger.  I was seven years old.  We had just moved from a town called Milpitas in the southern curve of the San Francisco Bay Area to a town called Tracy at the edge of California’s Great Central Valley.  We settled into the Tennis Village neighborhood and Kendra lived a few doors down from me on Renown Drive.  I had never seen shiny platinum hair quite the equal of hers.  She was sweet and gentle-hearted, and although I didn’t really have a term for it at the time (I didn’t know what a “crush” was), I found her fascinating.

Living on the same street for a couple years, and being in the same grade in a small town, we saw one another periodically over the years.  She was always kind, polite and thoughtful.  She went on to college, married, and had four children.  While celebrating her wedding anniversary with her husband recently, on August 16th, she died suddenly.  She was 35.  It was probably a stroke.  Now her Facebook page is filled with friends who (knowing her better than I ever did) are testifying to her extraordinary generosity as well as her devotion to her family and her church.

Raymond Lo has a very different story.  He lived to 68.  But Raymond Lo — my wife’s uncle — was larger than life.  I’ve never met anyone with a greater thirst for learning and life.  When I first met him, he was in his mid-fifties and teaching himself gymnastics on a set of rings, pommel horse and parallel bars that he had made for himself in his garage.  A former architect who had established a successful lumber export business, he took me and my soon-to-be-wife to several outstanding Chinese restaurants around New York City and peppered me with questions about how to do various gymnastics skills.

That was just his way, always learning something new.  And if you tried to tell him that people in their 50s cannot simply pick up gymnastics from scratch, he would have laughed and done it anyway.  Raymond Lo was a lifelong student, a soldier, an architect, an entrepreneur, a businessman, a martial artist, an occasional gymnast, a golfer, a world traveler, proficient in several languages, an expert in everything from woodcarving to sushi to the proper way to use an Indiana-Jones-style whip — and the list goes on and on.  Having amassed some wealth, he was, quietly, extremely generous to friends and others in need.  He was like Superman but with kids and a much better sense of humor.  An excellent family man, he loved his children and grandchildren something fierce, and I only hope my own daughters can love and admire me when they’re older as much as his daughter Evelyn loves and admires her daddy.  Raymond also made me feel welcome in my wife’s extended family, and I will always be grateful to him for that gift.

Raymond’s decline and death to lung cancer were only shocking because he had seemed so invincible.  Radiantly confident, endlessly hard working, with a tall frame and a broad muscular chest, well into his sixties Raymond Lo seemed as though he would live forever.  By the time my wife and I moved to Atlanta, about ten minutes from his home, “Uncle Raymond” was already in decline.  Time seemed to have caught up with him, after he had outrun it all those years.  He was quieter, more weary.  He survived his variety of lung cancer longer than anyone had a right to expect, but finally it took his life.

Raymond Lo and Kendra (Alger) Amrine were beautiful people who lived rich and happy lives, but they were very different.  About the only thing they have in common is that they’re both gone, leaving families behind that will try to pick up the pieces and keep on living.

Now, employing all the philosophical and theological sophistication that was conferred upon me through my various university degrees, let me just say: death sucks.  I hate it.

I hold fast to these beliefs with the passion of faith, but I’m not certain of them.  On some days, they feel more like hopes than beliefs.  I have to acknowledge it’s fully possible that I will find myself upon my death bed, I will squeeze the hands of my wife and my daughters, my heart will cease beating, my brain will fall silent, and I will simply cease to be.  Or there could be an afterlife, but not like I imagine.  I wish that I were resplendently certain that something awaits us after death, and something good.  But I’m not.

I am certain that our lives are very brief.  They can end swiftly and unexpectedly.  You can be toasting your wedding anniversary one moment — and gone the next.  You can kiss your children goodbye as you go out on a date night — and never kiss them again.  I am certain that even the strongest among us will fade and perish.

I will die.  You will too.  How shall we then live?

I’m grateful that I was raised in the arms of a loving mother.  I’m grateful that my father and I are friends.  That my hero once told me that I’m his hero.  That my brother always had my back.  That my sister came into our lives.  That I learned of victory and defeat and how to live with both.  That I spent lovely years in beautiful places thinking ancient thoughts.  That the best girl I’ve ever met said yes.  That my years have been rich with friends.  That my firstborn loves her daddy like crazy, and that my father taught her how to fish.  That my one-year-old smiles when I dance for her.  And that I get to provide for the people I love by doing something I love. 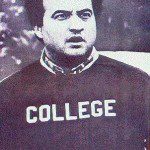 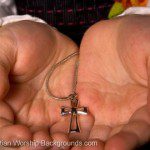 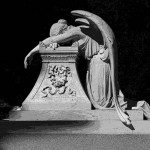