Which Candidates Are More Generous – and Why it Matters

Which Candidates Are More Generous – and Why it Matters August 30, 2012 Timothy Dalrymple

Editor’s Note: The following is a guest post from my friend Josh Good of the Values and Capitalism initiative at AEI.

Last night in Tampa, Ann Romney made a provocative statement about her husband’s success at Bain Capital, and about her family’s quiet pattern of giving:

[Mitt’s decision to] work harder and press on … [has] given us the deep satisfaction of being able to help others in ways that we could never have imagined. Mitt doesn’t like to talk about how he has helped others because he sees it as a privilege, not a political talking point.

And we’re no different than the millions of Americans who quietly help their neighbors, their churches and their communities… They don’t do it so that others will think more of them. They do it because there is no greater joy. “Give and it shall be given unto you.”

And then the capstone: “This is the genius of America: dreams fulfilled help others launch new dreams.” 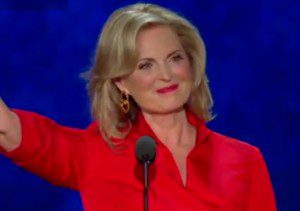 This is a big, important point—one that stands at the center of this year’s election. In reality, the Romneys’ generous giving does look rather exceptional: Earlier this year, Business Week reportedthat in 2010 and 2011 Gov. Romney gave a whopping $7 million to charity—over 16 percent of his family’s income, and more than the Obama, Biden and Ryan families combined. A majority of this sum was given to the Mormon church, and in a recent interview Gov. Romney said that one reason he’s not followed his father’s example of releasing 12 years of tax returns is that he and Ann “never intended our contributions to be known.” Alms should be given quietly.

But in running for the presidency or vice presidency, many things come into the open. In 2008, for example, USA Today ran a story showing that over the prior decade, Vice President Joe Biden gave an average of $369 per year to charity.

Although Biden’s wife Jill, a community college professor at the time, earned a relatively small salary, this was a somewhat surprising revelation for a sitting senator publicly known as a big-hearted liberal and a member of the Catholic church. Between 1998 and 2008, the Bidens earned between $215,000 and $249,000 each year—which means “Amtrak Joe” gave less than one-fifth of one percent to charity for a full decade, prior to becoming vice president of the richest and most powerful nation on earth.

For comparison purposes, from 2001-04 Barack and Michelle Obama gave approximately 1 percent to charity, and in the two years prior to his 2008 presidential election they gave nearly 6 percent.

What to make of all this? Interestingly, these giving patterns by those vying for national leadership dovetail with a provocative book written six years ago by AEI president Arthur Brooks. In “Who Really Cares?” Dr. Brooks illustrates how, on average, conservatives give about 30 percent more of their income each year to charity.

If we consider the Romney family’s generosity a statistical outlier and focus in on vice presidential ticket nominees, the disparity between the Ryan family and the Biden family is more aggravated than the national average. Neither has been exceedingly generous just prior to being nominated vice president, but Paul Ryan clearly has a stronger personal giving pattern.

And while in most religious traditions “actions speak louder than words,” we are likely to hear many words in the run-up to November. Vice President Biden has been talking up quite a “Mediscare” storm about Paul Ryan, levying all manner of charges in Florida: “What’s gutsy about giving millionaires another tax break, what’s gutsy about gutting Medicare, Medicaid, education? What’s gutsy?”

Personal giving is gutsy. Talking to voters about sacrifice is gutsy—especially when coming from a swing state like Wisconsin. Thinking seriously about the federal budget and challenging entrenched programs is gutsy.

On October 11 in Danville, Ky., these two men will have 90 minutes to go head-to-head in anationally televised vice presidential debate. From Biden’s campaign trail remarks, one can expect he will chide Ryan for a perceived “failure to protect Medicare for our seniors,” along with his so-called attacks on other entitlements.

If Biden takes this tack, Congressman Ryan might do well to use his youth to his advantage, especially having already pledged not to change Medicare for anyone over age 55. At 42 years old, Ryan is fully 27 years younger than the sitting vice president. So if Biden argues that Ryan is attacking seniors, responding that “I’m not talking about you, Joe—I’m talking about me,” would model precisely the kind of personal sacrifice Ryan is advocating.

Generation X and Millennials both know that Social Security and Medicare in their current forms are unsustainable. That’s perhaps one reason 41 percent of Millennials now support the Romney-Ryan ticket, as the latest Zogby poll shows.

Syncing words and deeds, in personal charitable giving as well as in well-considered public arguments about long-term national sacrifice and fiscal solvency, is something Gen Xers and Millennials can rightly cheer. In this respect, Gov. Romney and Congressman Ryan are reconnecting values and capitalism.

As Mrs. Romney stated, “This is the genius of America: dreams fulfilled help others launch new dreams.” We could use a bit more of that right now. 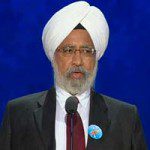 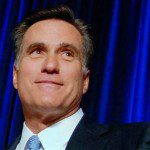 One out of Five Families Is...
Cranach
Related posts from Philosophical Fragments