It was a thoughtful gesture to invite Ishwar Singh, president of the Sikh Society of Central Florida, to deliver an invocation at the Republican National Convention.  The shooting at the temple in Oak Creek, Wisconsin, was brutal and horrific.  We still don’t know a great deal about the motivations of the shooter, except that he was a white supremacist bigot who apparently hated non-Aryans.  Did he believe the Sikhs were Muslims, as some assumed?  Not necessarily.  My guess would be that he was a powder-keg to begin with, and when he exploded and decided to go out in a blaze of “glory” he simply found the nearest dark-skinned people he could.

That attack struck at the very heart of the concept of America.  We are supposed to be a place where people of all kinds, and all faiths, can come, live in peace, enjoy the fruits of their labor and the blessings of living in this beautiful nation, and worship according to the dictates of our own conscience.  It’s terribly cliched to say so, but when I learned that some maniac had turned a Sikh temple into a slaughterbank, I felt very much that “We are all Sikhs today.”  Sikhism is one of the rare monotheisms to emerge from the East; it bears many things in common with Judaism and Christianity, and I have never found Sikhs to be anything but good and honorable people.

From Odyssey Networks, here is a brief interview with Singh regarding his convocation.  He seems like a delightful gentleman and I would be honored to have him to my church, or to go to his, to learn more about one another:

It’s an important symbol.  But more needs to be done.  Churches can and should be a part of cultivating better mutual understanding between religious communities.  We need to build relational bridges in order to collaborate on projects of common concern and also to communicate on the basic moral and theological matters most important to us.  This strikes near to the heart of why I am at Patheos.  I believe in an open marketplace of religious ideas, I believe in the importance of hosting open communication without fear, and I believe that developing a better understanding between religious communities today is critical to forming a better world tomorrow.

A small step, granted, but I hope that American Sikhs know how horrified we are by what was done to them, and how deeply we hope that they will feel welcome here and at home. 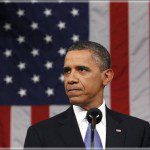 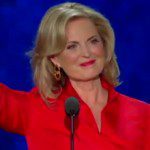 August 30, 2012 Which Candidates Are More Generous - and Why it Matters
Recent Comments
3 Comments | Leave a Comment
Browse Our Archives
get the latest from
Evangelical
Sign up for our newsletter
POPULAR AT PATHEOS Evangelical
1