Yes, Your Child is Difficult

My wife recently penned a reflection on Dr. James Dobson’s The Strong-Willed Child and Dobson’s recent filming, which she attended in San Diego, of an updated series of videos on good Christian parenting.  It was gratifying that Dobson himself read the piece and reached out in appreciation.

But it reminded me of our first year as parents, a tremendously difficult year and the hardest year we’ve ever experienced on our marriage.  One thing that made the experience worse was interacting with friends — dear friends, good people, but people who either did not yet have children or whose own children were relatively easy — who couldn’t understand why we were having such a tough time.

My wife — since mothers seem to have a particular fondness for judging one another — took the brunt of it.  Some of our friends wondered openly: Why was she so depressed and anxious?  Couldn’t she handle motherhood?  If it was so easy for them, why did it seem to be so hard for her?  Our daughter did not have grave health problems.  She did not have special needs.  How hard could she be?

The answer is: my wife is an excellent mother, but our daughter was extremely, extremely hard.

Some of our friends had babies who, a couple weeks after birth, slept from 7pm to 7am every night.  If they had to wake their kids to eat, the kids ate contentedly and went right back to sleep.  Apart from the times they were awoken to feed, some of these babies never — not once — awoke in the middle of the night.   Their kids rarely cried, never got sick, and pretty much went along with whatever their parents wanted them to do.  They could bring their baby to a restaurant, sit him in a high chair, and he would sit happily and quietly for an hour or more while the parents visited with friends over lunch.  They could drive long distances and their children would play quietly in the carseat.  They took their children to baseball games and the perfect little tykes just slept on their bellies in the Baby Bjorns for the whole game.

This was an entirely different experience from our own.

Don’t get me wrong.  I am incredibly proud of our first daughter.  She’s brilliant and beautiful, articulate and athletic, caring and courageous.  Since I’m about to tell you about her more difficult qualities, permit me to boast a little first, with just two examples: she started walking at seven months old, and was speaking in paragraphs when other kids her age were not yet speaking at all.  She’s a stud, and I can’t wait to see what she becomes.  The same iron will that makes her a difficult child can, properly directed, make her an enormously interesting and accomplished adult.

Our first daughter had colic, a milk allergy, and reflux.  She screamed for hours every day and every night.  If you took her for an hour-long drive, she would scream for the entire hour.  Since she ate too little during the day, and could not eat too much in one sitting without experiencing burning pain in her esophagus, she awoke multiple times to feed every night.  We did everything just as the doctors told us to do, but when you’re holding your daughter for the third time that night, and she’s been screaming yet again for thirty minutes after eating the bottle, you’re exhausted, your nerves are frayed, and you fear that something is desperately wrong with your child.  The quickest way to get her to stop crying was to shut yourself inside a pitch-black bathroom, turn the hair dryer to the loudest possible setting, bring about five binkies with you (because she would use one for a while, toss it aside, and scream until you gave it back), and rock her in your arms with the hair dryer blaring for thirty minutes.  Then, of course, when you laid her back in the crib, she’d wake up, stand up and start screaming all over again.  You’d get her to sleep again, but then she’d awake again, sometimes three, four, or five times.  Due to her reflux, we had to hold her upright for half an hour after every bottle, which meant that she never learned to fall asleep by herself.

Since eating was painful, she gnashed viciously at the breast, and once we learned of the milk allergy and the reflux we decided to move her to formula and weigh it down with oatmeal flakes.  Since my wife and I both worked, we took her to a friend of ours from church who watched a couple kids.  The first day we took her there, she cried all day long.  She stood by the couch, literally, all day long and cried.  Our friend Grace smiled and said, “They all cry at first.  I’m not worried.”  By the end of the week, she had a bedraggled, soldering-on expression and said “She just needs to get adjusted.”  By the end of the second week, with our daughter still crying all friggin’ day long, Grace was trying to hold on.  By the end of the third week, and then especially by the end of the fourth week, with our daughter still crying all day long, we all suspected this just wasn’t going to work.  Thankfully, the next week, our daughter finally stopped fighting and started playing with the other kids.

However, no longer breast feeding, being around other kids, walking so early, and determined to put her mouth around everything she could find (from toys and furniture to grass and rocks, sand and sticks and bark, handrails and park benches), just as her reflux started to get more bearable she launched into a series of illnesses, back-to-back-to-back-to-back ad infinitum.  On the rare occasions when she was not sick, she was teething — and, whether sick or teething, sleeping again was a nightmare.

Everything just seemed extreme with her.  She blasted out her diapers — any diapers — with great regularity.  She refused to eat a bottle the normal way, drenching her clothes in milk almost every time.  If we took a plane flight in the evening, thinking she would sleep, she screamed the whole time and made us the object of every passenger’s wrath.  If we dared take her to a restaurant, she could not sit in her chair for more than a couple minutes before you had — you really had no choice — to take her out and walk her around the restaurant or up and down the street, to keep her entertained.  If she played on the playground, she was determined to do all the dangerous things she saw the older kids doing, in spite of the fact that she was only nine months old.  If she knew you wanted her to do something, she absolutely 100% refused.  If she pooped in the bathtub, she did it with conviction, and then did it again the next night for good measure.

One affirming moment came shortly after we had gone to live with our dear friends, Jeff and Tara Barneson.  We were talking with friends, and I said something about how difficult our daughter was.  For the thousandth time, we heard the trite: “Yeah, parenting is tough.”  Tara, who had lived with us for a couple weeks by that point, broke in and said: “No, seriously.  Their daughter is DIFFICULT.”  She was not criticizing our daughter; she was supporting us.

Of course, my parents can tell all the same stories.  I was the same way.  She’s a daddy’s girl because we have so much in common, and I feel like I understand her even when no one else does.

She’s just a ferocious fighter.  That’s the way God made her.  And I’m so proud of that and so excited by it.  She has physical and mental talents, and the spiritual qualities, to be extremely successful — whatever “success” will mean for her.  So even when I hate it, I love it.  I’m trapped sometimes between wanting to change her behavior but not wanting to change her basic character.

But don’t tell me she’s not difficult.  And for all of you out there who feel pangs of guilt when other parents look at you with some mixture of incomprehension and disappointment when you say your child is very trying, know this.  You are not alone.  Some children are more difficult than others.  And take comfort in knowing that sometimes the most difficult and trying children make for the most dynamic and talented adults.  Train her up in the way she should go, and wait to see what God hath wrought. 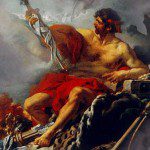 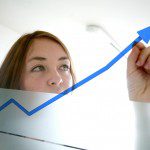 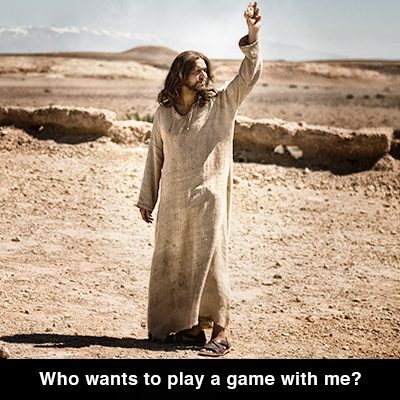