One of my dear colleagues in the Patheos universe is Star Foster, the managing editor of the Pagan Channel.  I first met Star, who lives in Georgia, when we were flying out to Denver for meetings at Patheos headquarters.  I later discovered that the other Patheos folks were waiting with bated breath to hear how it would go.  How would an evangelical and a Pagan, who have never met before, do on a hours-long trip to Denver by air and by rental car?  Actually, we got along perfectly well.  Star is lovely, I’m not half as offensive in person as I am on my blog.

Modern Paganism, for those who don’t know, is not so much a single religious tradition as it is a family of traditions.  Whether they bear much resemblance to the ancient traditions they claim to inherit is an open question, but the varieties of modern Paganism range from those who honor the Norse gods to the Egyptian gods to the Greek/Roman gods, to the Roma and the Druids and Wiccans, and many more besides.

I asked: “Do you experience Hephaistos?  Would you say, to borrow language from the evangelical world, that you have a personal relationship with Hephaistos?”

Star, who was raised in a conservative evangelical environment, fully understood the language and said that she experiences Hephaistos personally and devotionally when she prays to him and strives to lead the kind of life that would honor him.  And many of the authors at Patheos’ Pagan Channel, some in more sophisticated ways than others, will say the same thing and will explore that experience theologically.

As a Christian, of course, I grieve the growth of modern Neo-Paganism.  I know that my Pagan friends would not appreciate this characterization (since they would not want Paganism perceived as merely a negative rejection of Christianity instead of a positive affirmation of something discovered and true and valuable), but the growth of Paganism in the modern west, especially in America, speaks volumes about the failures and the excesses of the Christian church — and especially of Christian fundamentalist communities, from whose ranks many Pagans defect.  Personally, I agree with virtually none of it.  I find the historical scholarship of the Pagan communities sorely wanting, and the philosophy and theology behind it all is not yet mature.  Although it’s always harder to hear an outsider say it, I think most thoughtful pagans agree (and many say openly) that there is, quite naturally, a lot of growing left to do.  This particular revival of pagan religions and mystery cults is a relatively recent phenomenon, and it bears the marks of newness, as many of its new adherents try to figure out what it really means, for example, to honor Baba Yaga or Isis, or to honor (as many Pagans do) a whole potpourri of deities from many traditions.

Speaking as a scholar of religion, however, I find it utterly fascinating.  It’s like watching new religions take shape right in front of you, and observing the processes that transform ideas into teachings, teachings into communities, and communities into institutions and traditions.  Sects are becoming religions.

But there’s that toxic word — religions.  And here’s where something that Star wrote recently can teach us about the “spiritual but not religious” movement.  She describes how, as a devotee of Hephaistos, she was asked to edit an anthology of devotional writings for Hephaistos.  In the end, she could not do it — and the reason was because she found that her own personal experience of Hephaistos had very little in common with the personal experiences of others.  She says:

I came to realize I have no communal framework in which to speak of him. Not only did I not know what to do with these lovely offerings, I didn’t know what to say in return.

That is a big damn problem. My faith has become so small and personal that I don’t even know how to begin to communicate with other devotees. I have no larger framework to place my faith in. It is not that my faith is wrong, but that it is stunted and anti-social. It has no manners, no chit-chat, no experience of reaching for common ground.

I know the answer is to find community.  To stretch my religious muscles. To find a common Hephaistos and a common religion…I am not the only one.  Paganism is full to the brim with solitaries, each with their own deep personal religion, their own mythos. Do you ever find your faith is so small, customized and unique that even among Pagans of like mind you feel completely alone?

Personally, of course, I don’t want Pagans to find religion, because I want pagans to recognize that the great God above all gods become incarnate and communicated his love and reconciliation to the world through Jesus Christ, the God-man.  But Star and her friends are perfectly right to want religion — and here in the most unexpected of places we find an illustration of an important and enduring truth.

This will sound harsh, but those who identify themselves as “spiritual but not religious” are outing themselves as immature in their beliefs and passions.  Star is not immature.  She yearns for the “larger framework” and the “common ground.”  She yearns, within Paganism, to be spiritual and religious.

As Kierkegaard would say, without interiority, faith is a fraud.  One must be “spiritual”; in evangelical terms, one must have a personal relationship, an enduring inter-personal encounter with God in Christ.  But the exterior too is positively necessary, not only in public deeds but in the public mechanisms that define and guide a religious tradition and pass it down the stream of generations.  That is, one must also be “religious,” a part of the Body, guided by the wisdom of the tradition, which cannot survive without institutions.

The next time you hear someone say they’re “spiritual but not religious,” remember Star, who has recognized that being religious is nothing to be ashamed of. 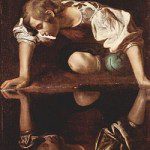 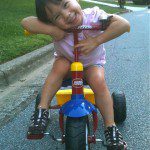