Here’s a testimony you have to read.  I know the story well, since I shared a home with Tara and her family for a year, and since Tara and I were in a small writing group together.  I’m a big fan of hers, and she has an extraordinary story to tell:

Scott, my husband of five years, died while I was seven months pregnant with our first child, Sarah.  Ten days later, she was delivered stillborn.  It was, and is, fifteen years later, nearly impossible for me to believe that can happen to a person.

Within a year of their deaths, I became a Jesus Freak.  It was, and is, fifteen years later, nearly impossible for me to believe that can happen to a person.

But it can.  And it did.  And ever since, God has been proving himself faithful to my ever doubtful heart. The primary means of his grace has been through my family, and I never tire of telling people what he did to restore my heart and my life:

The other member of our writing group, Kathy Tuan-MacLean, is the “Kathy” referenced in the story. 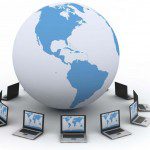 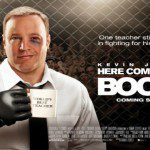