Morning Hash: It Stinks, Who Needs a Brain, Deadly Beauty and Postcards From Mars 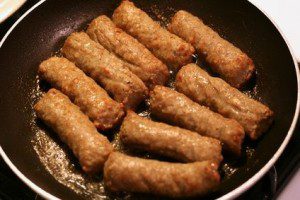 Even Big Boys Get Grounded: Felix Baumgartner’s scheduled free-fall from 23 miles was postponed again on Tuesday as winds forced postponement of his historic attempt.  The winds were too high: “Gusts like today’s—which were focused at about 700 feet [213 meters], near the crest of the balloon—could possibly tear Baumgartner’s 0.0008-inch-thick (0.02-millimeter-thick) plastic balloon or overturn the stabilizing crane that prevents the pressurized capsule from ascending too soon.”  The balloon is only about 1/10th the thickness of a sheet of paper.  It has yet to be rescheduled as bad weather is expected for several days.  Here’s a fascinating link to the personal account of Joseph Kittinger, the present record holder (free-falling 18.5 miles in 1960), telling what it was like to free-fall for 18.5 miles.  Kittinger is the capsule communicator for Baumgartner’s attempt to break Kittinger’s present world record (a snippet: “Now that I am safely down, I realize once again how dependent upon the protection of the Almighty are all seekers of the unknown.”)

The Good Vibrations Aren’t So Good Anymore: “Brian Wilson says he felt blindsided by a news release from his Beach Boys band mate Mike Love that ended the good vibrations on the band’s 50th anniversary tour.”

Hope for Alzheimer’s Patients: an experimental new drug from the Eli Lilly & Co. seems to slow the loss of memory and cognitive decline in patients with mild stages of the disease.

What Doctors in the New Millennium Carry: the days of house calls are nearly gone, as are the leather satchels that doctors used to carry.  What will they be carrying soon that you may never have seen or heard of?

What Your Breath Can Tell Your Doctor: “Now, scientists are identifying thousands of chemical compounds that create those telltale odors. Tools called mass spectrometers can detect them in quantities as minute as parts per trillion, the equivalent of finding a single ping-pong ball in a thousand baseball fields filled with ping-pong balls.”

SCRAMBLED EGGS: (a bit more on the scrambled, fractured side)

Facebook Want Button: “Facebook’s Like button is famous with users the world-over, but it may not be long before folks have a couple more buttons at their disposal.”  What do you click if you don’t want a Want button?

Postcards From Mars: photos from a Martian named Curiosity.  Could this be the start of the Martian “Silver Rush”?

Who Needs a Brain?: it seems the “blob” has a memory!  If your spouse ever accuses you of being brainless, this should be encouraging to you!

That Really Stinks: “Ah, the sure signs of fall are here: gorgeous leaves, football games, brisk hikes and stink bugs. In what’s becoming an annual ritual, the smelly, annoying scourge of homeowners from coast-to-coast is crawling inside homes across the country this fall as the weather cools.”

Beauty Kills: “Scientists estimate that just one of these potent frogs has enough poison to kill 10–20 adult men…” 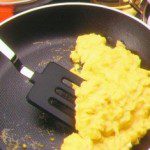