Peter Enns: “Forgiveness does not depend on our ability to bring the other to the same realization. Our forgiveness must commence regardless of the other.”

Elizabeth Scalia: “The attack went on for hours. Why didn’t/couldn’t our military go in? Was it for the same reason that no military was there to protect them in the first place, that the Obama administration did not want the appearance of a military presence? Were they watching, thinking the attack should quickly succeed, allowing them to say it all happened so fast… and then it wasn’t fast?”

Marc Barnes: Delight and Being

John Mark Reynolds: “Better rule by a pagan who is consistent in his few virtues, then a Christian hypocritical about acting out his total truth… if theocracy is an evil then so is libertine morality that allows each person to do anything that is right in his own eyes. Such a culture will seem “free” at first, but will soon devolve into the rule of the strong over the weak.”

Steve Kornacki: Why a Romney Win Would Be Bad for America

Eric Teetsel: “Sometimes the Truth has political ramifications and a Christian social ethic prioritizes some issues over others. As Election Day draws near, Graham has provided a reminder of what is at stake and how Christians should act.” 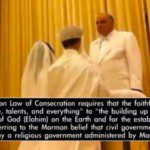 October 23, 2012
October Surprise? An Interview with NewNameNoah About His Mormon Temple Videos
Next Post 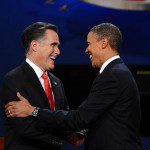