Objective Morality and Hard to Get at Truths

Bob Seidensticker has been checking out C.S. Lewis, and he’s put up a post explaining why he still doesn’t think it makes sense to talk about morality as objective.  I’m going to reply over here, but I’d love to have Hemant Mehta of Friendly Atheist step in and backstop me.

You see, back when Hemant and I were scrapping on Justin Brierley’s radio show, Hemant agreed with me that the Taliban are flat out wrong about the moral status of women, as wrong as people who think the earth is flat.  I was trying to press him on where the yardstick or rulebook or whatnot comes from, such that we can say that we more closely resemble this external standard than does the Taliban.  We didn’t settle the question in an hour.

But Bob Seidensticker diverges from Hemant and me one step further back.  While we’re arguing about what kind of thing the yardstick is, Bob denies it exists at all.  (I’m tempted to say he denies the cat).  He writes:

“Right” and “wrong” come with an implied point of view. I’m happy to say that the Nazis were wrong, but when I do so, the word wrong is grounded in my point of view. (Kind of obvious, right? I mean, whose point of view would I be using but my own?)

…Like Lewis, I insist that you keep your commitments to me, that you follow the basic rules of civility, and so on. When you don’t, I’m annoyed not because you violated an absolute law; you violate my law. It ain’t much, but it’s all I’ve got, and that’s enough to explain the morality we see around us.

It’s funny that this comes up right after we were talking about E-Prime.  E-Prime strikes “to be” and all it’s conjugations to remove some illusions that we’re talking about a shared reality.  Truer to say “I feel that X is wrong” or “X makes me feel icky” than to just go round asserting truths everyone may not assent to. (E-Prime does allow “should” “ought” “must” and other normative verbs, though).

Before you can ask, Bob’s already taken a good hard bite of the Nazi bullet in the comment thread, so I’ll have to attack on a different front.  Let’s go back to Lewis.  One point Lewis brings up in Mere Christianity is that we treat supposedly subjective moral opinions very differently than we treat subjective aesthetic opinions or other mere preferences.

I have to tell people that I care if they wear shoes in my home, because that’s a preference we think people can reasonably vary on.  But I generally don’t think it’s necessary to tell people I’d prefer they not steal my shoes, since I have a strong expectation that they know that rule already.  It’s not just my law.

And even if you slot an awful lot of things into the “preference” category, when I slide up a meta-level and ask whether thwarting people’s preferences is a ok thing to do for its own sake, there’s a darned near universal intuition that the answer is no. 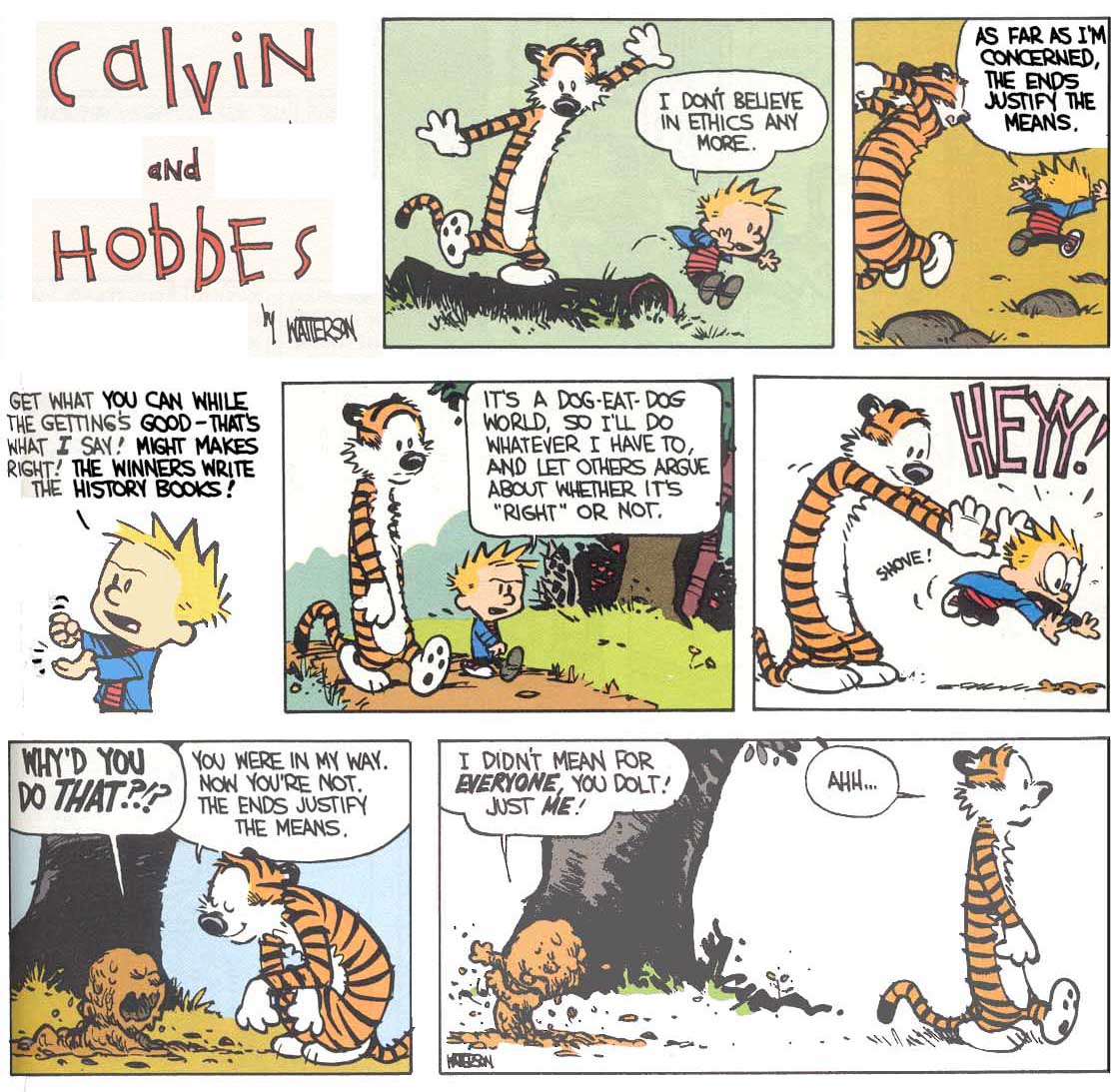 This agreement could be a matter of coincidence.  It’s easy to think of widespread consensus that turned out to be untrue (the geocentric solar system comes to mind).  But Bob is asserting something much stronger; he’s claiming that we can’t even ask if consensus is correlated with anything, since there’s nothing for the consensus to be true about.  I think the standard of proof he sets to check if our map actually has a territory to correspond to is impractically high.  His criteria is going to box out a lot of useful kinds of objective amoral truth.  Take a look:

I can think of some objective truths that exist but aren’t reliably accessible.  At one end of the scale is Russell’s teapot (there either is or is not a teapot in orbit around the Sun somewhere between the orbits of Earth and Mars).  That truth might be hard for us to verify, but our uncertainty doesn’t shape reality.  The teapot either really exists or really doesn’t.  (And we can make some educated guesses without any direct observations based on our prior beliefs about the world).  So, the truth of the teapot is fairly inaccessible, but it still is either true or false.  We just don’t much more about this question than we do about the exact number of socks currently in the DC metro area.  (An answer exists, but it’s not very salient).

But moral law, if it exists, is extremely salient.  If Bob’s main objection is that morality cannot be objective because our access to it is too imperfect and that’s unfair, then he’s really bringing up a theodicy problem — an argument against the existence God, not against some kind of objective moral rule.  Absent an agent to help bridge the gap between humans and moral law, there’s no reason we can’t just endlessly transgress out of ignorance, like a race of Oedipuses.

After all, physics and math are interesting, relevant, human-independent, and quite difficult to access.  Plenty of  physics questions were untackleable until our instruments got better.  And even as we learn more, a lay consensus is slow to emerge.

Physical laws may be true, but we aren’t forced to notice them.  When I look at an object, I immediately perceive its color, but not other facts about its physical existence (like that it’s made of quarks).  My knowledge of the physical world is limited, but with a good epistemology and more data, I can make it more accurate.  I can talk about becoming more accurate only insofar as there’s something the model in my head can more accurately resemble.

If Bob doesn’t think there’s some external standard that his personal understanding of morality can grow to more perfectly resemble, then I’m really baffled about how he approaches new questions.  Is the goal just to more perfectly and consistently live out your essentially arbitrary moral preferences?  Because then how did authenticity sneak  in as a universal virtue here?  (I’m reminded of Bobby’s fatalism as an excuse for inaction in Company).

As it stands, I don’t understand why Bob feels a particular loyalty to his arbitrary moral preferences.  Any debating atheist knows that we’re running on buggy hardware, and that humans unique in that we are the only creature that can study our programming and subvert it.  There’s no reason for Bob to treat his moral preferences as any more sacred or central to his identity than his gastronomic preferences.  Either set could be maladapted to his current environment, and it’s worth poking around to see if he can come up with something better.  Does he really think we’re powerless in the face of these questions?

In his framework, we seem to be little wind-up dolls.  We can’t direct our moral development, not because of a lack of power, but because there’s nothing to direct it towards.  The only reason we should follow the dictates of our conscience is because it makes us feel uncomfortable when we don’t.  That’s the same kind of discomfort we feel when we see a snake-shaped stick and don’t run, or when we see someone weird/unexpected looking and shudder.  There’s no higher demand in Bob’s metaphysics that pulls us off the path of least resistance.

October 21, 2012 Help me make a hymnal for the Liturgical Party Train
Recent Comments
248 Comments | Leave a Comment
"Back to Square 1 ... ¯\_(ツ)_/¯Season 3!G.657BW.CO/d5573Y"
Bobby Klein My Good Catch Catches Them All
"We all are meme thiefes here 😂🙃fM.9226B.US/fA5573BU"
VanguardAI Books on deck for me for ..."
"To understand an art, you must understand phynomena."
Unlcuky13 I’m speaking about my conversion in ..."
"Despite the differences in level, it's still an excellent manga.pt.2632W.US/U5573xM"
Pilzkeks Dissecting the Catholic Vote for FiveThirtyEight
Browse Our Archives
Related posts from Unequally Yoked