If you’re like me, you already know the candidate for whom you will vote.  You also want to do what’s reasonably within your power to help place (or keep) the right man behind the Resolute desk — but you don’t have a whole lot of interaction with uncommitted voters.

A friend of mine approached me with an idea.  “I haven’t decided whom to vote for,” he said, “and I’m wondering if you might post something inviting your readers to comment and try to persuade me to vote for their guy.”  I thought it was a swell idea.  I’ll keep his identity private, but let’s call him Brother Campbell.  Brother Campbell is a Christian minister of some sort, and in the midst of a PhD program.  A bright guy, and very committed Christian — but he doesn’t spend all day reading and writing about politics.

So, what would you tell him?  How would you try to convince him to vote for your preferred candidate?  Here is Brother Campbell’s explanation — and your chance to do something more than just vote and donate:

It seems like this election is focused solely on the economy and getting America back to work.  Which candidate will be more effective at accomplishing this goal?  Selfishly, I think I would fare better under a Romney presidency, but as a Christian I feel compelled to vote for Obama because his approach seems to demonstrate greater tangible care and concern for marginalized people.  However, Romney appears to have a more compelling and convincing plan (and ability) to help the economy and get America back to work.

For each of the items below there is not a single yes or no answer.  I’d value hearing the nuanced pros and cons of each candidate’s approach.

As a side note, it’s refreshing that the two major hot button/polarizing issues, abortion and gay rights, have received minimal air time. Also, the lack of discussion about religion and politics is both noteworthy and refreshing as well.

I’m offering all of this without comment on my part.  What would you say? 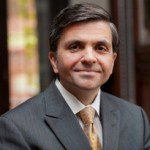 Evangelical
Is the Defense of Traditional Marriage Like the...
Philosophical Fragments
TRENDING AT PATHEOS Evangelical