I’ve noted before how labeling the struggle for same-sex marriage as a Civil Rights struggle on a par with the struggle for racial equality makes further conversation on the matter nearly impossible.  While I believe (and I would encourage all Christians to believe) that every homosexual individual deserves all of the same rights and protections that heterosexual individuals enjoy — and preventing gays from suffering bullying, for instance, is absolutely a civil rights issue.  I believe all humans are, essentially and in themselves, equal in the eyes of God and ought to be treated as equal before the law.  But just as it does not follow that every human action is equal in the sight of the law (the state has every right to treat people differently on the basis of their actions), so it does not follow that every human relationship need be equal in the sight of the law.

So while I have openly wondered whether the time has come for evangelicals to allow the American legal system to be neutral between competing models of marriage, I reject the argument that homosexuals have a civil right to see their relationships treated identically with heterosexual relationships.  Framing this as a civil rights issue on a par with racial equality not only turns every traditional marriage defender into another Bull Connor but it also will make it much harder to preserve religious freedoms for those who disagree.

But this post is not about my views.  I just wanted to share why I think this issue is so important, and why I’m pleased to share this guest post from Mark Tooley, President of the Institute on Religion and Democracy.

Prominent United Methodist pastor Adam Hamilton, who recently preached at the National Cathedral prayer service for President Obama’s inauguration, has opined in The Washington Post that current Christian disapproval of homosexual practice resembles earlier church approval for slavery.  In reading the op-ed by Hamilton, whom I know and admire, I was reminded of a “fundamentalist” West Virginia friend whom I recently visited.

My West Virginia friend had a born again experience some years ago and has decidedly conservative views. Recently visiting his remote rural home, he explained to me that he no longer attends any church, as none of them teach the Bible correctly.  The Bible is very clear to him, and he is compelled to worship correctly, at home.

Undoubtedly my friend would disagree with Hamilton about homosexuality.  But they both ultimately have a similar view that the Bible can be reinterpreted, privately, apart from the historic Church.  In their hyper-Protestant view, each believer is apparently free to develop his or her own theology, even if it contradicts universal Church teaching as practiced across millennia and across cultures.

Hamilton dismisses a “handful” of biblical scriptures opposing homosexual practice.  He compares them to one hundred or so Scriptural verses that sanctioned ancient slavery, to which pro-slavers in the old pre-Civil War U.S. South pointed in defense of their own practice.

Previously Hamilton has cited homosexuality as a “grey” area, like just war versus pacifism, about which Christians may disagree.  Last year, he urged the United Methodist Church’s governing General Conference to replace its official disapproval of homosexual practice with recognition of disagreement.  But it seems homosexuality is no longer so grey for Hamilton and is now black and white.  He predicts that in the future sermons disapproving of homosexuality will sound as archaic as pro-slavery sermons do today.

Actually, historic Christianity’s understanding of marriage and sexual ethics rests on considerably more than a few scriptural verses.  The iconic image of permanent fidelity between husband and wife is endlessly interwoven with the biblical imagery of God’s faithfulness to His people, and Christ’s fidelity to His Church.  Christ is Himself the eternal bridegroom whose bride is The Church.   As scholar Robert Gagnon emphasizes in his magisterial book, “Homosexuality and the Bible,” Christ Himself, when speaking of adultery, assumed a Jewish understanding of it that included as taboo all sex outside of marriage between man and woman.

No less importantly, every Christian by faith becomes a member of the universal Church, which is the Body of Christ.  No individual believer is completely autonomous but a member of the larger Body, to whom he or she is accountable.  Under no traditional understanding of Christianity, whether Catholic, Orthodox, or Protestant, may an individual unilaterally or in a sect reinvent central teachings of The Church.  Christianity traditionally understands itself as not singularly defined by any one person or group of believers but as the whole community of believers, collectively known as saints, both on this earth, and in heaven, all mystically tied together forever as one indivisible Church.

Confusing sociology with theology, Hamilton suggests Christianity will change because young people have more permissive attitudes towards sex.  But transmitting the traditional faith to the next generation is a constantly repeated, 2000-year-old challenge.  And the Christian sexual ethic of chastity, calling for monogamy in marriage and celibacy in singleness, the official standard even in Hamilton’s and my liberal denomination, was as much a challenge for the first century Church as it is today.  The whole Gospel, calling for constant self-denial, love of even unlovable neighbors, forgiveness for evil doers, and giving away of wealth to even the ostensibly undeserving, is never easy and certainly not readily popular.  Yet the message perseveres and today has more adherents (albeit always flawed) than ever before.

Even setting aside theology for sociology, there’s little evidence to support Hamilton’s progressive thesis.  Even in the U.S., only declining denominations have affirmed homosexual practice, and their membership spirals accelerated after their formal shift.  Virtually all growing denominations in the U.S. are more orthodox.  It’s hard for a church to grow while also denying the authority of Scripture and the universal continuity of the central Christian message.   There are a few successful liberal congregations, usually thanks to dynamic clergy.  There are no successful liberal denominations.  Of course, Christianity is dramatically growing in the Global South, where it is overwhelmingly orthodox.

Maybe most distressing about Hamilton’s op-ed is his equation of traditional views on sexual ethics with the evil of slave holding.  Stigmatizing traditional faith in today’s America is increasingly common and portends a growing threat to orthodox expressions in the public arena.  The Obama inauguration’s cancellation of a popular pastor scheduled to pray because he had preached against homosexual practice 15 years ago vividly illustrated the widespread stigmatization of all orthodox faith.

As to Hamilton’s slavery comparison, slavery was never a central teaching of Christian faith, and over the centuries, wherever Christianity spread, slavery, once universal, receded.  The arcane attempt to defend slavery with the Bible by some southern apologists in the early 19th century was an unsuccessful effort to uphold a particular culture against the Christian ethic.  Traditionalists today believe Hamilton’s argument demands that The Church once again surrender to a contemporary culture.

Unilaterally reinterpreting the Bible apart from the universal Church, whether by a popular pastor like Hamilton, or my West Virginia friend, is an old past-time for individualistic Americans, for liberals and conservatives.  But whatever today’s fads in our culture, the Church and its message together will persevere. 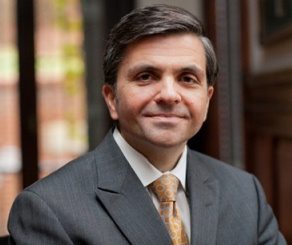 Mark Tooley is President of the Institute on Religion and Democracy in Washington, D.C. 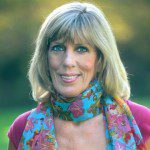 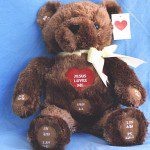 Are You a 'Judgmental' Christian? Good.
The Chorus In The Chaos
Related posts from Philosophical Fragments