A Christian Vision for Kingdom Politics: Immanentize the Eschaton!

Note from Tim: I’ve invited several friends to begin contributing periodic posts to Philosophical Fragments. One I’m very excited to introduce to our readers is Joshua Hawley, a friend from my Stanford years, former clerk to Chief Justice Roberts, and now a law professor and the author of an outstanding book on Theodore Roosevelt (see the bio info at the end).

A Christian Vision for Kingdom Politics

Eric Voegelin was a German-American émigré who wrote several volumes of high-toned philosophy in the 1950s which were read by approximately zero members of the American public—save a certain William F. Buckley, Jr. When the irrepressible founder and editor of National Review happened upon Voegelin’s first monograph, The New Science of Politics, he discovered a condemnation of utopian ambition in politics that delighted him. Politics turns totalitarian, Voegelin explained, “when a Christian transcendental fulfillment becomes immanentized. Such an immanentist hypostasis of the eschaton, however, is a theoretical fallacy.” Right. In short order, Buckley had converted that jumble of theory-speak into a whimsical political slogan: “Don’t let them immanentize the eschaton!” Or, broadly: Beware of all political programs that aim to create utopias.

Eventually Buckley had the phrase printed on t-shirts and buttons and it became a favorite of conservative political writers. But I wonder, ten days before a presidential election in which evangelicals will again be called upon to fulfill their duties as citizens: Isn’t immanentizing the eschaton precisely what Christians citizens should be doing?

For the last thirty or more years, since evangelicals first entered the political fray as a unified voting bloc, they have pursued what one might call a conversionist approach to politics. This is not altogether surprising, given the events that propelled them into politics to begin with: the Supreme Court’s banishment of prayer from public schools and religious symbols from public places, Roe v. Wade, the skyrocketing divorce rate and rise of single-parent families. By 1976, self-professed evangelicals composed a major part of the winning presidential candidate’s electoral majority—Jimmy Carter’s, the born-again Baptist from Georgia. Four years later, evangelicals abandoned him and his Democratic Party en masse in favor of the pro-life Ronald Reagan.

Through the 1980s and ’90s, evangelicals sought to turn back the forces of secularization. Groups like the Moral Majority and the Christian Coalition pressed for laws recognizing Christianity’s unique place in American life, including laws that would allow prayer in public schools and Christian displays in public places. They advocated a constitutional amendment to overturn Roe v. Wade.

In the main, the idea was to resurrect America’s Christian identity, to win from the public and from the government recognition of “Christian values,” and reaffirmation of Christianity’s special place in American history and culture. The aim was, in a sense, to “convert” both society and government.

That approach is due for a rethink. For one thing, it depends on a Christian social hegemony that is likely lost for good. Believing Christians no longer constitute an overwhelming majority of the American public, nor do they occupy the commanding heights of culture, entertainment, and academia. As a sheer projection of demographic destiny, they are unlikely to do so anytime soon.

It’s far from clear that restoring Christian social authority is an appropriate aim of politics in the first place. The conversionist approach tends to confuse the distinct missions of church and state—is it really the role of government, for instance, to promote “Christian values” or refurbish America’s Christian heritage?—even as it fails to provide much guidance as to what, exactly, government is supposed to be doing.

Which brings me to the eschaton. It’s a Greek word referring to the end of history, and in the Jewish thought first-century Christians inherited it meant the millennial kingdom of God that would commence with the coming of the Messiah.

But here’s the thing. The New Testament teaches that this long-looked-for kingdom has dawned now, in the death and resurrection of Jesus and the outpouring of the Holy Spirit. Christ has become king and, as Scripture says, presently rules over the world and over earthly government. That last point is central. Scripture teaches that political government is mandated by God for his service and is one means by which the enthroned Christ carries out his rule.

These things together tell us something quite important about what government is for, and what Christians should be trying to do with it and with politics. Government serves Christ’s kingdom rule; this is its purpose. And Christians’ purpose in politics should be to advance the kingdom of God—to make it more real, more tangible, more present. Or should I say, to immanentize the eschaton.

Now let me just say, advancing God’s kingdom does not mean abandoning constitutional government in favor of theocracy or using the state to convert non-believers. On the contrary, a kingdom-inspired approach to politics would give up trying to Christianize the state altogether. The reason is found in the state’s unique mission. God’s mandates for state and church are distinct, as Romans 13, to take one example, makes abundantly clear. While the church is to proclaim the salvation of God in Christ, the state is charged with keeping order, punishing wrongdoers—and more broadly, with securing the conditions of life that allow individuals to realize their gifts and callings: in a word, to flourish. Put another way, the mission of the state is to secure justice. Justice, as it turns out, is the social manifestation of the kingdom.

God’s instructions for Old Testament Israel illustrate what this social justice looks like. Mosaic law emphasized the moral equality of citizens. It guaranteed equal access to courts of law and equal treatment by the law’s provisions. The law emphasized the value of work and its connection to personal dignity. Israelites were permitted to own private property and keep the fruits of their industry. At the same time, the law protected workers from exploitation and ensured broadly available opportunity for remunerative labor. The law also specially provided for the poor, the weak and the marginalized. It offered support for widows, orphans, and the destitute; it forbade usurious loans and other abuses and schemes to deprive the poor of their land. In sum, Mosaic law envisioned a society where the dignity of every citizen was protected and valorized, where each laborer had a chance to earn his own way, and where the poor had opportunity for advancement. By keeping these laws and building this society, Israelites were to anticipate the future kingdom of God.

What might a kingdom-inspired agenda take as priorities today? To start, a kingdom focus suggests Christians ought to be working not merely for a bigger economy, but for a better one. The number of low- and unskilled workers in the labor force has declined precipitously under President Obama, but the truth is, the trend is more than forty years in the making. Too many workers with less than a college education simply cannot find work in today’s marketplace—or cannot find work sufficient to support themselves or a family. This must change. Labor, and the ability to earn one’s own way, is central to dignity and indeed, to vocation. Christians should seek to broaden the private economy to include more individuals in remunerative labor.

A kingdom agenda would also focus on expanding opportunities for the poor and marginalized, with better primary and secondary schools, for example, and expanded access to vocational training. Of course, the most vulnerable among us are the unborn, and just as the Mosaic law forbade abortion and protected the rights of the marginalized, so kingdom-focused Christians today should continue their efforts to protect the unborn in law. But they should go further. Pro-choice advocates have long argued that access to abortion is necessary to guarantee women equal standing in society. Embracing the kingdom call to equality, where “there is neither male nor female, Greek nor Jew,” Christians should work to ensure that this is not true. Women must be welcomed as full and equal participants in society as women­—including as mothers—and not required to behave as men in order to achieve social standing. To the extent workplace mores and even laws must change in order to make this ideal a reality, Christians should work to change them.

This is the merest sketch of what a kingdom-focused agenda might mean, but here is the point. Rather than seek to Christianize the state and use it to restore a Christian social consensus, believing citizens should call the state to its true purpose—to serve justice, and by extension, the kingdom of God. This is Christians’ role in politics, and their service, both to the Lord and to their fellow man. For the principles of the kingdom and the social life it envisions are not for Christians only, but for all people. The kingdom life is the common good. And Christians should offer it winsomely, creatively, heartily once again. 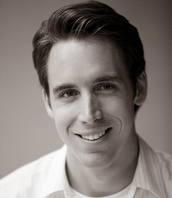 A former clerk to Chief Justice John G. Roberts Jr. of the Supreme Court, and Michael W. McConnell on the Tenth Circuit Court of Appeals, Joshua Hawley served in the national appellate practice of Hogan Lovells US LLC in Washington, DC, for several years, and now teaches as associate professor law at the University of Missouri Law School. He is also the author of Theodore Roosevelt: Preacher of Righteousness, published by Yale University Press. 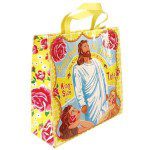