Why Christians Should Defend Mormons from Mockery, Part 2

Several days ago I began to make the case for why evangelicals should defend Mormons from mockery.  The line of commentary began when I came across a video from “NewNameNoah” showing secret Mormon Temple ceremonies, recorded on a hidden camera.  I referenced Walter Martin’s nasty treatment of Mormons in generations past, and Bill Keller’s accusations of demonic infestation today.  I wrote:

Evangelicals are not wrong to be concerned about the growth of Mormonism.  The truth matters, and I like many of my evangelical brethren am convinced that Mormonism does not fully teach the truth of Jesus Christ and his gospel.  But we are wrong to let that concern, that suspicion, that fear, drive us to treat Mormons worse than any other religious group in America.  It’s not a matter of compromising our commitments to truth, but of fulfilling our commitments to love.  Just as it would not be loving to let the saving truth of Jesus Christ be distorted, for in that truth is the liberating message of God’s forgiveness and provision for all people, so it’s not loving to misrepresent what Mormons believe and condemn them in vicious and exaggerated tones.

Evangelicals have verbally abused Mormons in a manner not unlike our treatment of gays in the 1980s and 90s.  Many Mormons are disgusted by the treatment they’ve received; if you ask them for their impressions of evangelicals, they appreciate that evangelicals are co-belligerents on issues like abortion and marriage and the family, and that evangelicals (like Mormons) tend to have a high view of the Founders and the Constitution.  Yet Mormons are understandable resentful of the accusations that evangelicals pile upon them.  When evangelicals describe “what Mormons really believe,” most Mormons find what evangelicals describe unrecognizable, wildly at odds with the religion they’ve practiced for decades, and unconscionably caricatured.  It gets even worse when Mormons protest “That’s not what I believe!” and evangelicals — assuming to know their religion better than they do — tell them that they’re lying or else unacquainted with the “true teachings” that are only revealed to Mormons of a higher order.  It strikes of hubris.  Too many evangelicals believe they know what Mormons really truly believe but have never truly listened to a Mormon.

The truth is simple yet hard to practice: A message of life-changing grace falls flat when its messengers show no evidence of lives changed by grace.  The world does not see what we do in private.  So we need to hold ourselves to the highest standards of Christlikeness — being full of grace and truth — when we speak in the public square.

Which brings us to the videos that precipitated this whole discussion.  What is the proper Christian response?

First of all, let’s try to put ourselves in Mormon shoes here.  Imagine something that we evangelicals hold as extremely sacred, something beautiful and life-changing and deeply meaningful.  Then imagine that someone violated that sacred ceremony — and had to lie multiple times to pastors and church authorities in order to do so.  Then imagine that this person secretly videotaped the whole thing and broadcast it out to the world with mocking, one-sided, misleading captions that invited the whole world to join in the mockery.

In fact, it shouldn’t be too hard for evangelicals to understand.  We can imagine hypotheticals — imagine that your daughter were being baptized as a ten year old, and someone intruded in this ceremony that meant a great deal to you, secretly recording himself (forgive me for this) squatting in the baptismal and defecating into the water; then he posted the video on YouTube and made a mockery of something that meant a great deal to you.  But we don’t even have to reach for hypotheticals.  What about The Last Temptation of Christ, which showed Jesus (in his imagination) having sex with Mary Magdalene.  Or “Piss Christ.”  There is nothing more private or sacred for Mormons than the Temple rituals.  Yet these videos take what many people hold sacred, presents them in distorted form without any context or explanation, and invites the world to ridicule.

Do the rituals recorded in those videos seem weird to me?  Yes, of course.  Just like the Eucharist must seem bizarre to people who don’t understand its world of symbolism.  Is there anything wrong with having ceremonies that are only for the faithful, ceremonies that are meant to be kept secret?  Of course not.  Should Christians celebrate that someone lied repeatedly to gain admission, breached the rules to secretly record the proceedings, released those films with an obvious political agenda in the midst of an election contest, and invited the world to join in the mockery?  Would that be a Christian thing to do?

The answer is obvious.  Mormons view us as hypocritical when we tell them they’re not Christian, but then behave in a non-Christian way toward them.  And, well…they have a point.  To the extent that Christians take advantage of these videos to engage in more Mormon-bashing, they should be ashamed.

Sometimes the best thing we can do is stand beside those whose beliefs or actions we criticize.  Jesus spoke with love to the Samaritan woman.  He dined with prostitutes and tax collectors.  He defended the adulteress from stoning.  When you tell someone that their actions or their beliefs or wrong — but defend their dignity against the mockers and revilers — then you are communicating the love of God not only in your words but in your deeds.  Which is the only way truly to convey the love of God.

If you saw a gay man being beaten for his homosexual activity, would you intervene?  I hope so.  If you saw a Muslim being strapped to a lightpost with hateful words scrawled across his chest, would you help him?  I hope so.  We believe we have to communicate the truth with regards to homosexuality and Islam.  We also believe the same with regards to Mormonism.  But in light of the ways we’ve mistreated Mormons in the past, we should be seize the opportunity to make amends.

We cannot speak the truth in love unless we stand against those who speak in hate.  We cannot say “I tell you the truth because I love you” if we do not stand beside them against mistreatment. 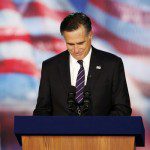