Ten Things I Believe About Evangelicals and Same-Sex Marriage

Let me make several things clear, in response to all the conversation that’s erupted over my Question of the Week on Monday: Is it Time for Evangelicals to Stop Opposing Gay Marriage?:

I would rather be despised for believing and professing the truth than for compelling a growing number of others in a secular democracy to live according to laws they find morally (and in many cases religiously) unconscionable.  Christians should always seek to shape the culture and impact the marketplace of ideas.  But I don’t think there’s anything inherently contradictory in Christians professing their convictions but understanding that we live in an increasingly secular society representing multiple moral and religious philosophies and accepting that our laws on marriage will reflect that diversity.  Also, if gay marriage is going to become the law of the land (which, I grant, is not a given), I would rather it come about through legislative than judicial means.  If it is framed judicially as a violation of civil rights to treat same-sex couples any differently from opposite-sex couples, then Christians will have very little ground to stand upon for religious conscience protections.  But if it is framed legislatively, and that legislation is fortified with safeguards for religious freedoms, then Christians may find themselves in a much better position in the long run.

Finally, as I said, I raised this question in good faith.  It’s an earnest question for me.  I have not settled on an answer.  I wanted to show that questions are permissible even amongst committed evangelicals and I wanted to show that we could hold a thoughtful conversation.  So I look forward to reading more as our discussion continues. 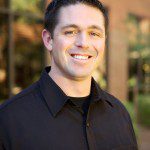