The Callous Theology of James Dobson

When I received this piece from Peter Wehner, I wanted to publish it right away — and the fastest way to do so is as a guest post.  For those who don’t know, Pete has been one of the leading evangelicals in Washington for a long time now.  He served in the Reagan and George H. W. Bush administrations, and headed George W. Bush’s in-house policy shop, the Office of Strategic Initiatives. He co-authored City of Man: Religion and Politics in a New Era with Michael Gerson, and Wealth and Justice: The Morality of Democratic Capitalism with Arthur C. Brooks. Presently he is a Senior Fellow at the Ethics and Public Policy Center and writes frequently for Commentary.

The Callous Theology of James Dobson

Some Christian conservatives seemingly cannot help themselves.  They have to try to find some deep theological explanation for the evil we witness in places like Newtown, Connecticut.  But often in doing so, they injure the very faith they seek to represent.   The latest example is by Focus on the Family founder James Dobson, who, in speaking about the events at Sandy Hook Elementary School, said this:

I mean millions of people have decided that God doesn’t exist, or he’s irrelevant to me, and we have killed fifty-four million babies and the institution of marriage is right on the verge of a complete redefinition.  Believe me, that is going to have consequences too.

And a lot of these things are happening around us, and somebody is going to get mad at me for saying what I am about to say right now, but I am going to give you my honest opinion: I think we have turned our back on the Scripture and on God Almighty and I think he has allowed judgment to fall upon us.  I think that’s what’s going on.

Let’s see if we can untangle some of this, beginning with this observation: In the New Testament, suffering and death are more often evidence of obedience than disobedience to God.  When the Lord told Ananias to go to Straight Street and place his hands on Saul (later Paul) to restore Saul’s sight, the Lord said to Ananias, “This man is my chosen instrument to carry my name before the Gentiles and their kings and before the people of Israel.  I will show him how much he must suffer for my name.”  The two most important figures in Christianity – Jesus and St. Paul – died violent deaths (according to Christian tradition, Paul was beheaded by the Romans).  So the effort to create a cause-and-effect – in this case, turning your back on God leads to mass shootings and violent death – is itself theologically misguided.

The workings of God in the midst of tragedy cannot be reduced to a simplistic moral mathematics in which sin yields to disaster, in part because America is not a covenant community on the model of ancient Israel. The community of faith is found in every nation.  Believers share the blessings and tragedies of their neighbors. Rather than declaring the suffering of their neighbors to be deserved, they should work and pray for the common good.

A second point: Earlier this year we learned from the FBI that violent crime rates in the U.S. are reaching historic lows.  Since 1993, for example, the rate of violent victimization has dropped by more than 70 percent.  Those findings undercut the Dobson thesis. If America has gotten less godly, why would God’s judgment (which Dobson believes manifests itself in violent crimes) be getting less, not more, severe?  On the flip side, the number, rate, and ratio of abortions in America are lower today than in the past.  So why would God lash out now, when the abortion rate is going down, rather than before, when it was going up?  And how would Dobson explain why the murder rate was higher when same-sex marriage wasn’t even being discussed and more people believed in God?  One can see how terribly confused Dobson’s argument is once it’s actually scrutinized.

Third, Mr. Dobson assumes he knows the mind of God and what most grieves, angers and moves His heart.  But surely Dobson knows that Jesus mentions divorce more often than he mentions homosexuality (which Paul addresses but Jesus does not).  So why is same-sex marriage on Dobson’s list but divorce is left off?  And what about the other things that concern God – like indifference to the poor, not caring for the stranger and alien in our midst, a haughty spirit, and riches?  When I listen to James Dobson and I read the gospel accounts, two jarringly different portraits emerge.

Now, assume you were a parent of one of the children who was gunned down at Sandy Hook Elementary School and you heard a well-known Christian figure like Dobson declare that the worst thing you could possibly conceive of – the murder of your first-grade daughter — was a result of the wrath of God.  If you believed this, it would only add to your grief.  And if you didn’t believe it, it would only add to your anger.  And what would Dobson say to the father of the boy who had just dedicated his young life to the Lord?  Why was he the target of God’s judgment?  Because Washington State passed a same-sex marriage initiative?

Why is it that tragedies often bring out such callous statements – including from the very people you would hope would show some measure of grace, discernment, and perspective?  And why are some of the most offensive statements made by some of the nation’s most visible (conservative) Christians?  I am at something of a loss to explain it.

Since in the past I’ve criticized other Christian leaders for making similar statements, I wanted to explain why I, an evangelical Christian and social conservative, find them to be disquieting.  It’s because they discredit a faith I cherish – and what these people say is not the expression of the faith I hold.  For them politics, not faith, is their interpretive lens.  Christianity becomes a blunt instrument in an ideological struggle.  The result is that people of faith explain a brutal massacre by connecting imaginary dots.  And the fact that doing so damages the Christian faith seems to bother them not at all.

Richard Dawkins and Sam Harris couldn’t have done it any better. 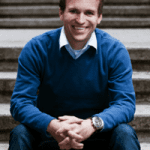