When Children Are Killed at Christmastime

When Children Are Killed at Christmastime December 23, 2012 Timothy Dalrymple

One of my intentions for Philosophical Fragments — and for the Evangelical Channel at Patheos in general — is to bring together some of the finest examples of evangelical thought leaders engaging the issues in the public square.  So I’ve been honored to host excellent guest posts recently from Peter Wehner of the Ethics and Public Policy Center, Jennifer Marshall of the Heritage Foundation, Josh Good of the American Enterprise Institute, Greg Scott of the Alliance Defending Freedom, Andrew Marin of the Marin Foundation, and famed apologist Ravi Zacharias.  I just launched a Facebook page for Philosophical Fragments — so please click “Like” in the box in the sidebar of this blog if you want to continue receiving some of the best evangelical commentary available.

The following is from Johnnie Moore, one of the most winsome and important voices in the rising generation of evangelical public intellectuals.  My thanks to Johnnie for allowing me to convey that voice into the open marketplace of ideas. 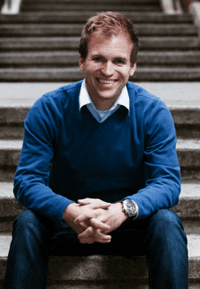 When Children Are Killed at Christmastime: Run Toward God, Not Away

As our nation mourns the recent loss of so many precious children, consider that on the first Christmas, the very same evil that Jesus came to combat was similarly exhibited through the slaying of innocent children. King Herod, out of fear of losing his power at the hands of a rumored messiah, ordered the murder of all young, male children in Bethlehem.

Ironically, the same tragic tone we are experiencing this Christmas—the weeping of parents, and of a people, for their lost children—was a key part of the first Christmas, too.

Amid the tears of Sandy Hook, and of Bethlehem, Americans are asking transcendent questions like, “Why God?” and“Where were you?”,  just as people have for centuries. Indeed, these are among history’s most persistent questions, but despite them — dare we say, because of them? — faith persists.

To anyone who’s ever darkened the door of doubt, whether in this season or another, it’s no surprise that people speak most profoundly of their faith when they talk of God’s help in their greatest time of need or in a moment of great confusion or personal crisis. For, it’s in these very times of questioning that we exhibit faith in the one who can give us hope at Christmastime and everyday. We console one another with Bible verses. We hold memorial services and candle light vigils. And, above all, we pray.

All of this is because man intuitively, even supernaturally, pursues God — the same God he questions — when life gets out of control. This is the God Christians celebrate each December. This is the same God who pursued us by entering this world to save us.

A reporter once asked Nobel Peace Prize winner Elie Wiesel, a Holocaust and Auschwitz survivor the question of “Why?” Why had God allowed such tragedy to take place? Why had he allowed so many innocents to meet an untimely and undignified end?

The truth, as Wiesel knew, is that we will never — can never — fully know “why?”

But, there are lots of things that we don’t know. We don’t know how such impossibly broken hearts can be mended; yet almost all of us know someone who has experienced such healing.

So, why is “knowing” so important? Why is it that man seems to have faith enough to believe that God is the one to ask, but not enough faith to trust that He can somehow make some sense of it all?

Well, consider this: If we fully understood God, then what kind of God would He be?

We must let what we know about God compensate for what we don’t understand about Him. While we think we need answers, what we actually need is God Himself.

…A God who “so loved the world that he sent his only son so that whoever believes in Him would not perish, but have eternal life” (John 3:16, paraphrased).

Johnnie Moore is the author of a forthcoming book on the “kindness of God” called Dirty God (Thomas Nelson, January 1, 2013). He is a Professor of Religion and Vice President at the nearly 100,000-student, Liberty University. Keep track of him @johnnieM. The opinions expressed are solely those of Johnnie Moore. 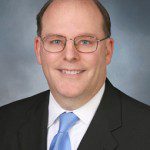 December 21, 2012
The Callous Theology of James Dobson
Next Post