The Theology of Les Miserables

I cannot think of any work of fiction that conveys the contrast between Law and Grace as vividly and profoundly as Les Miserables.  As a long-time fan of the novel and the musicals, I went to see the movie recently and enjoyed it immensely.  With minor variations, it’s a rendering of the musical, and the musical does an extraordinary job of capturing the major moral and theological themes of the novel.  With a harrowing performance from Anne Hathaway and fantastic range and power from Hugh Jackman (I felt a bit bad for Russell Crowe, who is a fine Javert in pure acting terms but hardly a singer), and strong performances also from those playing Cosette (young and old), Eponine, Marius and the Thenardiers, this is a movie worth your time.

Leah Libresco gets to the theology of the work when she writes about Inspector Javert:

“Javert loves God, in his own way, because Divine Law is the source of order in the world.  For Javert, the absense of mercy is the greatest mercy of all, because it allows Javert to perfectly understand the world around him.  Grace is a miracle, a dirty word, a motion to suspend the rules.

“Mercy unmoors the moral stars Javert navigates by, and, as an agent of the Law, he needs some kind of unfailing light to steer by.  The more precisely he understands the world, the less margin for error he needs to leave.  But, if God can break the rule that, if Lucifer falls, he will be in flame, how can Javert trust that the promise to the righteous will be kept?  Perhaps he lacks faith in God’s goodness, but I think he’s also afraid he’d have to give up a little faith in Javert.

After all, if the moral universe is as mechanical as Javert dreams, he can save himself through his own efforts.  If the rules are fixed and known, then all he has to do is follow them.  If there are no miracles and no mercy, then everything is within Javert’s understanding, and his mastery is only limited by his self-control.  God sets the rules, and Javert gets to play a fair game.”

I think she has the Javert part right.  What I love is the contrast between Javert and Valjean.  Both are creatures of the gutter (Javert was born in a prison), but their paths from a common origin are strikingly different.  With a serious SPOILER WARNING for those who have neither read the novel nor seen the musical, here are some of the key contrasts:

Have you seen the flick?  What did you think?  Let me know in the comments. 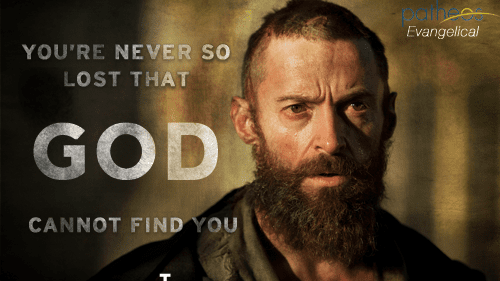 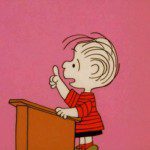 December 27, 2012
Why Linus Preaches the Gospel on National Television Every Year
Next Post 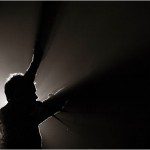 Evangelical
'Noah': To See or Not to See
Philosophical Fragments
TRENDING AT PATHEOS Evangelical