Is God Insane? Is War a Failure of the Church? An Interview with Nik Ripken

Nik Ripken’s new book, The Insanity of God, due out New Year’s Day (today), follows him through Somalia, China, former Eastern bloc countries, and other parts of the world as he works with secular relief organizations to deliver food and medical supplies, helps de-mining operations, or plants churches and meets with Christians who suffer for their faith. Ripken ends his book inviting the reader to “find Jesus” because “no one offers a faith like His.” This experience of finding Jesus he labels “THE INSANITY OF GOD.”

My friend Erik Campano, for Patheos, had a chance to speak with Nik Ripken.

EC: What precisely is “insane” about God?

NR: A God that would send his son to die on the cross — that seems to me like an act of insanity.

Insanity is something that most people wouldn’t choose. So if following Christ’s model is following an act of insanity…do you understand the dilemma that readers might be feeling?

Yeah… and I’ve had quite a bit of pushback from some of my better friends, but not as many as I had suspected.

God has said that he will leave the 99 sheep in the open country, just so Osama bin Laden can hear the Gospel. That is not something that they hear as a sane statement. To go after one lost sheep, leaving 99 in the open country — I would tell that story to Africans who have sheep and goats and camels and they would say to me: “That’s the dumbest story we ever heard. Anyone who’d leave 99 beasts in jeopardy to go look for one, we’d beat them or run them out of the village. And if it actually cost us 99 beasts, we might actually kill that person.” My culture had made me accept that this story had made sense; it doesn’t make sense.

I say to churches here, to everyone here that knows Jesus Christ, and has eternity as a reality: God is willing to use you, put you at risk, so that lost people might have access to Jesus. From the world’s point of view, that’s a love that’s gone over-the-edge insane.

One quote that sticks out from your book is near the end: “Satan’s greatest desire is for the people of this planet to leave Jesus alone. Satan desires that we turn away from Jesus — or that we never find him in the first place. If Satan cannot be successful at that, he desires to keep believers quiet, to diminish or silence our witness, and to stop us from bringing others to Christ.”

People who believe in a religion other Christianity — are you saying that they’re doing Satan’s will?

How to turn that into a positive statement?

My faith in Christ gives me a fantastic opportunity to proclaim Christ in the toughest places on the planet. If Jesus is not the answer, I don’t know if there is an answer.

So the absence of Jesus to you — it implies the presence of evil. Am I characterizing that correctly?

To me, there is absolute good and evil in the universe. I believe in a Satan and a loving God. If I understand evil correctly, evil’s desire is to keep Jesus from people on the earth, by the millions, if not by the billions. Satan’s desire and success is keeping hundreds of millions of people from having access to Jesus. The culture of America tells us that faith and religious issues are private issues, which I feel is a demonic lie. 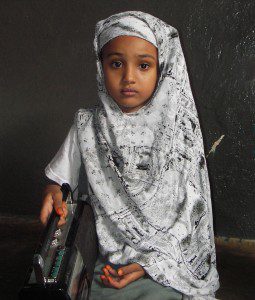 Some of the worst violence in the book takes place in Somalia. It’s really heart-wrenching. And you make repeated reference to the low number of practicing Christians in that country. So is Somalia violent because it’s not a Christian country?

Yes. I don’t know how to unpack that.

In other words, because Christianity has failed to take root, we’re forced to turn to a military solution?

The military solution came as a result of the failure of the church to do what God’s called it to do. Look at how much blood we’ve shed in Iraq… Afghanistan… Pakistan.

In Iran, America was famously referred to by fundamentalist leaders as “The Great Satan”. Your book invokes the term “Satan”; they invoke this term; and I’m wondering if using it doesn’t inflame the conflict rather than drive it towards a more peaceful resolution.

You’re probably right there, if I felt that I was representing the American government.

I’m asking people if they want to experience forgiveness from God, if they want to be healed, if they want to have loving families and wonderful marriages. I just pray that after a bit of time, whether I’m in Somalia, or wherever, they don’t see me and wife and kids first as Americans, but as people who love God. I’m trying to get out of the political conversation.

In Somalia, you have militants whose rhetoric is that they are the “persecuted.” The West, or Christianity: they’ll conflate the two, whether or not that’s fair. Now, the blanket description that you give about Christianity in this book is as a persecuted faith. But do you see examples in which Christian institutions are also the persecutors?

Let’s talk about those of us from evangelical backgrounds, without being too specific. One [group] that I know the best, they keep 97% of their money for themselves. It goes for buildings — mostly, interest on buildings — and paying clergy, for Sunday school and Bible study materials for those who are already believers, and they give two to three cents on the dollar to the rest of the world. We are basically aligning ourselves with the persecutors, by keeping our money and our time and our kids to ourselves.

At a personal level, going around talking about your book and experiences has got to be tough for you. Because you are from time to time facing audiences who are members of these churches that you’re criticizing as persecutorial.

When I’m standing in a pulpit or on a platform, I wrap this kind of thing around a number of stories. I allow my wonderful personality to come out, and my beautiful wife is sitting in the audience. Overt persecution is evidence that evil cannot shut us up. If we buy into that, it is probably the highest indictment of the Protestant evangelical church that we have today.

Come back Thursday for Part Two of this interview. Erik Campano is a former NPR local anchor in New York City. 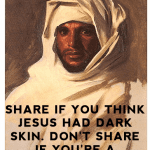