Christ Before the Cause: The Rise of a New Evangelical Politics

Peter Wehner’s recent guest post here at Philosophical Fragments — “The Callous Theology of James Dobson“– was shared on Facebook and Twitter over 40,000 times. It helped to provoke an important conversation about the Christian response to the Sandy Hook school massacre and the responsibilities of those who represent evangelical opinion in the public marketplace of ideas. Mr Wehner is a friend and an influential political thought-leader who is both a committed evangelical and a principled conservative who has served in three Republican administrations. A central part of the vision of Patheos’ Evangelical Channel has always been the cultivation and promotion of new generations of evangelical leaders — so I’m honored now to publish this follow-up reflection.

Christ Before the Cause: The New Evangelical Politics

In a piece I wrote for Patheos a few weeks ago, I referred to the “callous theology” of James Dobson, whom I correctly identified as the founder of Focus on the Family. What I didn’t say then, but I believe is worth saying now, is that several years ago Dr. Dobson severed his ties with Focus on the Family. The organization is therefore quite different now — and I would argue a good deal more winsome and effective — than it was.

The reason has to do with institutional leadership. Jim Daly is now president and CEO of Focus on the Family. It still devotes a huge amount of its work to strengthening marriages and offering parental counseling — something at which Dobson was quite accomplished and for which he deserves credit. But there has been a fairly dramatic shift in style, away from the “culture war” mentality to a more irenic approach. Mr. Daly has shown a much greater willingness than Dobson to engage in dialogue with those who disagree with him. And it’s fair to say, I think, that Daly — while theologically orthodox and socially conservative — is a person who is cut from a different temperamental cloth from Dobson. Mr. Daly is less abrasive and combative than his predecessor.

Beneath their stylistic differences, however, lies something important. One of the things I’ve noticed over the years is that some of the most prominent Christian figures in politics radiate a sense that their work is essential if the Lord is to accomplish His goals on earth. Because they believe so much depends on them, they develop an aggressive, anxious, even desperate spirit. They seem to believe that only they and a few others are strong enough to resist compromising with evil. And over the years they have demonstrated a barely contained disdain toward those who do not share their zeal for their cause. This can create its own set of problems.

I’m reminded here of the cautionary tale of Sheldon Vanauken, who in A Severe Mercy wrote about his days in the anti-Vietnam war movement. “I was one of those caught up in the mood and action oft the 1960s,” Vanauken wrote:

Christ, I thought, would surely have me oppose what appeared an unjust war. But the Movement, whatever its ideals, did a good deal of hating. And Christ, gradually, was pushed to the rear: Movement goals, not God, became first, in fact — not only for me but for other Christians involved, including priests. I now think that making God secondary (which in the end is to make Him nothing) is, quite simply, the mortal danger in social action, especially in view of the marked intimations of virtue — even arrogant virtue — that often perilously accompany it. Some may avoid this danger, perhaps. But I was not obeying the first and greatest commandment — to love God first — nor it is clear that I was obeying the second — to love my neighbour. Hating the oppressors of my neighbor isn’t perhaps quite what Christ had in mind.

Over the years, some politically active Christian leaders seem to believe that at stake in their work is nothing less than the influence of Christianity in America, as if Christ depends on them instead of the other way around. There are multiple effects to such a mindset, including apocalyptic rhetoric and absolutism. At some point, though, characterizing every election and every important piece of social legislation as a moral tipping point for America begins to wear thin.

My own sense of things is that an increasing  number of evangelicals, particularly younger evangelicals, want their brand of politics to be less partisan and bitter than in the past, as well as more high-minded and more firmly rooted in principles. They want their leaders to display a lighter touch, a less distraught and angry spirit, a more gracious tone. In short, they seem to be looking for a politics that is both moral and civil. And they are thirsting for more serious Christian reflection on human society and the human person — on first principles.

Which brings me back to Jim Daly and his impressive efforts to Re-Focus on the Family in a manner that strikes me, at least, as principled and effective. He carries himself and his institution in a way that seeks the welfare of the city to which we have been exiled — and understands that while the City of Man is our residence for now, the City of God is our ultimate home. 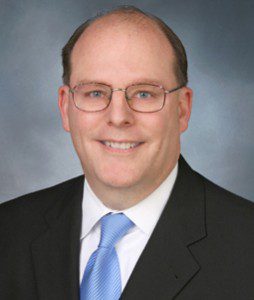 Peter Wehner co-authored City of Man: Religion and Politics in a New Era with Michael Gerson, and Wealth and Justice: The Morality of Democratic Capitalism with Arthur C. Brooks. After serving in the Reagan and George H. W. Bush administrations, he served as head of the White House Office of Strategic Initiatives under George W. Bush. Presently he is a Senior Fellow at the Ethics and Public Policy Center and writes frequently for Commentary.

January 1, 2013
Is the Church a Family Anymore?
Next Post