Even before the Louie Giglio imbroglio brought evangelical anti-human-trafficking efforts back into the limelight, I asked my friend Erik Campano to conduct a series of interviews on evangelical (as well as non-evangelical and even non-Christian) efforts to bring an end to human trafficking. My wife and I got involved in anti-trafficking and anti-slavery efforts many years ago, and some of the most profound stories of compassion and deliverance I’ve heard in recent years have centered on ending the trafficking of modern-day slaves, and especially ending the practice of kidnapping girls and selling their rape for profit. My own hometown of Atlanta, to its shame, is a sort of regional hub for networks of human traffickers. Our church and others have begun to band together to try to put a stop to it.

As it turns out, this is an important weekend for anti-trafficking efforts, and it presented the opportunity to talk with our friend Samuel Rodriguez about the matter. Here is Erik’s interview with Rev. Rodriguez:

A number of Christian organizations — mostly, but not exclusively, evangelical — have designated this weekend the National Weekend of Prayer to Abolish Slavery and Trafficking. Its stated purpose is “to mobilize prayer in America and to encourage awareness of the issue of human trafficking which is correctly called modern day slavery.” Reverend Samuel Rodriguez, head of the National Hispanic Christian Leadership Conference (Hispanic Evangelical Association), is Honorary Co-Chair of the event. Erik Campano spoke to him for Patheos.

What is the National Weekend of Prayer to Abolish Slavery and Trafficking?

It is a national effort of globalization and messaging, to help change the optics: to basically engage the Christian community in prayerful advocacy to end human slavery — sex trafficking — in the 21st century.

The church of Jesus Christ would take the lead in serving as an advocate to end human slavery in the spirit of Wilberforce, in the same emancipation spirit that we saw in the abolitionist movement in the 1800s, in the spirit of Dr. King — that’s what the church is doing. 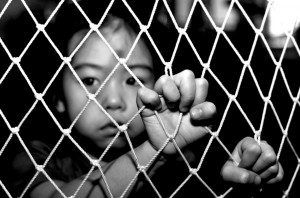 In other words, what you’re calling for is a broad-based, mass evangelical movement to tackle the issue of human trafficking.

It’s critical here that the term movement is exactly what we’re looking for. It’s not just top-down leaders speaking about a subject matter. It’s grass-roots, from the bottom up and the top down.

Can you give us a creative idea of what practically you would expect evangelical Christians in the United States to do to combat trafficking?

We’re calling upon every single evangelical church in America this Sunday to designate prayer before the presence of the Lord to end trafficking. Every pastor will tell their parishioners: this week, we want you to call members of Congress in your district, on the House side and the Senate side, and tell them that you want them to make the end of human trafficking, of sex trafficking, a priority.

One of the greatest lacks right now is providing shelter and homes for the individuals. Once you have this 15-year-old, where do they go? And we’re asking evangelical churches if they could provide something like the battered women’s shelters that were created in the 70s and 80s.

In 2000 the United States passed the Trafficking Victims Protection Act, and then President Bush made it, at least rhetorically, one of his most important human rights issues. President Obama has also spoken about it. Do you feel that the federal government is still not doing enough?

While I commend in part President Bush and President Obama for their efforts, it’s more rhetoric than action. We’re seeing very little legislative action. We still have policies in place that punish, in a de facto manner, these 16, 15, 14-year-olds that are being sold. They’re basically regarded as prostitutes, when, in essence, they are slaves.

The federal government is already putting tens of millions of dollars into anti-trafficking agencies. Do you expect them to increase that budget? Or do you feel that these agencies are not doing their work properly?

I think these agencies have a good heart. I do believe that other issues are taking priority. It has become number 10 on the list of 12 things to do. We understand that resources are federally allocated. We understand that on a rhetorical basis, and even on a legislative basis, there are policies in place. Nonetheless, implementation is not taking place at the level it should be. I personally do not believe that we have achieved a collective American awareness of the issue.

We have an immigration policy that has been broken for years. We basically have a system where people come in here legally with a visa, and then apply for permanent residency and then for citizenship. But I have some in my church who came in here legally, had all their documentation right there, and they were told, we’re working on it, working on it. Twelve months! A year!

That invites human trafficking because many of these people, they come here, and they do whatever they can. Children are left behind, and these children are never to be heard from again. And then they’ve been through such an emotionally destructive process, that only the work of Christ can do the healing.

What does it mean for a trafficking victim to be rescued and reintegrated?

It is a redemption. It is the epitome of holistic salvation, a transformation that can only be expressed through unconditional love.

Are you saying that trafficking victims have only been rehabilitated when they have found Jesus, or have become Christian?

The word “only” would be too exclusive. In addition to this wonderful Christian faith that I hold dear, there are secular organizations that have a strong commitment to fixing these shattered lives, and I applaud them for their efforts. When people say that only through Jesus Christ can these people be healed, I can tell you that through Jesus Christ, I have received healing. I have personally been restored through the work of Christ in my life.

If you look at the statistics, nine out of ten trafficking cases in the world are labor trafficking. Why don’t we hear evangelicals talking more about labor?

You’re right. Because it’s a difficult subject matter to understand. The issue of labor-related migration and the migratory trends that we have seen historically, that have stemmed out of south of the Equator, north of the Equator, the local nuances on labor…that is the number one reason that you see the difficulty in evangelicals addressing the labor component of human trafficking.

Does the Hispanic community play a special role in the fight against trafficking?

Sure, because as a community, particularly in the past few decades, vis-a-vis the immigration issue, we have experienced a great amount of exploitation. You could argue that in today’s reality, there are many Latinos that exist as indentured servants. If you have some of our workers working farms with dangerous pesticides, 18 hours a day — this is the new fiefdom of the 21st century. So Latinos — it’s not that we have a greater level of credibility — but we have experienced that in our community.

In other words, what you see as the exploitation of Latino labor, in what sounds like agricultural settings, primarily, is a reason for Latinos to sympathize with victims of trafficking.

We sympathize with them because we experience it firsthand. Statistically, Latinos represent a huge portion of the victims of human trafficking in America.

You are guessing 100 percent accurately. And we need this across the board: federal funding for churches to provide a place of refuge in rescuing these individuals.

That raises dicey issues of the separation of church and state. What do you see as the proper ratio of faith-based versus non-faith-based work on this in the United States? Is this something primarily for the church to do, or that the government should be dealing with?

I am an advocate that the church of Jesus Christ should always lead the way in issues of justice. I, Samuel Rodriguez, believe that we are obligated to do justice, in bringing the Good News of the name of Jesus. Not that government does not have a role, but the church must take the lead. We have a prophetic mandate to do so.

The issue is going to require collaboration. First you have federal legislative policy, you have federal law, federal resources. Because it’s a law enforcement issue, we can’t do this alone, from a practical standpoint. We’ve seen the expansion of faith-based partnerships even through the Obama administration. I have to commend George W. Bush for being the founding father of this sort of idea. And I believe this is an excellent opportunity to demonstrate to all Americans that faith and government can work together for the common good.

What about unity between evangelical and other Christians — let’s say Catholic or progressive Christians. Have you seen any sort of cooperative work there?

Yes, we have. And it’s good news. We see cooperative work on immigration reform, with Catholic bishops and conservative evangelicals holding hands. In human trafficking, we’re going to see the same.

Once you have an evangelical movement, what is the next step?

It must be viable and sustainable. Once we have that, then we have to solidify a Christian movement that is beyond the evangelical moniker. We have the Catholics fully engaged, progressive evangelicals, mainline Protestants, on board. We have some internal objectives, which is by 2020, we want to see a significant decrease. We want to end it. The movement will not only be evangelical, but have a strong evangelical underpinning.

And you also hope that non-Christians would also be part of this movement.

Of course. And to give them credit, it was not Christians who began sounding the alarm and blowing Joshua’s trumpet, even before Christians woke up to the reality of trafficking. So we want to collaborate with non-Christians. Christians have the responsibility of crystallizing the moral imperative of every social rights or justice movement in America.

Editor’s Note: For more information, and for actions you can take, see the International Justice Mission page on this weekend of prayer and action.

Erik Campano is formerly a local news anchor of National Public Radio’s All Things Considered, and radio host and reporter at German Public Broadcasting in Bonn and Radio France Internationale in Paris. 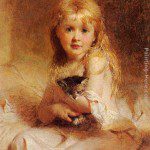