Why Southern Baptists Quiesced and What to Do – Part 2

This is the second part of the article by Dr. Paige Patterson, the President of Southwestern Baptist Theological Seminary. In light of the annual meeting of the Southern Baptist Convention I’m happy to share his thoughts on the future of America’s largest Protestant denomination. The first part of the article is here. 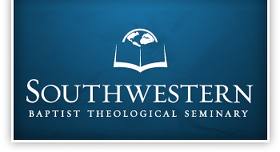 In Part 1 of this assessment, I alleged four things:

In this article, I will discuss how a pastor effects a witnessing congregation. Once again, this is not complicated in conception, but the purposefulness of the pastor is essential. The journey begins in prayer. The pastor may insist on the urgency of witness, but little will happen without the engagement of the Holy Spirit. “Oh, God, make my church consistently a witnessing church” must be the pastor’s morning cry.

Next, there must be example. Pastor, take your men with you at least twice a week to share the good news of the gospel. Hit the malls, gun ranges, bowling allies, concert venues—wherever lost men are. Allow them to hear their pastor retelling the saving story of Jesus, and then periodically introduce someone whom you led to Christ to your congregation.

Lead your people to pray for Aunt’s Suzie’s health issues, but never let a service pass in which you do not have your people praying for the lost by name. Until they become conscious of the presence and real condition of the lost, they will simply dismiss such thoughts from their minds. I teach my students to pray a brief, three-part prayer. “Lord, give me an opportunity to share my faith today. Enable me to recognize this opportunity when it comes. When it happens, give me the courage to proceed.” This prayer is no magic potion, but God will hear the petition of an earnest heart.

Now teach your people to be fascinated by people. They are all interesting. Even the darkest sinner has a story and will challenge your thinking. When your sheep are fascinated with other people, they will engage them in general conversation. In less than 10 minutes almost anyone will open the door for your story—the story of how Jesus saved a hopeless sinner. But your people must be taught to love and converse with sinners. This commitment is not merely to the latest witnessing program (although I am grateful for these efforts to confront the lost) but rather an invitation to follow the example of Jesus. He engaged fishermen, tax collectors—on the ground and in trees, Pharisees, Samaritan women at wells, and blind men by the wayside. Anyone who so desires can easily learn this approach.

Next, teach them how to share the essentials of the gospel. This presentation should be prepared for a time frame of four to five minutes, though often longer time periods occur. In this regard, the old “Roman road” is a good place to begin, but teach versatility in method with a wide choice of Bible verses. There is a right verse for every sinner to hear.

Finally, give your fishermen instruction about how to draw the net. Good fishermen set the hook, draw the net. Teach them how to handle a rejection skillfully and fruitfully. Properly handling a rejection paves the way for the next witness about which you may never know. Teach them to be fearless in asking people to repent and trust Christ. I do multiple sportsmen’s banquets every year. The gospel I present is a hard gospel. But in more than a decade I have never had the first man become angry. Someday I am sure it will happen, but most people want to know the truth even if they reject it.

Two years ago Mrs. Patterson and I boarded an airplane. We got tickets late so we were separated by an aisle and two rows. Once airborne we prevailed on the young businessman in front of me as we passed back and forth a manuscript we were editing. Finally with a note of some exasperation, he said, “Are you guys married or something?” “Forty-nine years,” I replied cheerfully. He was incredulous. “I wish you would tell me how to find a woman who will live with me for 49 years,” he opined. “I can do that,” I responded. “You have to find a Christian girl.” “Why?” he stammered. “Because she knows how much God for Christ’s sake has forgiven her; and, therefore, she will remember to forgive you for everything you do wrong,” I offered. “Well that makes perfect sense,” he replied. “Good, but I am really worried about that girl,” I said. “Why is that,” he said with more than a hint of curiosity. “Because if you have not been forgiven, you will not remember to forgive her,” I theorized. The dawn of a new day appeared on Jerry’s face, and the clouds receded. That day, he received the Lord Jesus as his Savior.

A conversation with someone you love, a sense of humor, a smile on your face—and the doors open wide. Southern Baptists, do not spend much time pouring over and lamenting statistics. I never knew a single man saved by statistics. Let’s have a rebirth of prayer and witness. If we tell a thousand people about Jesus, we will baptize more next year than ever before. 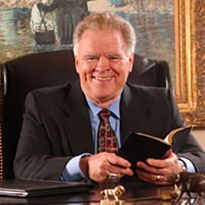 Dr. Paige Patterson is the President of Southwestern Baptist Theological Seminary. He currently serves on the board of trustees of Cedarville University.

June 5, 2014
Why Southern Baptists Declined and What to Do
Next Post

June 13, 2014 The Rings of the Lord
Recent Comments
0 | Leave a Comment
Browse Our Archives
Related posts from Philosophical Fragments

No Half-Measures
One option for the Supreme Court was to uphold Roe v. Wade...
view all Evangelical blogs
What Are Your Thoughts?leave a comment
Copyright 2008-2021, Patheos. All rights reserved.
Close Ad