For Christians, First Principles in the Gun Debate

Editor’s Note: Below is the third post from contributing writer, John Mark Reynolds, founder of the Torrey Honors Institute at Biola, now a trailblazing provost at Houston Baptist University, and a frequent social commentator in places like The Washington Post:

If government were good, only God would have guns. Yet humans abuse God’s gift of human freedom, and so guns abound. What can we do about it?

Christians want peace, but perfect peace is not possible in our present condition without tyranny. We must tolerate law — a thing that does violence to our liberty — while remembering no law is good in itself. Liberty is good in itself, while law is the compromise we make with our inability to be good and free, and the law is only good when it maximizes liberty and minimizes vice.

Nothing is so good that humans cannot mess it up, and nothing is so bad that God cannot redeem it. If we do not start with this simple truth when it comes to guns, then our discussion will go no place. Guns can easily kill, though they need not be used to kill. Killing can be murder and murder is immoral. Guns, therefore, like cars, require thoughtful regulation in a fallen world. This is why both guns and cars are already regulated.

No gun control the President can suggest will deserve moral condemnation or praise, because there is no fundamental human right to own a gun as there is a fundamental right to life, liberty, and the pursuit of happiness. Before guns existed, men were free and if all guns vanished men would still be free.

If men were angels, then every man could own a gun. If men were devils, no man should own a gun. Since no person is either an angel or a demon, and since guns are so easy to abuse, we must measure what to do about them.

Of course, gun regulations, which Americans already have, limit our liberty, but a limit on liberty need not make me a slave.  As a conservative, I recognize that this is a pragmatic decision between liberty and law. Regulation reduces what it regulates, but it also infringes on my liberty. There is also the pragmatic question of whether more gun control will prevent any of the events such as the Newtown horror.

Sociology and science can help us answer those questions, but science cannot tell us what society Americans want. Turning to another easily abused good, media, makes this obvious. The scientific consensus is that consuming violent media increases the tendency to violence, but that agreement doesn’t tell us anything about we should do. Christianity warns that Utopia isn’t coming with direct divine rule, so no solution will be perfect. The awesome liberty to play Halo means that unstable people can easily play Halo. Most Americans think the censorship of such media will not lead to a sufficiently significant decrease in violence to be worth our loss of liberty. Christians know that giving the government power is necessary, but also understand that all such power will be abused.

Increasing government power over anything is always dangerous, though increasing my liberty is also dangerous! It is impossible to know when “tipping points” are reached, when liberty devolves into licentiousness or the law into legalism.

This means there an be no single Christian position on gun control. Christians can live peacefully in societies where there is no right to bear arms and in societies, such as ours, where there is such a civil right. We believe in liberty, morality, and law, but don’t know how to balance those goods.

That is the downside of God’s gift of free will.

Pragmatically, as a citizen, I believe that an armed citizenry is worth any increase in violence that may result. I also believe that we have sufficient regulations in place and no new regulations, given the number of guns in the society already, are likely to prevent another Newtown. There has been no increase in such violence, and it seems unwise to pass laws only so that we can have the satisfaction of having done something.

If the Federal government decides further to limit magazine sizes in an act of therapeutic regulation, however, I think the Republic will no more be in imminent peril, than if it decided to ban certain kinds of violent video games. We were free before Grand Theft Auto and could be free without it.

I hope we do neither, but only because I believe too much liberty and privacy has been lost already. 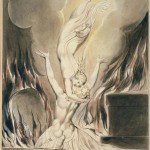 Evangelical
The Rings of the Lord
Philosophical Fragments

The Myth of the Men-Stealers
A recent post at this site concerned the history of American slavery,...
view all Evangelical blogs
What Are Your Thoughts?leave a comment