Mark Labberton on the Fragmentation and Future of American Evangelicalism

Last week, on the day Fuller Seminary announced its new President, Mark Labberton, we weren’t able to make our schedules match for an interview. On the following day, since the standard announcement-day interviews had already been done (a fine one appeared online at Christianity Today), I tried to make the conversation a little different. Labberton was a pastor to many students from the University of California, Berkeley, then a professor and head of the Ogilvie Institute of Preaching at Fuller Seminary, and now he succeeds Richard Mouw as President of Fuller Seminary: 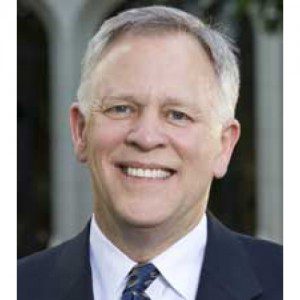 When we first became acquainted, you were pastoring First Presbyterian in Berkeley, a thriving church that attracted a great number of students from the university. Now you’re the President of what is arguably the flagship seminary of American evangelicalism. How does it make you feel to look back over that journey?

Where do I start? The only constant has been the surprises. I said yesterday [when his new position was announced] that my coming to Fuller as a student was a surprise. I came from a largely unchurched background and it never occurred to me that I should attend a seminary. It was another huge surprise when I was called back to be a professor here. That had not been a part of the game plan. I was concerned and engaged in academic pursuits regarding theology and the life of the church, but I never imagined myself on faculty. This is clearly the biggest of all three surprises. So I find the continuity in the sense of adventure we find in trying to be faithful disciples.

Maybe telling this story would be one way to describe it. My father was a man of science and an inventor, a rationalist and a peaceable man who believed that discussion of religion should be avoided at all costs. His chief argument was that religion took great things and made them small.

So I found it fascinating that when I started to read the New Testament — which is how I came to faith — the extent to which my dad and Jesus shared that complaint in common. A lot of what Jesus was responding to was the sense that God was doing a great thing but it had been made small by religiously devoted people. When I began to realize that the kingdom of God was not about anything small, but about the enlarging of our heart, mind, soul and strength so that we could be a mirror, a reflection of the truth and character and love and mercy of God, then the life of faith was being invited into this vast cosmic reality. Life in the kingdom, life as a disciple, was meant to be an enlarging experience – enlarging our whole person, our compassion, our mind, every dimension of who we are.

I think in a way this progression that you described is really that journey – not because it’s meant my personal expansion to bigger jobs, but because each of these jobs has been about trying to carry out that mission — first as a pastor, then as a professor of preaching, and now as a president of this seminary.

Some believe that the old evangelical coalition is fragmenting. Institutions founded many decades ago by the likes of Billy Graham and Harold John Ockenga — including Christianity Today, the National Association of Evangelicals, and Fuller Seminary — are sometimes regarded as the only institutions that might have the capacity to prevent the dissolution of American evangelicalism into warring tribes. Does Fuller have a role to play in helping the center hold?

Whether that becomes a rallying point that regalvanizes something like a more cultural or institutional expression of evangelicalism is another question. I don’t pretend to have any easy answer. But Fuller certainly wants to hold up that center, the hope of the living Christ, and to call all people to make their response to that.

It feels to me that Fuller has both a deep taproot in Christ-centered orthodoxy and an openness and responsiveness to culture. One of the reasons Fuller has exercised the influence it has over the years is because of that both-and approach.  So I hope that Fuller can continue to be an institution that would draw people toward that living center, but would also do so as an institution that cares about culture, about global realities and social needs, and so would call people into engagement with one another both at the cultural level and the theological level.

The younger generation of evangelicals today seems dissatisfied with the form of Christian life passed down to them. Some make the case for a movement back to the cities, for greater engagement in social justice struggles, for pseudo-monastic communities, or for more “radical” forms of discipleship. It seems to me that these are all movements in a vaguely similar direction, but they have not yet (if they ever will) coalesced into something clear and cohesive. At Fuller, you’re working with the rising generation of evangelical pastors. Do you have a sense for what essentially they’re striving after?

A very significant part of it, from my observation, is the marvelous instinct that word and deed simply must be inextricably bound together. One of the ironies of evangelicalism in particular is that we have made the bond between word and deed less evident and less essential to the Christian faith than I think Jesus himself would have suggested. In our way of teaching grace, practice has fallen into a negative category which is sometimes called legalism. Out of that comes a disenfranchisement of action. Action has been seen as the enemy or pretender set over against grace. That obviously is not in any way consistent with the teaching of Jesus.

In the teaching of that grace, we have too often emphasized theology or dogma over against evident, integrated, embodied discipleship. What I hear amongst a lot of young people in their teens, twenties and thirties is the demand that whatever it is we’re going to say must be genuinely enacted. That is radical — not radical by the measure of Jesus but radical by the measure of a church that has often thought it’s quite possible or even normative to say one thing and do another and then cover ourselves in the language of grace.

I applaud the intolerance of that ongoing dichotomy. I applaud the longing for a profounder understanding of how speech and deed must be bound together.

On the homepage of the Micah Group website [Labberton formed these “Micah Groups” for pastoral formation], there’s a little video of me telling the story of Max De Pree and the extremely premature birth of his granddaughter Zoe. She was born weighing a little more than a pound. When he went to the hospital, the nurse told him that he would need to come everyday and stroke her body and tell her over and over again how much he loved her. What Zoe needed most, the nurse explained, was to connect his voice to his touch. It’s a beautiful phrase for what incarnational faith is about. Biblical wisdom is the truth and character of God lived in context.

Your predecessor, Richard Mouw, has served as an elder statesman for American evangelicalism, and a part of his legacy has been opening multi-faith dialogue with Mormons and other people of other faiths. Some regard this as a particular flavor of Dr Mouw’s, but it’s arguably something that every evangelical leader should take seriously. The public square is now populated by people of all faiths. Do leaders like yourself need to model a serious and gracious way of engaging the multi-religious public square?

I can’t imagine a seminary nurturing and encouraging people in Christian leadership that does not take seriously that whole range of religious diversity and the importance of equipping people to engage in those conversations thoughtfully and respectfully. So yes, I see that as a given.

We want to add to it globally in a variety of ways. We cannot frame the debate primarily in US-based terms, because we have campuses and churches and students in every corner of the globe and those same multi-religious conversations are taking place all around the world. Most of the friends I know who minister in majority-world places live in worlds that are perpetually and almost entirely religiously-defined. I don’t think we’ve done well at entering that space and contributing meaningfully to those kinds of conversations. So I certainly hope that will deepen and continue. Thats’ very significant to me.

I was moved a number of years ago when Madeline Albright, after she had left the State Department and wrote about her experiences, reflected on the absence of religion in State Department conversations. She looked back in horror at the thought that it was possible to carry on meaningful political conversation without addressing religion. To some degree, evangelicals have a lot of catching up to do in really seriously understanding religious distinctives and in engaging respectfully in better mutual understanding.