The Merits (and Demerits) of the “Radical” Movement

As noted below, an important and complex discussion has arisen around the “radical” movement.  My thanks to Barton Gingerich of the Institute on Religion and Democracy for his contribution to this conversation:

Remember Your Baptism: A Message for Radicals, Legalists, Wheat and Tares

American evangelicals are finally debating the merits of the “radical” movement. Several prominent characters, ranging from activist Shane Claiborne to pastors Francis Chan and David Platt, initiated an assault on “comfortable Christianity.” As Matthew Lee Anderson pointed out in his excellent Christianity Today piece, the key word to the radicals is “really.” They are all about what Christ really demands and really believing in God’s vision for the Kingdom. The congregations pursuing the radical way tend to minister generously with the poor, advocate for social justice, and abandon the American Dream. Even a short perusal of radical writings indicates that true Christianity is incompatible with a comfortable life. 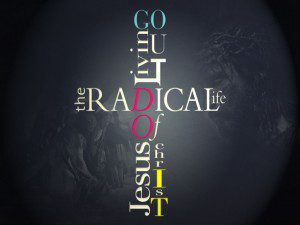 Churches involved with this new pietism are usually large, repentant nondenominational or Baptist mega-congregations. The megachurch springs from the larger Church Growth movement of the nineties. Church Growth capitalized on a casual atmosphere, large commuter-friendly campuses, and entertaining ministry programs to draw in the surging suburbanites. Moreover, as mainline Protestant denominations began to liberalize in the 1970s and 1980s, discomfited evangelicals within those communions (no loyalists to their unique theological heritage or brand) evacuated to more welcoming nondenominational/Baptist congregations in their area. These credobaptist churches shared many of the important revivalistic values that these sojourning Protestants treasured: Whiggish politics, the conversion experience, repentance, and lively preaching. Forms—be they polity or worship style—do not matter as much as content and action.

Again, suburban ideals haunt megachurches. They are usually founded on the charisma of a CEO-like pastor. Stages often supplant altars and pulpits; light shows and smoke, the stained glass windows of old. Homiletics resemble motivational speaking while church facilities include such commuter staples as coffeeshops and parking garages. The corners where the threat of Prosperity Gospel does not linger are haunted by a problematic lack of ecclesiological accountability.

Youngsters raised in this milieu are starting to take offense with the theological and economic hand they have been dealt by their parents. Purposely sheltered from poverty in the commuter bubble, young evangelicals suffer a good portion of guilt, racial and economic. They also witnessed their fair share of antinomianism when it came to greed and marriage. It seems individualism takes its toll on religious communities. Something is wrong in the state of commodified evangelicalism, and the radicals think Christians need to be shocked out of their spiritual stupor.

Wracked by this moral burden, Christians look to the radicals’ call for zealous discipleship. Some could even be called the new flagellants, whipping themselves with shame for their intact families, successful careers, better education, skin color, and past theological quibbles that distracted from activism. As the widespread problem of “testimony envy” reveals, past lives of vice or hardship garner more praise than the typical upbringing for evangelicals.

Reform movements can either be enveloped into the Church or separate: the Franciscans, German Pietists, and Methodists all come to mind when discussing the current radicals. This time, reformers are taking exception to an already nebulous spirit of Christianity that dissented from established denominational structures. The church needs spirited people who are called to difficult endeavors and call its members to greater holiness and piety. On the other hand, what happens if one is not called to be “radical,” instead choosing to stay in their hometown, marry, have children, and simply live a life of charity with God and neighbor? Must Christian worship and life be exuberant, youthful, and extroverted? Such habits belie an inability to preserve institutions, and the Church is an institution (though guaranteed perpetuity by God).

This all points to the bigger question of life within the Church. As we read in Matthew 13:24-30, the covenant body of the Church has both wheat and tares. The Pharisees are found at Church every Sunday; Christ Himself had Judas Iscariot among his twelve apostles. The radicals and credobaptist theology in general tries to weed out the tares from the crop. Paedobaptists face this reality on a regular basis; pastors in those traditions treat all parishioners as baptized members of the Church and demand certain religious duties. Confirmands are challenged and comforted by the words “remember your baptism.” The sacrament’s grace precedes cognizance and communicable volition. Baptismal regeneration grants the new birth into Christ—one is grafted into the vine to freely grow further and be fruitful. None, one, or many times of conversion may be involved with the Christian’s life. Likewise, parents vow to raise their children in the faith: for lack of better phrasing, their offspring are their primary mission field. Credobaptists, on the other hand, are never faced with the prospect of confronting their heritage. Receiving the faith from one’s forbears—nay, even one’s form of worship and words for prayer—is invalid since it is “forced,” inauthentic. The narrative since the Great Awakenings and refreshed through Billy Graham is that one carries on life dead in sin, hears the Gospel message, repents, and accepts Jesus. The grace bestowed in baptism and the organic nature of church membership cannot be found in this religious vision. In short, self-definition is an important component of vibrant spiritual life.

It is this spirit of self-definition that demands Christians do Something Really Spectacular for Jesus ™. Why be ordinary when someone can minister in an exotic location or fashion? On the other hand, does not God rail the most against backsliders through the words of His prophets? It would seem the only way to avoid unhealthy excesses is to recover a robust doctrine of vocation. Some are indeed called to a sacrificial active life; others are called to live out their faith in the small things or even in quiet contemplation. Luther was wont to say that we are not justified by our deeds—God does not need our good works, but our neighbor certainly does. In fact, God works through the vocations of others to look after His creation. We should be stunned by the possibility for variety in this truth.

Radicals especially have to deal with how individualism affects the church and the culture at large. The suburbs and hyper-mobility certainly warrant criticism, but are these problems the Church’s fault? And can she actually fix them on her own? Perhaps Christ’s body is facing a wider crisis of community. The radicals certainly question individualistic economics and selfishness. However, they have yet to wrestle with their church polity structures or the broader requirements for discipleship if they really want to set their sights on the excesses of Enlightenment sensibilities. Otherwise, they face not only frustration, but despair, for nothing feels quite perfect enough for the Kingdom of God.

Barton Gingerich is a research assistant at the Institute on Religion and Democracy. He holds a BA in history from Patrick Henry College and is a member of Holy Trinity Church in Fairfax, Virginia. You can follow him on Twitter at @bjgingerich. 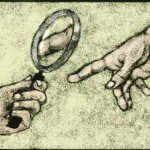