Loud on Poverty, Quiet on Abortion: The Danger of Selective Theonomy

My friend Rob Schwarzwalder from the Family Research Council offers the following guest post this morning:

Religion, Morality, and Policy: The Danger of Selective Theonomy

“Theonomy” is not a word that trips easily off the tongue. It refers to a strain of Christian thinking that demands application of Old Testament civil law to contemporary public life (literally, the term derives from “theos,” Greek for God, and “nomos,” Greek for law).

Most Christians believe that we need to learn from and practice the principles of the Mosaic legal code as they most relevantly apply. For example, the children of Israel are instructed in Deuteronomy 22:8, “When you build a new house, you shall make a parapet for your roof, so that you will not bring bloodguilt on your house if anyone falls from it.”

Since in the Middle East at the time of Moses’ writing most roofs were flat, some kind of fencing was prudent, especially as young children might play atop their homes. However, we don’t have flat-roofed houses in America today.

Does this passage have a contemporary application? Sure. While the commandment itself is germane only to ancient Israel, it reminds us of the need for common-sense safety in and around our houses: If you have a toddler, for example, plug plastic plates into your unused electrical outlets. Little ones with metal objects are prone to experiment, and safeguarding them from electrocution is in the spirit of Moses’ command about “parapets” on the roof.

There are those who accuse socially conservative Christians of wanting to “force” their private religious views into public law. For example, it can be argued convincingly from reason and science that an unborn child is a person who merits the protection of the law. Christians also freely admit our belief that all persons, from conception onward, are creatures made by God in His image and whose inherent dignity merits legal protection.

Yet some advocates of elective abortion are quick to target religious motivation as the sole basis for being pro-life, as though (a) what one believes about God should be irrelevant to his public actions and (b) the other bases for one’s position (again, reason and science) are unimportant.

This critique – that theology is ancillary to public conviction – seems to be used quite selectively by some on the Left. For example, in North Carolina, a group of more liberal Christians holds “Moral Monday” protests at the state capital in Raleigh, where they proclaim that “cutting benefit programs and cutting tax breaks for low- and middle-income families violates Jesus Christ’s teaching to care for those with the least.”

As a bona fide conservative, I’m for just about every tax break possible. But does either a tax hike or a tax cut inherently reflect the will of God? And is it the job of the state to apply the ethics Jesus taught His followers to practice? Those who argue that government has a duty to take income from one group and transfer it to another, and that the warrant for such comes not from law but God, are on shaky ground.

In addition to the dubious ethics of this proposition (coercive government seizure of income for purposes not given in state or federal Constitutions is moral?), the men and women offering it see themselves as lectors of the public conscience. Consider this quote from the Associated Press story printed as the Washington Post article cited above:

Robert Daniels, senior pastor at St. John’s Missionary Baptist Church in Durham, said Monday that he chose to get arrested to let legislators know that disproportionately hurting the poor wouldn’t go unnoticed by voters or God. “I want them to know that justice will win,” he said. “God will show his hand that he’s for the poor. It’s only a matter of time.”

Rev. Daniels makes these comments in the context of such proposals before the North Carolina legislature as “refusing to expand Medicaid to about 500,000 more people to restricting eligibility for the state’s pre-kindergarten program (and) also cut unemployment benefits and abolished the earned-income tax credit, which serves low to middle-income people.” (This, at least, is the AP version of the GOP proposals listed).

It’s worth noting that the people who participate in “Moral Mondays” have the courage of their convictions: “More than 350 people have been arrested since the protests began in April. At last week’s (early June) alone, over 80 of the 1,400 protesters in attendance were arrested.”

Let’s grant that many of their concerns are valid: Scripture is full of imperatives to care for the poor, the orphan, the indigent, and others in profound need. To ignore these commands is, according to the Bible, an offense to God.

Let us also grant, for the sake of argument, that the Republican proposals are both accurately described in the statements above and that they are unwise, imprudent, and plain hurtful to the needy.

Can we also not charge, however, that those who use biblical passages on caring for the poor to maintain that the state has a duty to apply them to social, tax, and budget policy are doing what the Left accuses Evangelicals and traditional Catholics of doing – “imposing their religion” on law and culture?

Were these same pastors in North Carolina to picket against abortion in the name of “the least of these” (and who is “less” or more vulnerable than a baby in the womb?), many of their allies among advocates of government social spending would become critics or fall silent. “Separation of church and state!” would be trumpeted from Asheville to Rocky Mount. Theonomy would be acclaimed as a resonant danger.

Taken together, it’s good to consider these things within the context of some wise counsel by Christian political scientist Amy Black:

In much the same way that religious teaching helps us discern right from wrong in everyday life,” writes political scientist Amy Black, “it also offers a framework for evaluating a legislative proposal, comparing candidates for office, or assessing the latest actions of the local school board. Even those who do not identify with a particular religion still uphold some form of moral code that, much like an explicitly religious worldview, will affect their approach to politics (Honoring God in Red and Blue, p. 19).

Christians need to make sure that our public arguments are grounded in fact, reason, good judgment, and hard data, as well as either the explicit teaching or broader principles of Scripture. For example, it can be argued that the social spending advocated by the “Moral Monday” protesters only deepens intergenerational poverty and dependency, and that the breakdown of the family in our urban areas is the real root of the needs that exist. Thus, those public policies that strengthen families and empower individual action, not those that redistribute income, arguably are both the most ethical and the most efficient in addressing the needs of those most requiring help.

Put another way, applying the principles of the Bible in such ambiguous areas demands humility and good judgment, not to mention a respect for the law such that un- or extra-constitutional activity is not given the patina of moral urgency simply because it is perceived as beneficial.

On the other hand, explicit biblical teaching about socio-political issues cannot be ignored. If it can be demonstrated that an unborn child is, in fact, a human person, laws should be changed such that this child is protected from unrestricted access to abortion-on-demand. That’s consistent with reason, medical science, and the foundational assertion of our Declaration: That our rights derive from our Creator, not the munificence of the state and, therefore deserve the protection of law.

It’s been said that everyone is a theologian, since our lives and beliefs reflect what we truly think about God. So, to my fellow theologians in North Carolina, I offer, with humility, this encouragement: Watch what you proclaim in the Name of God. Being good hearted is an insufficient basis for public action, especially when the Bible is used as such action’s requisite source.

And to my fellow social conservatives: We need to be careful about making such proclamations, too. The implications of certain biblical teachings on such things as marriage, the family, religious liberty, and the sanctity of life are pretty clear. And the Bible offers us principles relating to everything from property ownership to immigration reform – but identifying a particular bill as an expression of the will of God seems more than a bit pretentious.

“It is humility that makes men as angels,” Augustine reminds us. That’s a hard but important truth for the Christian’s behavior in the public square as much as in his inner life and personal relationships. It’s the kind of morality we can follow on Mondays, and on every day.

June 20, 2013
Jesus, Homosexuals, and the Grace of God - Wehner Responds to DeYoung
Next Post 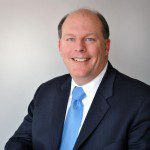