Immigration Reform: Can the Bible Help Us?

Immigration Reform: Can the Bible Help Us? July 18, 2013 Timothy Dalrymple

I was recently invited by a friend at Sojourners to host some content from the Evangelical Immigration Table.   This has been a contentious issue, and I’ve not taken a side personally.  But I would like to have a better conversation amongst evangelicals concerning the reasons they do, or do not, wish to support the kinds of comprehensive immigration reform presently on the table (no pun intended).  So in the days to come I’ll be hosting a set of essays on immigration reform, and I’d invite other submissions from anyone who would like to join the conversation.

Immigration Reform: Can the Bible Help Us?

As discussions in Congress about immigration reform heat up, Christians should step back and ask how the Bible might inform their own view on immigration. Could the Bible have something to contribute to the national debate about changing immigration law?

Where do we begin the discussion? For many people, the place to begin is Romans 13. This is a very important passage, but it will be dealt with in another study. Here we start with a fundamental question that should guide the evaluation of any law: What kind of values do we want to be reflected in the laws of our country?

To answer that question we turn to Genesis chapter one. There we are told that human beings are made in the image of God. This means that each person has infinite value in God’s sight and that each human being has tremendous potential. This truth reminds us that any discussion about immigration ultimately is about people.

We need to ask: Do our immigration laws honor the worth of immigrants as human beings? And, do our laws facilitate the realization of their great potential for this country? To look at legislation from this perspective gives the discussion a constructive direction. Laws will focus on respect and on facilitating their contribution to society (such as at the workplace and in education).

Do we find migration in the Bible? The history of humanity is the history of migration. Not surprisingly, we find migration in the Bible, especially in the Old Testament. The reasons for the movements of these people are similar to the ones that drive people to migrate today, such as hunger (Abram, Gen. 12; Jacob, his sons and their families, Gen. 46-47) and displacement in war (Daniel, Ezekiel). The Bible also describes the lives and the positive impact of God’s people who had to live far from home (Joseph, Nehemiah, Esther). We find, too, the account of an immigrant woman and the process of her integration into a new community (Ruth).

Migration is so central to the Bible that it provides a picture of the Christian life! 1 Peter 2:11 tells us that all Christians are sojourners, strangers in a strange land (also note Phil. 3:20; Heb. 13:14; Eph. 2:11-22). In other words, Christians are migrants on this earth. We serve another king and are citizens of a greater kingdom, the kingdom of God. This suggests that the more we learn about immigration the more we will actually understand our faith. We will appreciate in new ways that Christians are vulnerable and dependent in a world that sees us as strangers.

Can Old Testament Law provide guidance? Some Christians may be surprised that we look to the Old Testament Law for guidance. We do not do so in order to imitate Israel’s laws dealing with immigrants. We do so in order to learn what set of values should be the moral foundations of the legislation that we seek to pass for our country. Those ancient laws are a testimony to the righteousness of God (Deut. 4:5-8).

In the ancient world, foreigners lived a precarious existence. On the one hand, they were far away from their extended family, which was the source of help in times of need at that time. There were no government social programs like we have now. On the other hand, in Israel it was difficult for foreigners to own land for farming. Land was handed down within Israel’s families through the male line. Therefore, foreigners would have to rely on the Israelites for protection, aid, and work.

There were expectations for the outsiders, too. They would have had to learn Israel’s laws and speak the language to work and take part in the religious life of Israel (Deut. 31:8-13).

There is no indication that these laws were only for “legal” immigrants. Perhaps Israel monitored who entered the country, like some of other nations did, but we have no evidence of that. Distinctions were made, however, between those who integrated culturally into Israelite society (ger) and those that did not, for whom there was a different label. The issue was not legal status.

Israel’s laws reached out to foreigners because of its history (the US is a nation of immigrants!) and the heart of God. How might our laws exhibit charity towards the needy from elsewhere?

What about borders? God establishes nations, which suggests that borders are important. To rethink immigration law is not to eliminate borders or the rule of law. It is to rethink what kind of laws to support in order to better reflect biblical values. What we have is inadequate and sometimes unjust. The Bible can set an agenda for change that will benefit immigrants and the entire nation. 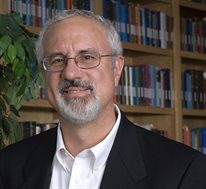 M. Daniel Carroll R. (Rodas) is distinguished professor of Old Testament at Denver Seminary and the national spokesperson on immigration for the National Hispanic Christian Leadership Conference. He is the author of Christians at the Border: Immigration, the Church, and the Bible (Baker Academic, 2008). He has a ThM from Dallas Theological Seminary and his PhD from the University of Sheffield.