The Old Testament’s Message to Our Culture

What can the Old Testament possibly say to our culture? It seems a million miles and sometimes a million years away from our time, our generation, and our problems. How can something so old address all the new challenges of globalization, sex-trafficking, the digital revolution, etc.

There’s no question that the Old Testament is a challenging read; it doesn’t yield its wisdom quite as easily as fortune cookies. However, it does repay disciplined and prayerful reading and research. Remember it was the Old Testament Paul was referring to when he said: “All scripture is given by inspiration of God, and is profitable for doctrine, for reproof, for correction, for instruction in righteousness: that the man of God may be perfect, thoroughly furnished unto all good works” (2 Tim. 3:16-17).

So let me give you five ways the Old Testament speaks profitably to our times.

1. It explains our culture

If you enter a play at the half-time interval you wouldn’t expect to understand the second half of the drama. You’d be left scratching your head at much of what followed, and make numerous false conclusions and judgments as well.

Similarly, if we only read the New Testament, we are coming in half way through the third of four acts, and can’t really have a hope of grasping where the story has been and is going.

The Old Testament unfolds the drama of a perfectly good and beautiful creation in Act 1 followed by humanity’s tragic fall into sin in Act 2. Act 3, which opens in Genesis 3, begins the story of redemption, and gives us hope of a climactic final Act 4 when all things will be made new for those who follow the story and don’t walk out to write their own ending.

We’ll never understand or be able to explain our culture without watching the whole drama from the beginning.

2. It supplies moral standards for our culture

Although there is much debate about which Old Testament laws apply in our own day, it’s not as difficult as it is sometimes made out to be.

God gave three kinds of law in the Old Testament. First, He gave ceremonial laws which focused on the kinds of sacrifices and worship Israel was to give to God. The New Testament makes clear that these were temporary laws which pictured and pointed to the coming Messiah, Jesus Christ, and expired with His coming. To hang on to these laws is to embrace the shadow of a person when he’s standing right in front of you.

Second, He gave civil laws, which were tailor made to fit the unique historical situation that Israel was facing and to preserve that nation in the face of multiple hostile threats from within and without. While there are some permanent principles of justice at the core of these laws, the particular application and penalties were limited to the ancient state of Israel until its destruction at the hands of the Romans in 70AD.

Third, God gave his permanent and unchangeable moral law, summarized for us in the Ten Commandments., and confirmed for us in the New Testament. Again, there are culture-specific applications of these ten principles in the Old Testament, but it’s a relatively easy task to extract the principles and apply them to our own day which so much needs objectively true and reliable moral standards to drive away the fog of moral confusion and relativism.

3. It gives hope for our culture

While God gives us His law by which to order our lives and our culture, we fail again and again in implementing and obeying them, resulting in serious national, personal, economic, military, social, moral, and spiritual consequences, just as it did for Israel.

On numerous occasions, we find the world in general, and Israel in particular in the depths of depression and degradation. Think of Noah’s time, the Tower of Babel, Israel in Egyptian slavery, the times of the Judges, most of the Kings, Israel in Babylonian exile, etc.

The Old Testament paints a dark, dark picture of sin and its awful effects. And yet the Lord, in mercy, came again and again to raise up godly leaders, to revive His church, and to renew and re-create the culture. The darkest days often preceded the brightest dawn. What hope of renewal this grand historical narrative gives us in the midst of our own downward spiral.

4. It points our culture to Jesus Christ

The Old Testament contains somewhere between 300-400 prophecies of Jesus Christ. Of these, approximately 40-60 are startlingly specific. From Genesis 3:15 onwards, the hope of Israel and of the world was in a Promised Messiah, a coming Savior who would defeat evil and deliver those caught in its snares.

Jesus said that the Old Testament was all about Him (Luke 24: 27,44). When Jesus was encouraging the Pharisees to read the Old Testament, the reason He gave was, “They testify of me” (John 5:29). These books were speaking about Him, telling people about Him, drawing people to put faith in Him, even before He was born! “Moses wrote of me” said Jesus (Jn. 5:46). That’s almost 1500 years before Bethlehem! Traveling even further back to 2000 BC, Abraham “saw” Christ’s day way down the road of faith and rejoiced (John 8:56).

Jesus Christ is God’s message of hope and renewal to the world. Always has been and always will be. Our task is to use both Testaments to shine the spotlight attention on Him as the only way to God and the only Savior from sin.

5. It calls us to evangelize out culture

In some ways, the Old Testament seems very narrow. God appears to be focused exclusively on the tiny little nation of Israel and let all other countries perish. However, that’s to completely miss the point. It’s true that God chose Abraham and Israel through whom to fulfill His plan, but His ultimate purpose for Abraham was that through His descendants “all the families of the earth would be blessed.” And though Israel was blessed with unique favor and revelation from God, it was called to be “a kingdom of priests” through whom God would mediate His Word of salvation to the nations.

Although Israel often failed in this mission through its nationalistic pride (Jonah being the prime example of this), God continued to hold out the vision of a multi-national, multi-racial, multi-ethnic church in the prophets and Psalms, an emphasis confirmed by Jesus’ great re-commission to go out into all the world and preach the Gospel to every creature.

I hope you can see that though God gave the Old Testament to a particular people at a particular time in a particular way, that He wrote it in such a way that it is still powerfully relevant to us and our culture in 2013.

Buy Jesus on Every Page before August 31 and you will receive $100 of free Old Testament resources. Click here for more details. 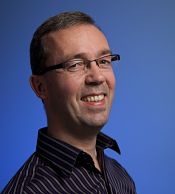 Dr. David Murray is Professor of Old Testament and Practical Theology at Puritan Reformed Theological Seminary, and pastor of the Free Reformed Church in Grand Rapids, MI. He is the author of Jesus on Every Page and blogs regularly at HeadHeartHand. 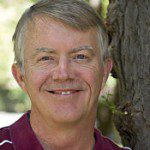