The prospect of U.S. military action against Syria’s dictatorship has unusually united in opposition nearly all U.S. church and major Christian voices who have publicly spoken to the issue. Such uniformity is very unusual, and this episode may be a first.

Of course, liberal led Mainline Protestant denominations, along with liberal Catholic orders among others, are functionally pacifist and have opposed virtually all U.S. military actions since Vietnam.  Unlike liberal Protestants, evangelical groups and officials don’t routinely address foreign and military policy, instead focusing mostly on social issues.  But polls have long shown that typically evangelicals have supported an assertive U.S. foreign and military policy.

But this time, newly appointed Southern Baptist spokesman Russell Moore has declared that a proposed Syria military action does not meet Just War criteria.  Tony Perkins, head of the Family Research Council, which does not ordinarily address foreign policy, has publicly agreed.  So too has California megachurch pastor and bestselling author Rick Warren. The much less conservative National Association of Evangelicals (NAE) released a poll of its 100 member board showing a strong majority opposing Syria military action.

Representing America’s third largest religious body, Moore, an ethicist and theologian, readily agreed that Syria’s dictatorship is “lawless and tyrannical,” so action against it would be just. But other Just War criteria have not been met, such as a likelihood of prevailing: “Right now, it seems the Administration is giving an altar call for limited war, without having preached the sermon to make the case.” He also cited “al-Qaeda sympathizers” in the opposition and their impact on Syrian Christians if they were further empowered.

Moore did not echo Libertarian critiques of U.S. military action, instead saying: “I agree with the President on the moral urgency of Syria, and I morally reject the crypto-isolationist voices that tell us, in every era, to tend to ‘America First’ and leave defenseless people around the world on their own.”

Maybe so. But concerns about Syrian Christians seem especially important among evangelicals. Typically U.S. evangelicals have not identified with or paid serious heed to the plight of Middle East Christians, who are mostly Orthodox, Oriental or Catholic. Recent turmoil in Egypt and Syria, as well as the earlier mass exodus of Iraqi Christians escaping from sectarian war, has ignited expanded interest in previously what were deemed exotic Christian communities. Under assault by Islamist violence, and with few remaining refuges, Middle East Christians are gaining new found interest and sympathy from U.S. evangelicals whose religious persecution interest in past decades focused on mostly communist countries.

Such new compassion in the U.S. for previously mostly ignored persecuted Christians is one of the very few upsides of recent Middle East strife. So too is a possibly more serious examination by evangelicals of Just War teaching. Fairly or not, evangelicals have been accused of reflexive support for U.S. military action. With Syria, evangelicals are defying the stereotype.

Yet reactions to Syria raise new questions for evangelicals especially about how to address U.S. foreign and military policy within a serious Christian Just War perspective. Many have cited statements by Middle East Christians leaders opposing U.S. strikes, opposition that no doubt is deeply sincere. But as a besieged and small minority, Middle East Christians can only speak in ways that don’t further undermine their position. Public opposition by them to U.S. and Israel is common. To do otherwise would be dangerous.

Political counsel from local church leaders in any region will reflect varying degrees of self-interest, coercion, limited wisdom and access to information as well as nationalist loyalties. Overseas Christians are no less fallible than U.S. Christians.

More complicated is whether U.S. Christians should prioritize U.S. interests, or even global security, over local Christians. German Christians during World War II, even if anti-Nazi, did not welcome the U.S. Eighth Air Force or U.S. troops crossing the Rhine. Russian Christians in the Cold War era Soviet Union officially denounced the U.S. and supported their regime. They had little choice, of course, but their statements may at times have been sincere. The defeat of Nazi Germany would have been nearly impossible without U.S. alliance with the Soviet Union, possibly the most murderous persecutor of Christians in history.

Finally, U.S. Christians, evangelical or otherwise, probably need to rethink and update the Just War tradition in an era of non-state terrorism, failed states, and proliferating weapons of mass destruction. Pacifist and pseudo pacifist church voices, some espousing “just peacemaking,” are increasingly popular but largely irrelevant to actual statecraft. Security is a moral imperative, and Christians are obliged to offer practical counsel in situations, like Syria, where there are no blatantly clear moral answers. 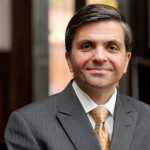 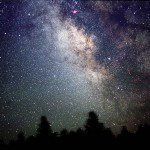 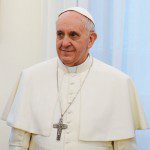 October 8, 2013 Mistaking God’s Will for Our Own
Recent Comments
3 Comments | Leave a Comment
Browse Our Archives
Related posts from Philosophical Fragments