What Richard Dawkins May Never Understand

I’m truly grateful as ever for the following reflection from Peter Wehner, one of the evangelical public intellectuals who most commands my attention and respect due to his experience in the policy realm and his thoughtfulness in all areas:

In his interview with The New Republic, Richard Dawkins – after asserting several times that religious faith is “belief without evidence” – had this exchange with Isaac Chotiner:

IC: I am curious how much you try to convince people about religion. I am sure you have heard people say that you are a great advocate for science and others who say that you alienate people. Do you worry about that?

RD: There may be some people who are turned off, but I think there are a lot who are not. Possibly we need both approaches. When I sign books, I get lines of people and what they usually say is: “Thank you. You have changed my life.” I am really moved by that.

IC: These are people of faith?

RD: They are either people of faith who have lost their faith from reading my books, or they are people who had already lost their faith, and something about my books encouraged them to affirm that.

I wanted to deal with both statements by Dawkins, beginning with his claim that faith is belief without evidence. That’s actually not true. To take just one example, there certainly is a case to be made – not a dispositive case but certainly a serious one –that the resurrection was an actual historical event. (Dawkins might start with Professor N.T. Wright’s magnificent The Resurrection of the Son of God.)

To be sure, one cannot “prove” that Christianity is true. Of course one cannot prove with certainty that Socrates was a real person rather than a figment of Plato’s imagination, either. But there’s more to it than that. As the author of the book of Hebrews wrote, “faith is assurance of things hoped for, proof of things not seen.” And Jesus, in dealing with a skeptical Thomas, told him, “Blessed are those who have not seen and yet have believed.” So there is something in the nature of faith, qua faith, that requires belief that goes beyond the available empirical evidence. Why that might be so requires more of an explanation than I can do full justice to here.

For now, though, I want to turn to the special satisfaction Dawkins finds in playing a role in people losing their faith. When reading this interview it struck me as odd for a person to take such delight in trying to shatter the faith of others. It is one thing to be unsure of whether God exists or to have crossed into the world of outright atheism. But to commit a large part of your life to attacking God and those who believe in God strikes me as a strange obsession. And an indication, perhaps, that on some deep level, Dawkins carries some amount of upset at others for possessing something he does not. Whatever the case, something unusual is going on here.

Now I understand that Dawkins, an evolutionary biologist, believes he is puncturing what he considers a pernicious myth. He is, after all, a man whose foundation’s mission statement includes understanding the natural world “in the quest to overcome religious fundamentalism, superstition, intolerance and human suffering,” and whose website features A Manual for Creating Atheists. Professor Dawkins’s atheism has an almost religious zealotry about it.

As for me, faith has never come very easily or naturally. I’ve grappled with theological questions from the moment I began exploring Christianity and they’ve been a part of my pilgrimage ever since. Long ago I understood that for me at least, a life of faith had to leave some room for some uncertainties, that questions I struggle with and inquiries I have appear to bother some others not at all. And so as one might imagine, when I look back over the course of my life, among the people for whom I am most grateful are the ones who have encouraged me along the way, who in taking the time to respond to my questions with some care and intellectual integrity while giving room for my puzzlements have dispensed a kind of grace unto me. (Philip Yancey once said that God has more tolerance of doubt than most churches.)

In all of this I’m reminded of a passage from John Bunyan’s The Pilgrim’s Progress, in which near the end of the journey we read this:

Thus they went along toward the Gate. Now you must note, that the City stood upon a mighty Hill, but the Pilgrims went up that Hill with ease, because they had these two men to lead them up by the arms; … They therefore went up through the region of the air, sweetly talking as they went, being comforted, because they safely got over the River, and had such glorious Companions to attend them. The talk that they had with the Shining Ones was about Glory of the place, who told them that the Beauty and Glory of it was inexpressible.

It turns out that there is a place of relief for pilgrims who are weary and faint in the way; and that for those of us of the Christian faith, the answer is at the foot of the cross. As for Richard Dawkins, one can only hope that one day he will make his own inner peace with those of us who can say, in the words of the old Irish hymn, Heart of my own heart, whatever befall, still be my vision, O Ruler of all. 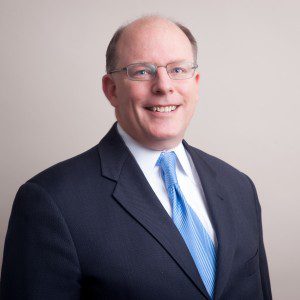 Peter Wehner is a Senior Fellow at the Ethics and Public Policy Center. He worked previously in the administrations of Ronald Reagan, George H. W. Bush, and George W. Bush, where he was deputy assistant to the President. He writes widely on political, cultural, religious, and national-security issues and is coauthor with Michael Gerson of City of Man and with Arthur Brooks of Wealth and Justice 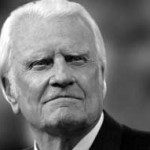 November 4, 2013
Can Billy Graham Bring Hope to Millennials?
Next Post 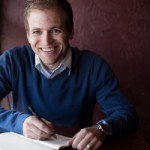