From Ferguson – A Different Voice

Look, I get anger. I get injustice. I get the sense that people need to do something about it. But I don’t get senseless violence and destruction, which is why I’ve stayed quiet about Ferguson. Many others have done a fine job commenting on it.

However, I just came across a great video of a St. Louis native, Terrence Williams, whose photo went viral when it was recently published by the Huffington Post.

Honestly, I’m conflicted. I don’t think a photo like this should be news. Then again, I’m glad we’re seeing faces of Ferguson that we might not otherwise see.

Watch it. Great expressions of vocation, peace, and faith. I’m convinced that there are more people like Terrence. They just don’t capture the media’s attention.

Interesting that it’s Terrence who makes the news. Is it because of the color of the skin, perhaps his age/sex? After all, there’s another person in that picture… 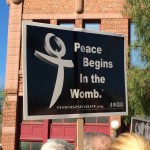