The Institute of Medicine and the Department of Health and Human Services are proposing mandating coverage of FDA approved contraception and sterilization by private insurance companies nationwide. 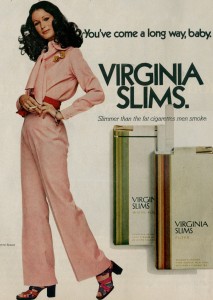 Cardinal DiNardo, chair of the US Bishops Pro-Life Committee, put out a good statement in which he noted first and foremost that fertility is not a disease. If it is, convince all the couples that are struggling with infertility, many of whom are spending tens of thousands of dollars to try and correct the problem.

During the various discussions on healthcare, I’ve wondered about the affordability of healthcare. Make no mistake, I’m not saying that it’s cheap. But I do think that people make choices about how they spend their money and that they could choose to spend some of it on healthcare. Or not.

The Heritage Foundation just released a report on poverty in America. Sadly, those who are truly poor are eclipsed by those who fall under the broad government standards of poverty.

The average poor American has more living space than the average European, not the average poor European. The majority of poor families in the US tend to have a television, cable or satellite television, a cell phone, a computer, and a whole host of other amenities. Some will argue that technology and other goods are cheaper than they used to be and, hence, more available. That’s all fine and good, but people still have a choice of whether to spend their money on amenities or necessities like healthcare. I don’t consider contraception part of healthcare, but obviously if one has the money for extras, one also has money to pay for contraception.

In addition, many of these amenities are not one-time expenses. TVs, computers, and cell phones generally come with monthly expenses for cable or satellite, internet, voice and data plans. That all adds up to quite a bit, enough even  to pay for health insurance.

Mandating coverage also means that everyone has to support it not only through their tax dollars, but with the money that they pay for private insurance. Oh wait, not everyone pays taxes and not everyone pays for their own health insurance. But those who do, will be forced to cover practices even if said practices violate their personal and religious beliefs. Religious freedom, anyone?

Contraception is often seen as the blanket solution to unwanted pregnancies and spiraling poverty. In theory, it may sound great; but in reality it doesn’t work. Literally. The Alan Guttmacher Institute (the research arm of Planned Parenthood) reported that 46 percent of women seeking abortions were not using contraception during the month that they conceived. This means that 54 percent were using contraception and got pregnant. So either contraception is not all that effective and/or people don’t use it properly.

For me, the bigger question is when do we start to encourage personal responsibility? – Responsibility for decisions about our sexual behavior, spending, procreation, etc.

Baby, you’ve come such a long way, there’s someone else taking responsibility for you.

A Virus of a Film: A...
Steel Magnificat
Related posts from Pia de Solenni