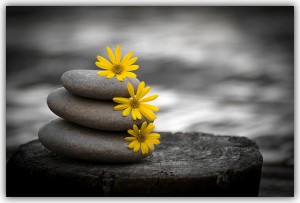 The Atlantic Monthly has a provocative article by Tomas Rocha on the dangers of meditation. I wouldn’t by any means consider it a definitive article, but it raises a lot of interesting matters. He highlights the research of Dr. Willoughby Britton, an assistant professor of psychiatry and human behavior, who works at the Brown University Medical School and is doing a project to study the adverse effects of meditation, primarily Buddhist influenced meditation.

First, there’s a fellow who’s had a very bad experience with meditation:

“I started having thoughts like, ‘Let me take over you,’ combined with confusion and tons of terror,” says David, a polite, articulate 27-year-old who arrived at Britton’s Cheetah House in 2013. “I had a vision of death with a scythe and a hood, and the thought ‘Kill yourself’ over and over again.”

Not good at all.

There are more not-good outcomes related in the article.

But this section really intrigued me:

One of the central questions of Dimidjian’s article is this: After 100 years of research into psychotherapy, it’s obvious that scientists and clinicians have learned a lot about the benefits of therapy, but what do we know about the harms? According to Britton, a parallel process is happening in the field of meditation research.

“We have a lot of positive data [on meditation],” she says, “but no one has been asking if there are any potential difficulties or adverse effects, and whether there are some practices that may be better or worse-suited [for] some people over others. Ironically,” Britton adds, “the main delivery system for Buddhist meditation in America is actually medicine and science, not Buddhism.” [Emphasis mine.]

In general, I think there’s a need for good psychotherapy. I’m just not convinced that a lot of what’s out there is good or that it’s being practiced by healthy individuals. But I think it’s fascinating that the researcher Britton references raises the question, “[W]hat do we know about its harms?”

And the following paragraph is even more revealing, namely that psychotherapy [or however one chooses to interpret the term “medicine and science”] is pushing Buddhism. For a long while, I’ve thought that attitudes communicated as “healthy” by some psychotherapists sounded way too zen. For example, there’s a lot of language about “boundaries.” Boundaries are good and healthy, but I’ve seen people get to the point where they have so many boundaries that they’re no longer vulnerable. I sometimes question their ability to be truly relational because every interaction has to happen on their terms or else their peace is disturbed. After all, they’ve got their boundaries.

For me, as a Christian, vulnerability is a key to being both human and Christian. It is the key to loving and being loved. CS Lewis commented something along the lines of “Love anything and your heart will surely be broken. The only place that your heart will be free from being broken is in hell [where it cannot love].”

Recently, I met a good therapist who is also a Catholic. He believes that psychotherapy is dominated by Buddhist influence. I agreed based on my very remedial knowledge. But finding the same indirectly supported by this article surprised me.

Again, let me emphasize. Boundaries = good. But all things in moderation. I don’t like boundaries that isolate me. I guess if that’s what someone else chooses, that’s one’s own business. But, sitting in my proverbial armchair, I don’t think it’s healthy.

*Please note that the article is only addressing generally only one form of meditation, not all forms.

June 29, 2014 When You Want Something Done, Ask A Woman - Archbishop Sample Consecrates Portland Archdiocese to the Immaculate Heart
Recent Comments
0 | Leave a Comment
"This says it"
bobic Don’t Make The Church A Stepford ..."
"Thank you for always going above and beyond to ensure the success of a project."
Daniel Mike Is James Foley A Martyr? 16 ..."
"We have entered the "age to come" foretold by Jesus in Mark 10:30, the Glorious ..."
Edward Palamar The Real Problem(s) With NFP
"We have entered into the "age to come" foretold by Jesus in Mark 10:30.http://risen-from-the-dead...."
Edward Palamar Moving Forward: Muslims And Jews Show ..."
Browse Our Archives
get the latest from
Catholic
Sign up for our newsletter
POPULAR AT PATHEOS Catholic
1