The Reality TV We Should Be Watching

The Reality TV We Should Be Watching August 13, 2014 Pia de Solenni

CNN has excellent footage of delivering food to the Yezidis in Iraq and rescuing some of them. People need to see this footage. This is how bad it it is for Yezidis and Christians. H/T The Daily Signal which has an excellent photo essay on this topic. Here’s a teaser. Do visit TDS for the whole series.

These are real people.

This is real suffering.

This is religious persecution.

The Vatican, through the Council for Interreligious Dialogue issued a statement enuntiating the need for a response to the plight of these innocent people whose only crime is to have different religious beliefs from the Islamic State (formerly ISIS):

The whole world has witnessed with incredulity what is now called the “Restoration of the Caliphate,” which had been abolished on October 29,1923 by Kamal Ataturk, founder of modern Turkey. Opposition to this “restoration” by the majority of religious institutions and Muslim politicians has not prevented the “Islamic State” jihadists from committing and continuing to commit unspeakable criminal acts.

-the massacre of people on the sole basis of their religious affiliation;

-the despicable practice of beheading, crucifying and hanging bodies in public places;

-the choice imposed on Christians and Yezidis between conversion to Islam, payment of a tax (jizya) or forced exile;

-the forced expulsion of tens of thousands of people, including children, elderly, pregnant women and the sick;

-the abduction of girls and women belonging to the Yezidi and Christian communities as spoils of war (sabaya);

-the imposition of the barbaric practice of infibulation;

-the destruction of places of worship and Christian and Muslim burial places;

-the forced occupation or desecration of churches and monasteries;

-the removal of crucifixes and other Christian religious symbols as well as those of other religious communities;

-the destruction of a priceless Christian religious and cultural heritage;

-indiscriminate violence aimed at terrorizing people to force them to surrender or flee.

No cause, and certainly no religion, can justify such barbarity. This constitutes an extremely serious offense to humanity and to God who is the Creator, as Pope Francis has often reminded us. We cannot forget, however, that Christians and Muslims have lived together – it is true with ups and downs – over the centuries, building a culture of peaceful coexistence and civilization of which they are proud. Moreover, it is on this basis that, in recent years, dialogue between Christians and Muslims has continued and intensified.

The dramatic plight of Christians, Yezidis and other religious communities and ethnic minorities in Iraq requires a clear and courageous stance on the part of religious leaders, especially Muslims, as well as those engaged in interreligious dialogue and all people of good will. All must be unanimous in condemning unequivocally these crimes and in denouncing the use of religion to justify them. If not, what credibility will religions, their followers and their leaders have? What credibility can the interreligious dialogue that we have patiently pursued over recent years have?

Religious leaders are also called to exercise their influence with the authorities to end these crimes, to punish those who commit them and to reestablish the rule of law throughout the land, ensuring the return home of those who have been displaced. While recalling the need for an ethical management of human societies, these same religious leaders must not fail to stress that the support, funding and arming of terrorism is morally reprehensible.

That said, the Pontifical Council for Interreligious Dialogue is grateful to all those who have already raised their voices to denounce terrorism, especially that which uses religion to justify it.

Let us therefore unite our voices with that of Pope Francis: “May the God of peace stir up in each one of us a genuine desire for dialogue and reconciliation. Violence is never defeated by violence. Violence is defeated by peace. ” [Emphasis mine.]

Indeed, that is the question, what credibility will any religion have if its members do not promote and defend human dignity?

Watch some real reality TV and do whatever you can to help, starting with your heartfelt prayers and encouraging others to look reality in the face.

August 7, 2014
Genocide. The Price of Leading from Behind.
Next Post

August 15, 2014 The Best Article I've Read On Robin Williams
Recent Comments
0 | Leave a Comment
Browse Our Archives
get the latest from
Catholic
Sign up for our newsletter
POPULAR AT PATHEOS Catholic
1

If Any Drug Tested on HEK-293...
Through Catholic Lenses
Related posts from Pia de Solenni 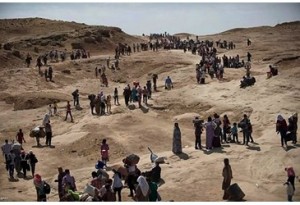 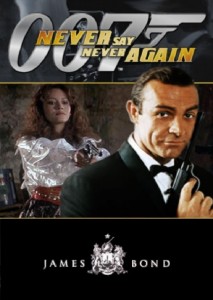 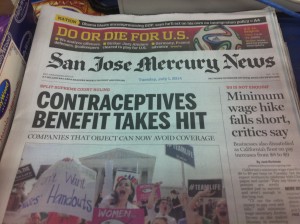 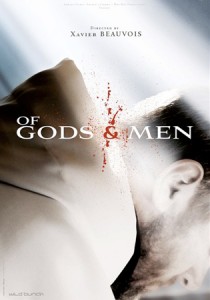