40+ And The Church/Pastoring Those In Second Adulthood

Last May, after hearing from more than 400 people over the age of 40 about the nature of their relationship with a local church, I made these observations:

Church leaders must do some serious thinking about their models for spiritual health, growth and church “success”. Yes, I know there are hundreds of people speaking and writing about how and why to do this, all promoting their specific fix for the problems of our churches (Be missional! Be multi-site! Formal liturgy/modern worship/yada yada yada! Reformed theology! Reach families/youth!). The focus many leaders have had on endlessly building and tinkering with church forms and structures has burned (and burned out) a sizeable number of older members. Many of my survey’s respondents willingly participated in earlier versions of the same old carnival ride when they were younger and wisely recognize that it is insanity to keep repeating the same cycle of church life and expect different results.

Church leaders need to reconsider how they speak of and nurture spiritual maturity in their congregations. The fact that almost half of those over 40 who took my survey are less involved in their congregations today than they were ten years ago is, in many cases, a marker of their spiritual maturity, though precious few church leaders would likely assess it in that way. Many older people are limited from church involvement because they’re caregivers for frail parents, ill spouses or their grandkids. Others have “aged out” of their church’s family-centered programming, and have found other ways in their community to connect, serve, mentor and learn. Filling a slot on a church org chart may be a sign of a member’s church commitment, but it is not a measure of his or her spiritual maturity. Churches that understand themselves as launch pads rather than destinations appear to be poised to best equip those over 40 to flourish when those in their second adulthood are bearing their fruit outside the four walls of a local church. These congregations that embrace and celebrate these people will have the additional benefit of continuing to access these members’ gifts, experience and presence.

More than 60 pastors and church leaders shared some observations about their experience ministering to and with congregants over 40 in the survey I ran last month on this blog. (Note: The survey is still open if you’d like to weigh in, though I did award amazon gift card to respondent KC over the weekend.) I am very grateful to each one who participated.

This week, in my Paul’s Letters & Acts class at Northern Seminary, prof Scot McKnight suggested that there are three general categories of pastors in our modern world: the Entrepreneurial leader (think Bill Hybels or Rick Warren), the Preacher-Teacher-Theologian (John Piper is an example of someone whose primary focus is to give the congregation excellent sermons each week), or Pastor as Spiritual Director (Eugene Peterson, a shepherd committed to formation of souls).

While Entrepreneurial types have always been with us – think Billy Sunday or Charles Finney, for a couple of examples from a few generations ago – many Boomers really gravitated with this oh so modern control-and-command style of leadership. The main alternative to having C.E.O. helming a church in most Evangelical congregations was the Preacher-Teacher-Theologian (P-T-T) type. (I would suggest that of the three in the hypenated list, “Teacher” tended to be up at the top of the list.) Church-as-classroom made many of us over 40 feel as though we on familiar turf at church. If we acquired a nugget of koine Greek from the message and a task to do or fix in our lives in the coming week, then church had done its work in us. While some of the parents of Boomers may have grown up in small churches with a spiritual director-type pastor, this type of pastor is far less familiar to most of us.

C.E.O. and P-T-T church leaders offer tools and motivation to those in the first half he first-half-of-life business of building a family, career, and identity. (Richard Rohr’s excellent meditation on second-half spirituality, Falling Upward, notes that churches in general tend to focus on “first half” concerns.) I’d like to suggest that those in the second half, who are given to dismantling first-half life structures in order to create meaning and leave a spiritual legacy, may be looking for less command-and-control and more spiritual direction from their churches. I’d even suggest that some of the issues of inflexibility and spiritual malaise from older members that some pastors reported in my recent survey might be this desire in a form that congregants maybe haven’t even been able to articulate, except in the form of becoming a problem to a leader.

Those who are leaving or downshifting engagement from their local churches are searching for spiritual meaning, not another ride around the same old merry-go-round. That goes for younger congregants, too. Millennials as a demographic are far less inclined to be interested in C.E.O. or P-T-T leadership than Boomers were, though there are some pockets of exception to this in the “young, restless, Reformed” world.

Most church leaders I’ve known want to care for their congregants. How that care is expressed flows out of their own brokenness, ideals, theology, and relationship with God, as well as the expectations within their own spiritual tribe. This stew leads them to express their care as they work their way to one of these different pastoral models. What I’m suggesting may sound like I’m suggesting they switch horses if they’re a C.E.O. or P-T-T. That isn’t necessarily the case. In my next post in this series, I’ll do a little more thinking out loud about what a culture of spiritual direction might look like based on what I’ve heard from congregants, ex-congregants, and leaders alike.

What do you think about this proposition?

Note: If you have not yet read Mary DeMuth’s excellent post “Ageism In An Age Of Hipster Christianity” at A Deeper Story, please hie thee there ASAP. She is touching on many of the themes I’ve tackled in my posts and surveys in this space about the relationship of those over 40 with their local churches.

March 3, 2014
The Unfortunate Art of Female Self-Sabotage
Next Post 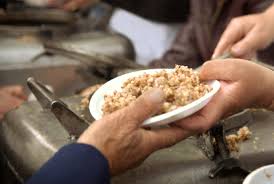 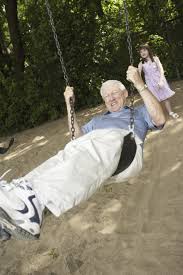 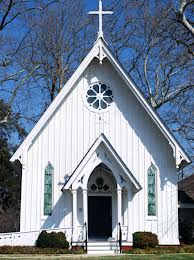