I used to cringe at the word “ecumenical”. It smacked of engineered truces and kumbayah emotions. It conjured images for me of 1960’s World Council of Churches meetings and “So a priest and a rabbi walk into a bar” jokes – only the jokes never seemed to have a good punchline since everyone involved in ecumenical dialogue seemed to take themselves as seriously as a heart attack. 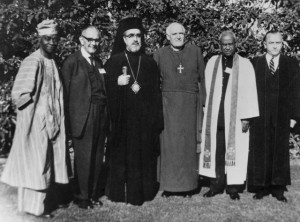 I much preferred conversations about unity to ecumenism talk because it took me right to Jesus’ final prayer for us. I leaned on that word for several years in my work with Catalyst Lake County (which eventually became Christ Together Chicago before the organization reorganized itself and focused on networking pastors in specific geographic locations to collaborate on evangelism). I am a sucker in the holiest possible way for honest-to-goodness moments of unity. Perhaps because in the midst of this fractured, contentious, ambitious Christendom we see too much of these days, when I see Jesus prayer answered even just a little bit, the “now and the not yet” of the kingdom shifts. It’s less not yet and more now. An elderly person gentling a frantic young mom’s baby into calm after a long Sunday morning church service. One church helping a neighboring church rebuild after a tornado hits the facility – and throws in some work hours at a nearby community center for good measure. People from different congregations coming together to study, to worship, to pray, and discovering that Jesus is the cornerstone of their “without walls” building. 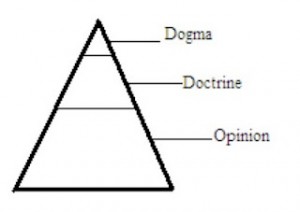 Or maybe I’ve been wrong about the word “ecumenism”. Merriam-Webster tells me that it was first used in 1587, an era when Jesus’ followers were going full-tilt towards splintering into a gazillion different pieces. It means “worldwide or general in extent, influence, or application; of, relating to, or representing the whole of a body of churches; or promoting or tending toward worldwide Christian unity or cooperation.”

A few weeks ago, I noticed that the word was being used in its dictionary sense to help describe a new gathering taking place at Willow Creek on Sunday evenings we’ve recently begun attending. And then in a recent conversation with someone I don’t know well, he told me as a compliment that my experience in many different churches and with many different kinds of believers has given me the gift of ecumenism. He went on to explain that I know how to hear God’s voice through the varied worship expressions and spiritual accents of many different kinds of believers. Ecumenism as a gift? Whatwhatwhat?

The question of what it would take to bridge the divides that exist among us came to me last week via an invite to jump into the conversation through Kathy Escobar’s April syncroblog theme. The problems are so big and seemingly intractable – mountain-sized. I am not naive enough to believe that any single impulse or act will turn that mountain of divides into a molehill. But it may be that the kind of ecumenism of which I was “accused”, the kind that can understand God’s voice though it may come to me through the Canterbury intonation of an Anglican liturgy, the folk dance worship of Messianic believers, the all-voices-raised intercession of a group of Asian pray-ers, the gritty call-and-response of a storefront church, the carefully-crafted theologies of this group or that one or most especially those obnoxious people over there…can we maybe simply learn to listen for God’s voice in all of the cacophony, and affirm it when we hear him? Because that kind of ecumenism might just lead to the kind of unity that looks suspiciously like love.