When The Heart Waits: Chapter 3

Philosopher Soren Kierkegaard wrote that “the ultimate thing” is whether you yourself are conscious of that most intimate relation to yourself as an individual. This “ultimate” recognition is a necessary part of growing up. – Sue Monk Kidd 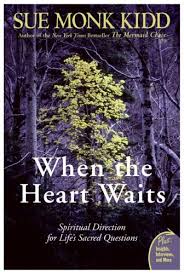 I’ve been blogging through Sue Monk Kidd’s 1990 classic about midlife spiritual transformation, When The Heart Waits. Click here to read earlier posts in the series.

Chapter 3 opens with a crash course in Carl Jung’s developmental theories, as interpreted through a Christian world view. These ideas have been fleshed out further in seminal works by James Fowler and by Hagberg and Guelich. I won’t regurgitate here except to say that the language of first few pages of the chapter may be a bit thick if you’ve never read about ego structures and false selves. Kidd herself reframes the language in terms of necessary brokenness and surrender before moving to a valuable discussion about the “they” forming our identity during the first half of our lives.

“We may like to think that we’re individuals living out our own unique truth, but more often we’re scripts written collectively by society, family, church, job, friends, and traditions…we need our roles and identities, of course, but we also need to live them authentically, in ways that are true to our unique and inner self. When we live exclusively out of the expectations thrust on us from without, rather than living them from the truth emerging within, we become caught in the collective ‘they’.” This sort of talk may sound like flaming heresy to a generation of Christian women who had these first-half of life roles underscored with talk of “Jesus first, others second, yourself last”, she wrote. (I wrote about this very issue here.) While we all battle selfishness and its root sin, pride, we have learned to call things sin that may not be.

In fact, our sin may be lurking in the false identities we form. He who is the way, the truth and the life invites us through the crisis of midlife to cast those off and follow him. He didn’t call the person I thought I was supposed to be – the dutiful wife, the good mother, the always-cheerful employee, the willing volunteer. He called the real me, the one he made, and knows intimately. The one for whom he died.

Kidd writes about the tendency in many women to become pleasers who find their identity in the validation of others. She wrote,”It’s amazing how many women remain stuck at this girlish level of development. It’s understandable, though, when you realize how much around us encourages it. Everybody loves a pleaser. People who exhibit a mind of their own, straying from the status quo, are less welcome. Look at the life of Jesus. He wasn’t a pleaser. Rather than adapt to expectations, he lovingly dared to be his own person. You see where it got him.”

The remainder of the chapter covers some of the common false selves we put on during the first half of our lives in order to gain the love and acceptance of others: the Little Girl With A Curl (the pleaser), the Tinsel Star (the perfectionist), Rapunzel (the victim awaiting someone else’s rescue), Little Red Hen (the martyr), the Woodman (the “conceal, don’t feel” attitude we saw in Frozen), and Chicken Little (the avoider). Most of us have an identity that bears the imprint of this cast of characters. Some may play minor roles. Perhaps one or two may be dominant. I think I was perhaps most the Little Girl With A Curl and the Tinsel Star. Those roles prescribed by others come to all of us naturally as we find our way in the world, and may serve us for a season in our lives.

However, they are not the destination. The crisis of midlife is meant to pry those masks off of us. It doesn’t happen all at once, and we don’t always recognize it until it is well underway, but that sense of “who am I?” unmasked confusion can be the mark of a second half that is far less about living like an exile or refugee, and far more about becoming a pilgrim. Job said it truest: “Naked I came from my mother’s womb, and naked I will depart.” (Job 1:21). Stripped of the artifice of our acted roles, we learn to live this story in the second half of our lives.

If you’ve hit midlife, which of those fairy tale roles most characterized your first half? If you’ve been in the process of shedding those masks, what’s been the most challenging part of learning to live without them?

February 23, 2015 Who Are Our Esthers?
Recent Comments
0 | Leave a Comment
Browse Our Archives
Related posts from Pilgrim's Road Trip 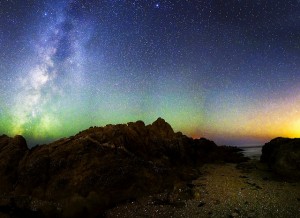 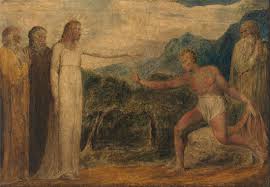 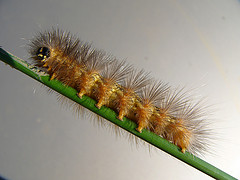